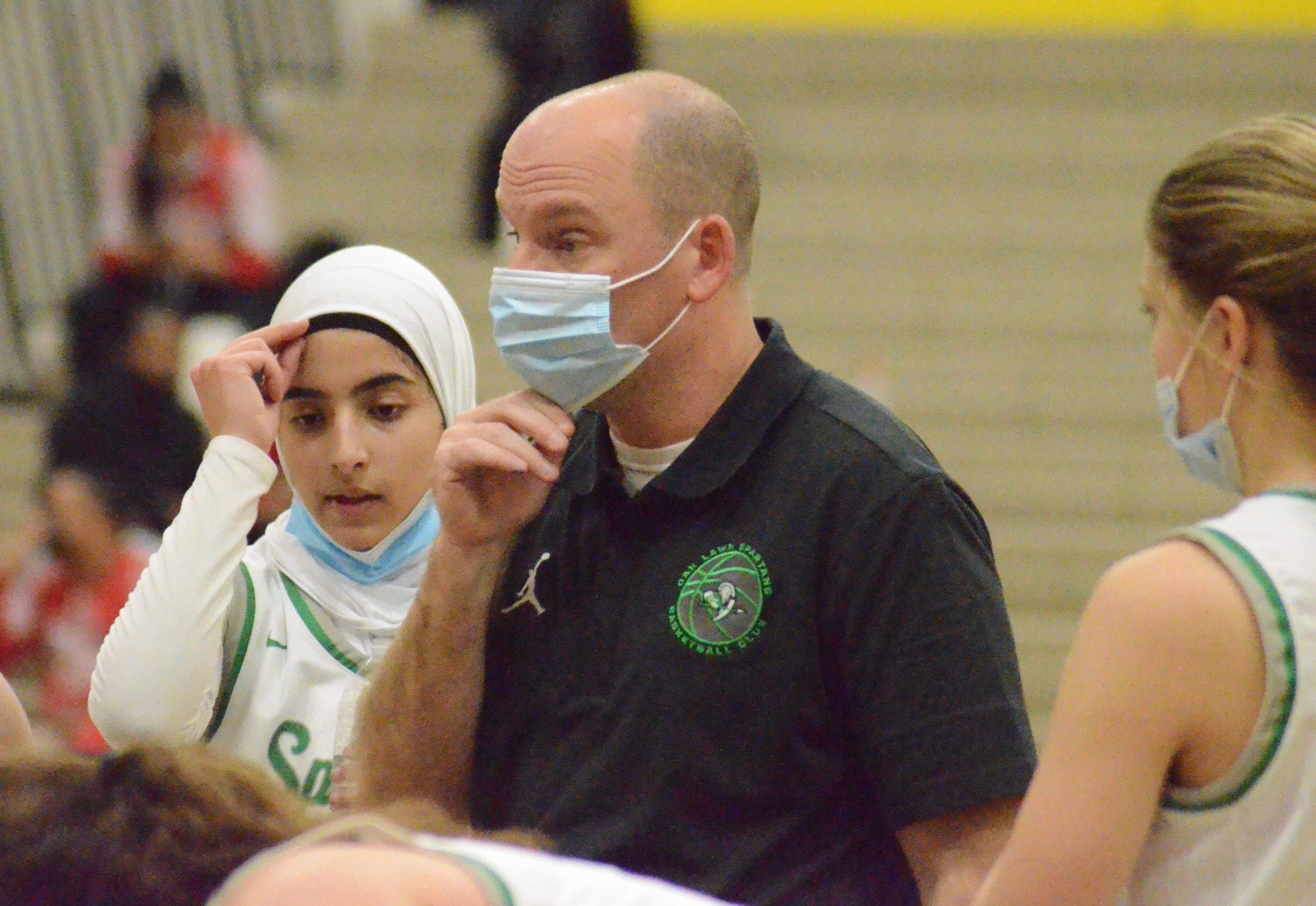 Four area teams competed in the eight-team Bobby Bolton Classic at Richards, and each showed some bright spots and had some sloppy moments.

That was to be expected. Richards, Oak Lawn, Chicago Christian and Shepard were all opening the season with young teams.

According to their rosters, 15 of 54 players on those teams are seniors and nine are either freshmen or sophomores.

Lincoln-Way East beat Thornton 67-29 in a non-area battle for the championship on Saturday.

Here is a closer look at the four local squads.

Oak Lawn
Two Spartans opened the tournament with a pair of double-doubles as the lone senior on the team, Mia Kennelly, had 17 points and 11 rebounds while junior Kate Dillon had 11 points and 10 boards in a 57-38 victory over Shepard.

Both were at it again in the second round in the wi over Richards, with Dillon scoring 19 points and pulling down 10 rebounds while Kennelly finishing with 16 points and 10 rebounds.

In a 62-22 loss to Lincoln-Way East, Kennelly scored half of the Spartans’ points.

In the win over Richards, Dillon led with 16 points and Shatha Abdeljaber added nine. 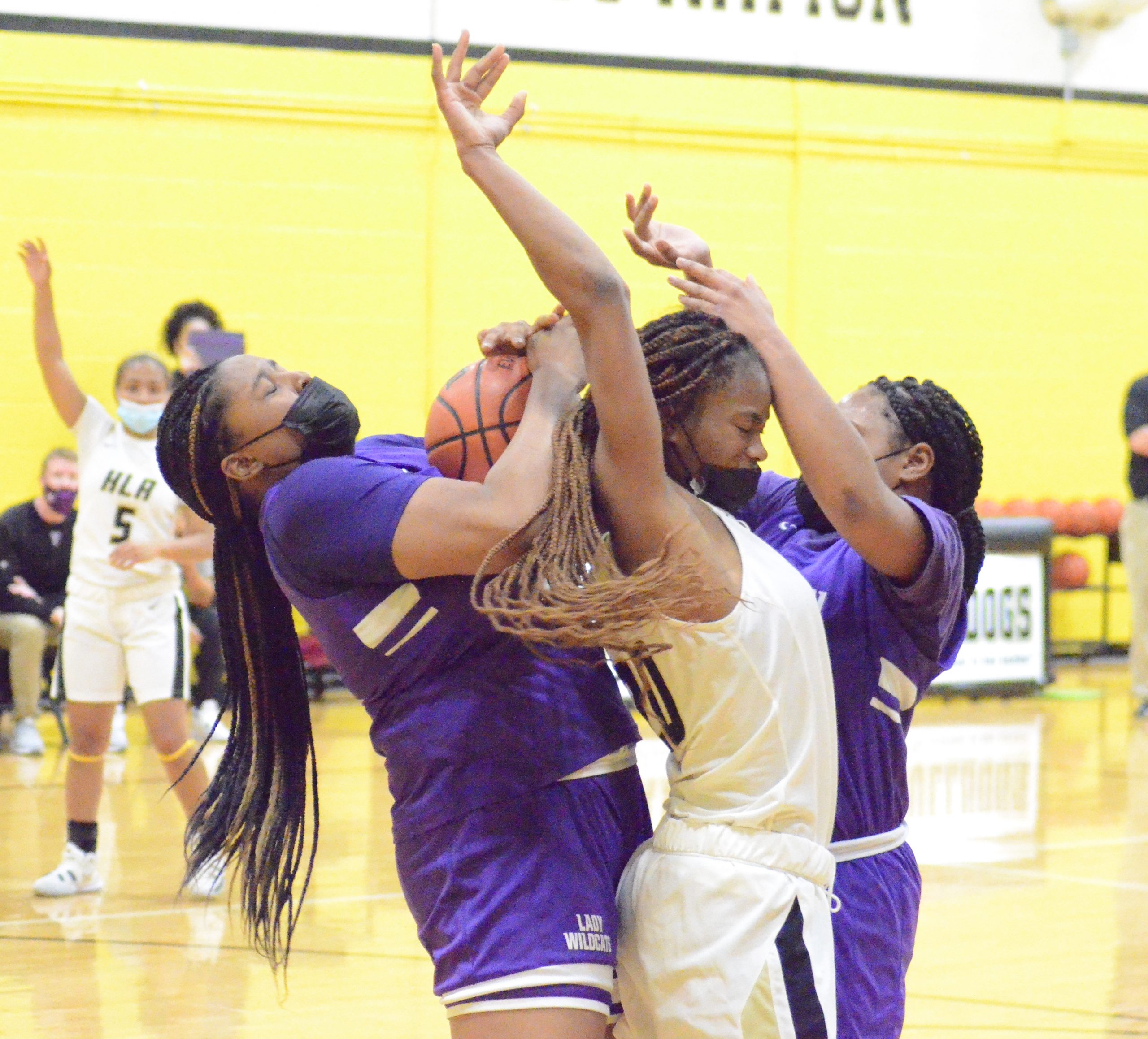 Richards’ Jada Cork takes contact as she is in the middle of two physical Thornton players at the Bobby Bolton Classic. Photo by Jeff Vorva

Richards
The Bulldogs opened its own tournament with a 43-25 victory over Chicago Christian as sophomore Iyanah Crosby made her varsity debut by hauling down 17 rebounds.

The final round of pool play saw them drop a 44-33 game to Thornton, with Niemeyer scoring 12 points. 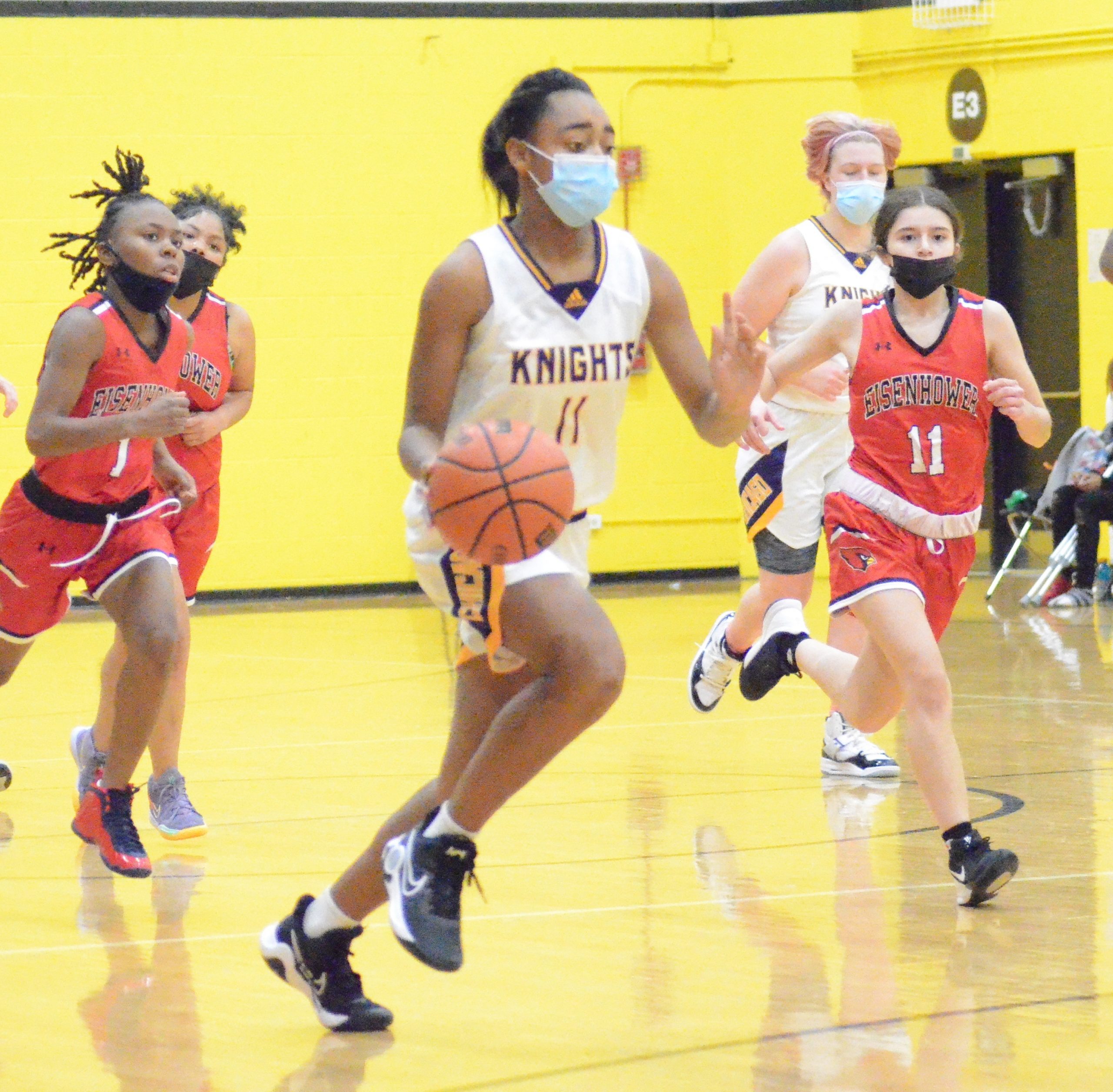 Chicago Christian
Karl Frixen’s squad is not only young, it was a little out of sorts without having the full team in practice during the preseason as players were involved in cross country and the volleyball team, which had an extended season after finishing third in the state in Class 2A.

The Knights got off to a tough start, scoring a combined 53 points in losses to Richards and Thornton.

Then, against Eisenhower’s Grinnell-style offense, they exploded for 51-16 victory as freshman Charity Love led with 12 points and junior Molly Bugos added nine.

Love had nine points in a 58-29 setback to T.F. South in the fifth-place game. 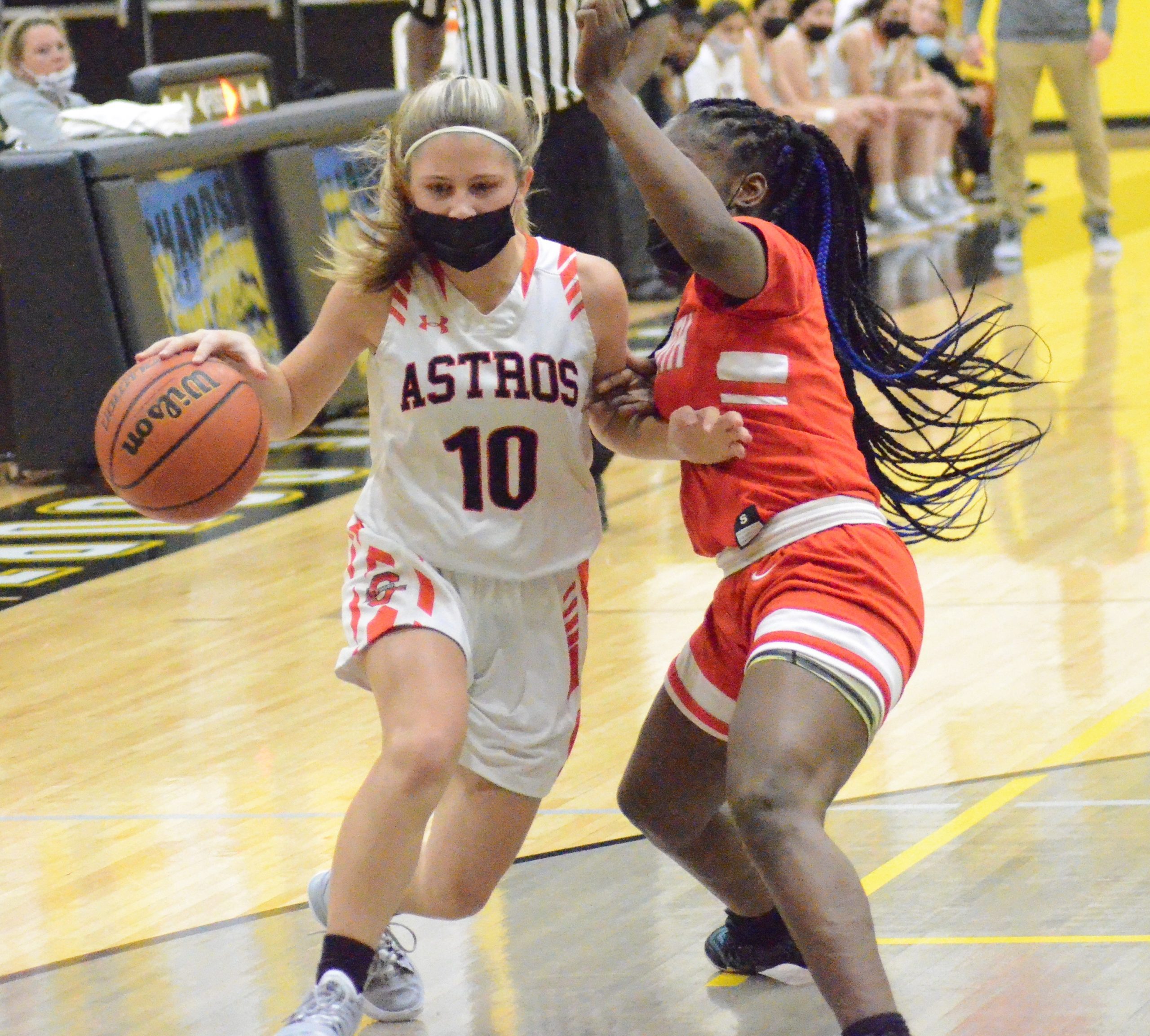 Shepard freshman Brianna Spain handles the ball in a game against T.F. South in the Bobby Bolton Classic. Photo by Jeff Vorva

Shepard
After two losses, the Astros came close to making it an all-Palos Heights fifth-game affair as they made a furious fourth-quarter comeback in a 49-47 loss to Thornton Fractional South in the third round of pool play.

They found success in the seventh-place game with a 51-21 victory over Eisenhower. Robin Stevenson had 18 points and Brianna Sweas came up with 10.