Marek Gil, like many residents, has questions about his property taxes. Plenty of questions.

Gil owns two properties, one in Hickory Hills and one in Justice. Asked if his taxes are too high, Gil replied: “Of course.”

Gil, who resides in Justice, was among a group of residents who attended the “Coffee with the Clerk and Assessor” event held Nov. 17 in the community room at the Township of Lyons headquarters, 6404 Joliet Road, Countryside. 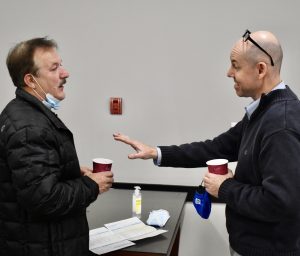 “I just want to make sure you’re getting all the discounts you’re entitled to,” Hynes said. “Your homeowners’ exemption is 1,200 bucks. When you turn 65, there’s a standard exemption, 80 percent of that $1,200.”

Hynes said he will research each property to make sure Gil is getting the discounts, “and also check the assessment on both of them, make sure they’re in line with other (properties in the area).”

A retired construction worker who had a quintuple bypass heart surgery, Gil, 65, left the meeting satisfied.

“It’s been really nice,” Hynes said later. “Casual. Have a cup of coffee.”

One of the residents Hoffenberg met with was Henry Marciniak, 76, of Brookfield.

“We’re coming into the holiday season, we’re all checking in with each other, making sure we’re all doing okay,” Hoffenberg told him.

Marciniak said township officials have helped him over the years, “and I wanted to meet the new people.” Hoffenberg and Hynes are newly elected.

Township officials have “helped reduce my property taxes and gave me some advice on other issues that I had,” Marciniak said.

“Very nice to work with,” he added.

“I had forgotten to qualify for the veterans (exemption), you have to be disabled, which I am not,” Stetz, a Navy veteran, said.

He said his property tax bill is more than $10,000, “and I have the smallest house on the block.”

“We got everything we’re entitled to,” he said after talking with Hynes. “I just wanted to double-check.”

Hoffenberg was pleased to have co-hosted the event. She got the idea from Countryside Mayor Sean McDermott who also hosts coffee meetings with residents.

“A lot of people are asking what types of services does the clerk’s office provide,” she said. “We are here to support the community. We particularly like to support the seniors.”

“We do things like assist with obtaining handicap placards, we assist those who live in the unincorporated areas getting different sorts of service, pretty much any issue anyone has,” Hoffenberg said. 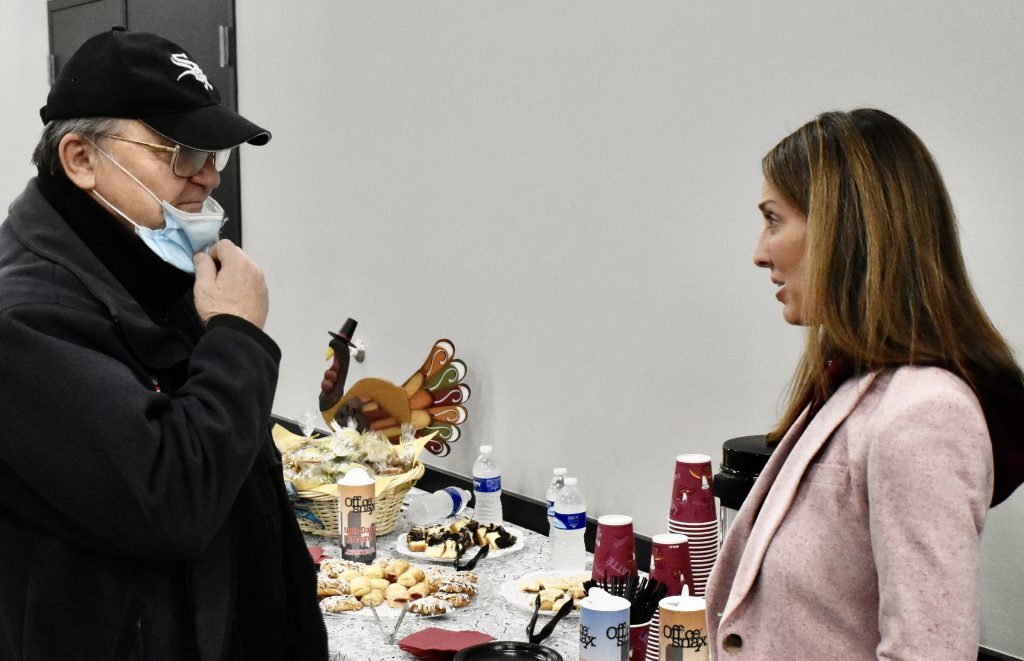