The $400 million redevelopment plans for the former LeClaire Courts public housing site were laid out over lunch at a recent meeting of the United Business Association of Midway.

The 33-acre site at the northeast corner of Garfield Ridge stretches from the Stevenson Expressway (I-55) to 45th Street, between Cicero and Lavergne Avenue. Hundreds of families lived in the LeClaire Courts low-rise public housing development that was there from 1950 until it was razed 10 years ago. 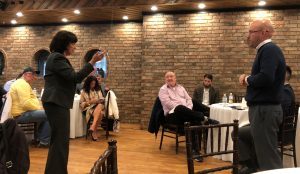 “I’m very excited to be the steward of this project,” said Rodriguez, whose ward includes the site, pointing to the hundreds of millions of dollars in investment and jobs it will bring jobs to the Southwest Side.

Bill Velasquez, community liaison for Cabrera, said his company will invest $400 million in the multi-phase development encompassing most of the site, except for six acres set aside for the new Academy for Global Citizenship charter school. He expects it will create 775 construction jobs and 665 permanent jobs.

“We won’t be a developer that just drops in and leaves. This is kind of a coming-out for us, introducing ourselves to you as a new neighbor would,” said Velasquez.

The Phase 1 plans that he said were passed “unanimously and enthusiastically” by the city Plan Commission on Oct. 21, include a 6,000 sq. ft. “quality grocery store,” and a 50,000 sq. ft. health clinic offering medical and dental care for people of all ages. Two mixed-income five-story apartment buildings with commercial space on the ground floor will face Cicero Avenue south of 44th Street. The apartments will be a mix of studios, one- and two-bedroom units.

“We’re just waiting for the letter of intent so we can officially name the grocer,” said Velasquez, adding that it could come any day. “There will be tables outside it for people to eat outside, with open space for live events.”

He predicted a groundbreaking in the second or third quarter of 2022.

But first, the project will go before the City Council’s Zoning Committee this month, followed by a vote by the full City Council, probably in December.

“Some people coming off the Stevenson Expressway at Cicero might see something not as positive as we would like. But I see a blank canvas,” said Rodriguez. “All my life has been dedicated toward building neighborhoods and communities. And any kind of development needs to integrate business. We are really interested in broader commercial developments along Cicero Avenue,” the alderman continued, adding that “the mixed-income housing will be done in a very forward-thinking way.”

Archer Heights Civic League President Thomas Baliga said for the development to be successful, the Illinois Department of Transportation must prioritize the Gateway to Midway plan, including widening Cicero Avenue by one lane in each direction under the Stevenson. He said this would eliminate the problems caused by vagrants who congregate there, panhandling for change at the expressway exit and using drugs.

He brought photos of a recent cleanup by IDOT staff, which netted bags of used needles and other trash.

Rodriguez said the recently approved federal infrastructure bill could free up money to go toward that effort.

Residents who were relocated when the CHA demolished LeClaire Courts were promised a right to return to any new development, and Velasquez said that will be honored.

“We are doing this on CHA land—they have been great partners—so there will be high-quality public housing, units affordable for working families, and market rate-housing. We are going to bring 650 to 700 housing units in phases over a period of years. There might be as many as 100 units of senior housing to be planned in a later phase,” said Velasquez.

“While CHA residents will be invited back, there will be affordable housing for new residents too,” he said, explaining that the exact number of homes will depend on the developer getting tax credits to make the project feasible.

“I think the senior housing should be a priority. It seems like it is going to be a cradle-to-grave community with a lot of amenities, so prior to the grave, we want some housing,” said UBAM President Anita Cummings, who praised the project in general.

Velasquez said the commercial development will be concentrated between I-55 and 44th Street, with green space and walking paths between the residences located from 44th to 45th from Cicero to the end of the property.

“There will be pedestrian-friendly walkways so residents south of 44th Street won’t have to fight traffic to get to the grocery store and health clinic,” he said, adding that greenspace like the Midway Plaisance near the University of Chicago is envisioned.

Paul Giulianelli, director of operations for Academy for Global Citizenship was at the meeting, and said the existing charter school will consolidate its two facilities in a new building on a six-acre section of the site adjacent to Hearst Park at 44th and Lavergne Avenue with space for 600 students from pre-k through eighth grade.

“It will have a small community health center and a community farm,” added Giulianelli.

The AGC now has kindergarten through second grade in a building at 4647 W. 47th St., with the upper grades in rented space at Hearst School, 4640 S. Lamon.

“We are committed to creating a very robust community development project. Not only is this going to be a catalyst for growth; it is going to be transformational for the entire Southwest Side. I don’t think I am overstating the case here,” said Velasquez.

“But it happens with community engagement. We want to do this in partnership with you,” he told the residents and business owners. “We also hope to create a TIF zone so taxes generated would stay in the area.” 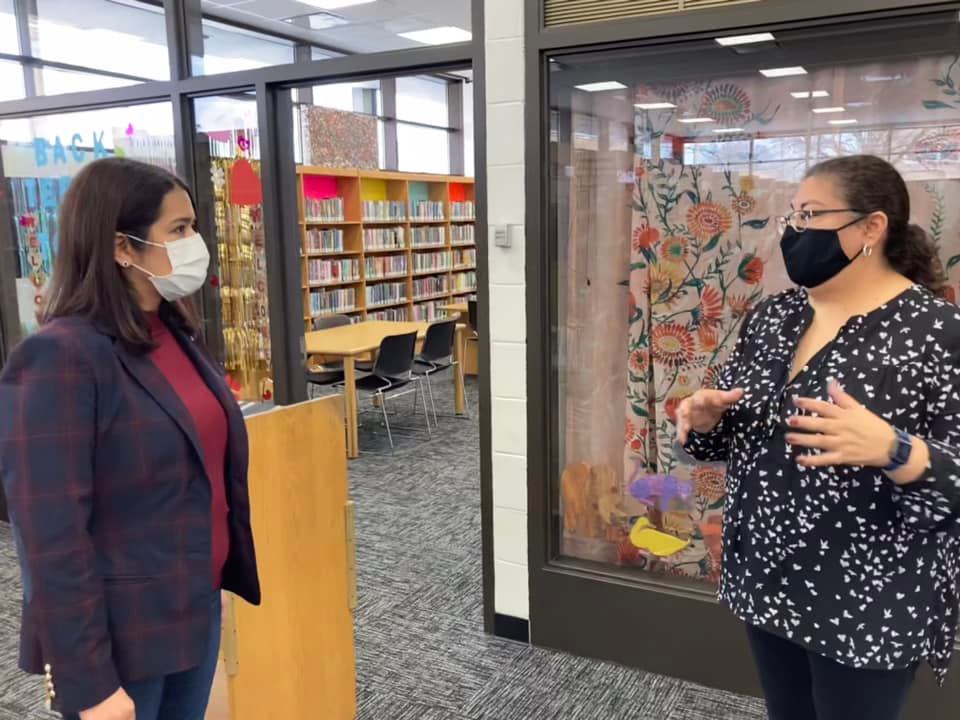 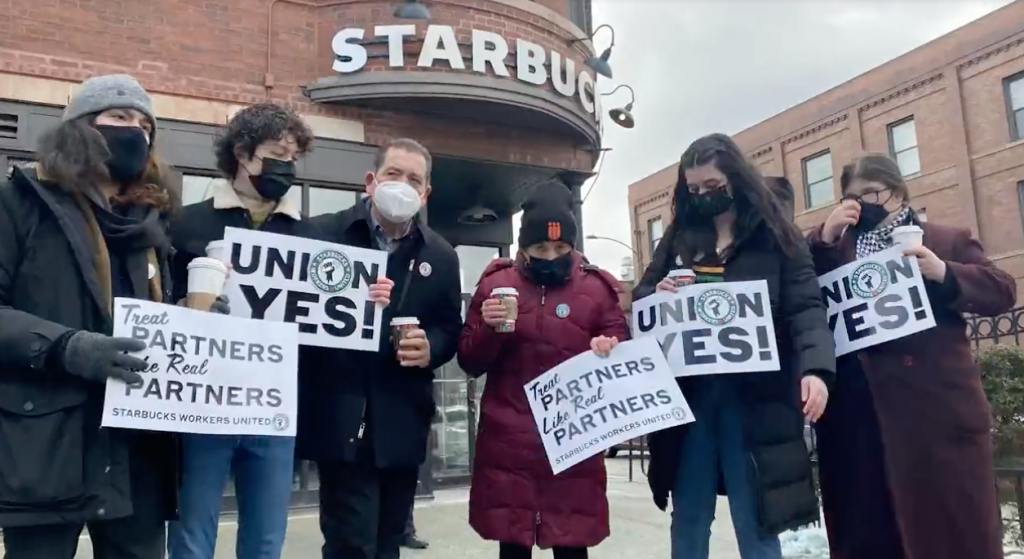 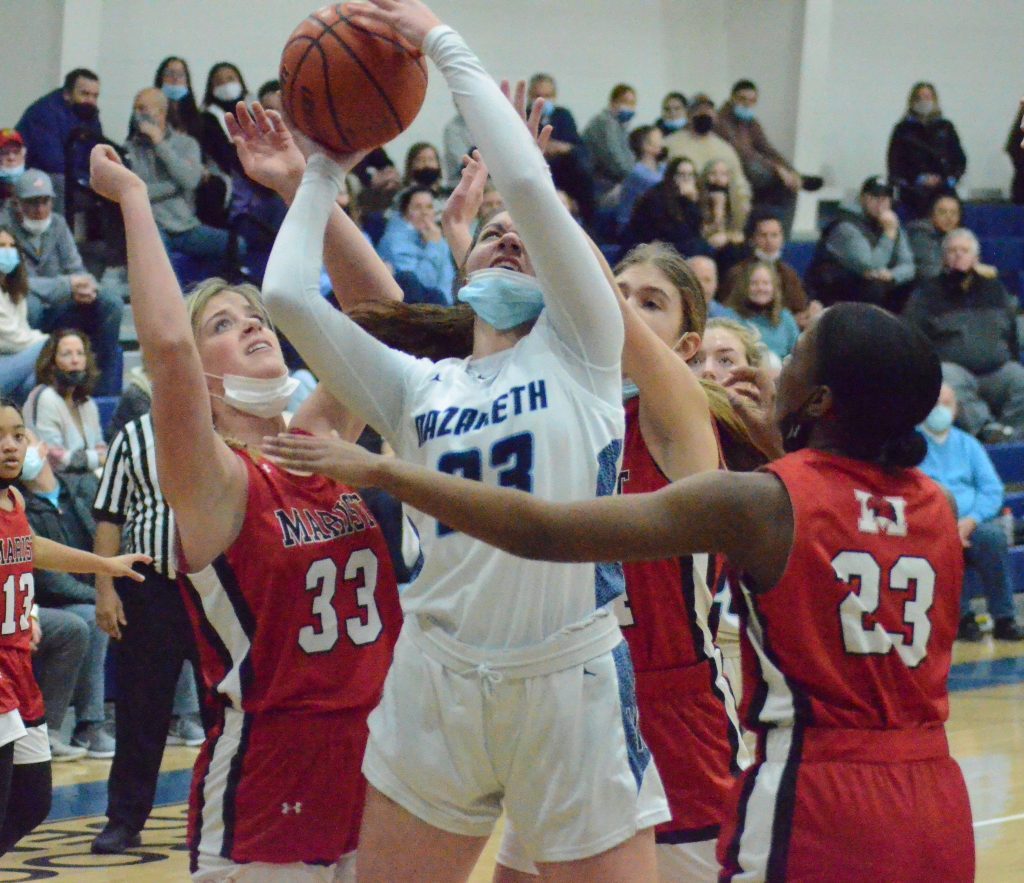