Skip to content
December 3, 2021/Comments Off on A quarter century of crime prevention 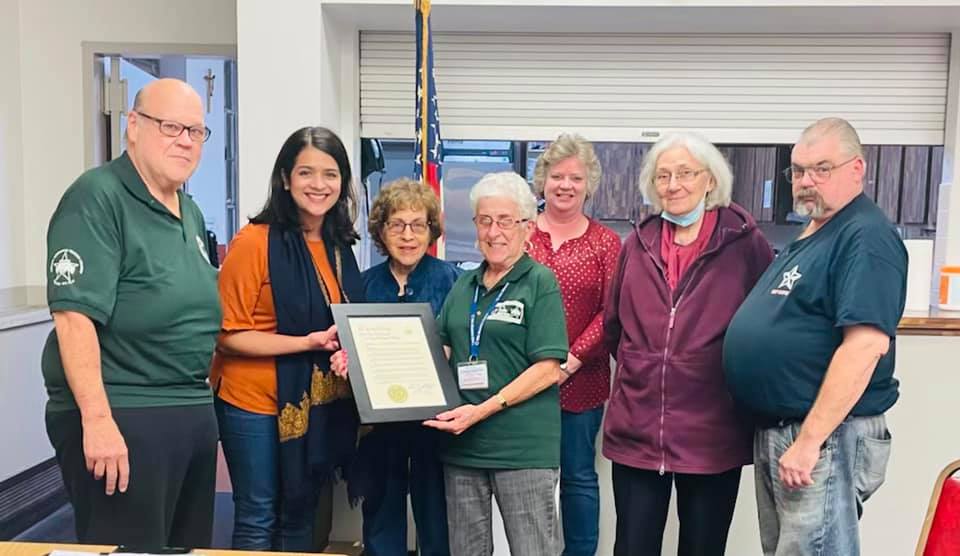 A quarter century of crime prevention

Celebrating a quarter century of crime prevention in Police Beat 812 (Clearing, west of Central Avenue), 23rd Ward Ald. Silvana Tabares (second from left) presents a City Council resolution to leading members of the Clearing Night Force, at a recent CAPS meeting. Pictured with the alderman are (from left) key CNF members John Kurtovitch, Marie Zilka, Mary Shilney, Maureen Kurtovich, Millie Sapunar and Dennis Hedderman. The Clearing Night Force is led by President Judy Ollry. The CNF was founded in 1996 in the wake of community shock and outrage over the gang-related slaying of two teenage girls in a vehicle parked outside Hale School. The group is the oldest continuously operating neighborhood watch group on the Southwest Side, and its members patrol streets, alleys, parks, school parking lots and more—acting as extra sets of eyes and ears for police.