Skip to content
December 3, 2021/Comments Off on “It’s a Wonderful Life” bars come to Joe’s Saloon in Brookfield

Joe's Saloon has been remade into Martini's and Nick's. (Supplied photos)

Don’t be surprised if you see Clarence the Angel, George Bailey or Mister Potter at Joe’s Saloon in Brookfield on Dec. 3 and 4.

People dressed like those and other characters from the holiday movie “It’s a Wonderful Life” will likely be there tipping back a few flaming rum punches.

For the second time in three years, Joe’s Saloon, 9220 47th St., is being transformed into replicas of Martini’s and Nick’s, two taverns seen in the beloved 1946 movie starring Jimmy Stewart, Donna Reed and Lionel Barrymore.

It is a fundraiser for Beds Plus, which is presenting the event with Compassion United Methodist Church, 9210 Broadway, and Joe’s Saloon.

Joe’s Saloon owner Julie Christopher said she was impressed by the “wonderful turnout” in 2019 and disappointed last year’s event was cancelled because of the COVID-19 pandemic.

“It’s a great cause,” Christopher said. “And I always support local causes.”

She and BEDS Plus workers began redecorating the bar this week. One side will be Martini’s, the other will be Nick’s.

BEDS Plus Community Relations Manager Erin Molek said the event sold out in 2019, so a second night is needed.

The event runs from 7 to 11 p.m. each night. Tickets cost $60 in advance and $75 at the door. It includes an open bar and light snacks. There’s a four-ticket per buyer limit.

Molek, of La Grange, called herself “a huge fan of the film” and has attended similar pop-up bars before.

“We couldn’t get into FitzGerald’s once (for a ‘Wonderful Life’ pop-up bar), so we did it in our basement with a bunch of our friends,” Molek said.

“I made flaming rum punch and everything,” she said. “The following year, we were able to go to FitzGerald’s. I was watching the movie and it hit me, ‘This is what we do at BEDS.’ That is putting a roof over someone’s head.”

In many ways, that’s what George Bailey does in the movie, helping families get their first homes.

“We have roughly over 100 applications each month to help with housing,” she said. “We’re trying to make people stable and independent and keep people from losing their housing.”

In the nearly two years since the pandemic began, BEDS has facilitated $1 million dollars in rental and utility assistance to more than 1,000 households in the West and Southwest Suburban Communities, Molek said. And it has assisted more than 625 vulnerable individuals thru emergency and shelter services

After watching the movie so many times, Molek found herself wanting to be able to actually visit Martini’s and Nick’s. And now we can for two nights in Brookfield.

“We’ve taken Joe’s Saloon and we’ve decorated it pretty much as close to exactly as we can,” Molek said. “Once side is Nick’s. One side is Martini’s. We have an accordion player coming.”

She joked about looking for a piano player like the guy seen tickling the ivories at Nick’s. What about throwing George and Clarence “out da door or da window,” as bartender Nick tells “you two pixies”?

“That’s what we did last time. We had (actors portraying) Nick and Clarence and George Bailey. They were giving out wings and telling people we serve hard drinks,” Molek said with a laugh.

Christopher and the workers at the bar “will be dressed up like people from the ‘40s.” And so will Molek, who expects many of those visiting to be in costume as well.

In 2019, a group came in dressed an angels with wings and halos. Some women were dressed as Mary Bailey. There was even a group in Bedford Falls High School graduation gowns.

This year, a Model A Ford like the one George drives will be parked outside near the Bedford Falls sign.

Other event sponsors include O’Cedar, Posey Law and the West Suburban Chamber of Commerce. Sponsorships are available. BEDS Plus can be contacted at (708) 354-0858.

To purchase tickets and learn more about the event, visit: https://interland3.donorperfect.net/weblink/WebLink.aspx?name=E349514&id=24. 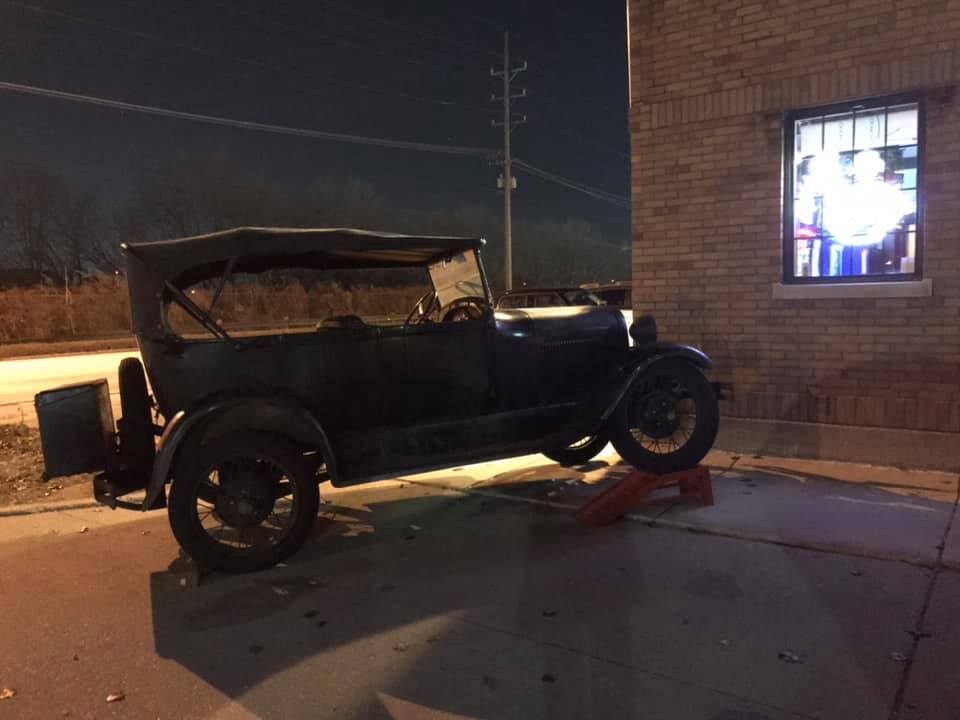