Skip to content
December 3, 2021/Comments Off on Teams honored and trainer mourned at SD230 meeting

Stagg’s unified volleyball team was honored for winning a state championship at the November District 230 board meeting. (Photos by Jeff Vorva)

There was both celebration and sorrow at the Consolidated High School District 230 meeting on Nov. 16.

The board recognized a pair of state champions – the Stagg unified volleyball team and the Sandburg Class 3A cross country team.

But there was some sadness to the meeting as longtime Sandburg trainer Dave Kreis was honored with a moment of silence. Kreis died of cancer on Nov. 11.

“Dave was good-hearted and great with the kids,” Supt. Robert Nolting said. “We will miss him very, very much.”

Kreis, 42, was honored by his uncle, Dave Athans on Nov. 14. Athans, a long-distance runner, ran on the Sandburg track for 42 hours and during portions of the race was joined by friends, family, Sandburg athletic teams and Eagles Principal Derrick Smith, who was able to run 42 laps.

At the meeting, the Stagg unified volleyball team was recognized for winning the Special Olympics of Illinois Fall Games at Harlem High School in Machesney Park the final weekend of October. 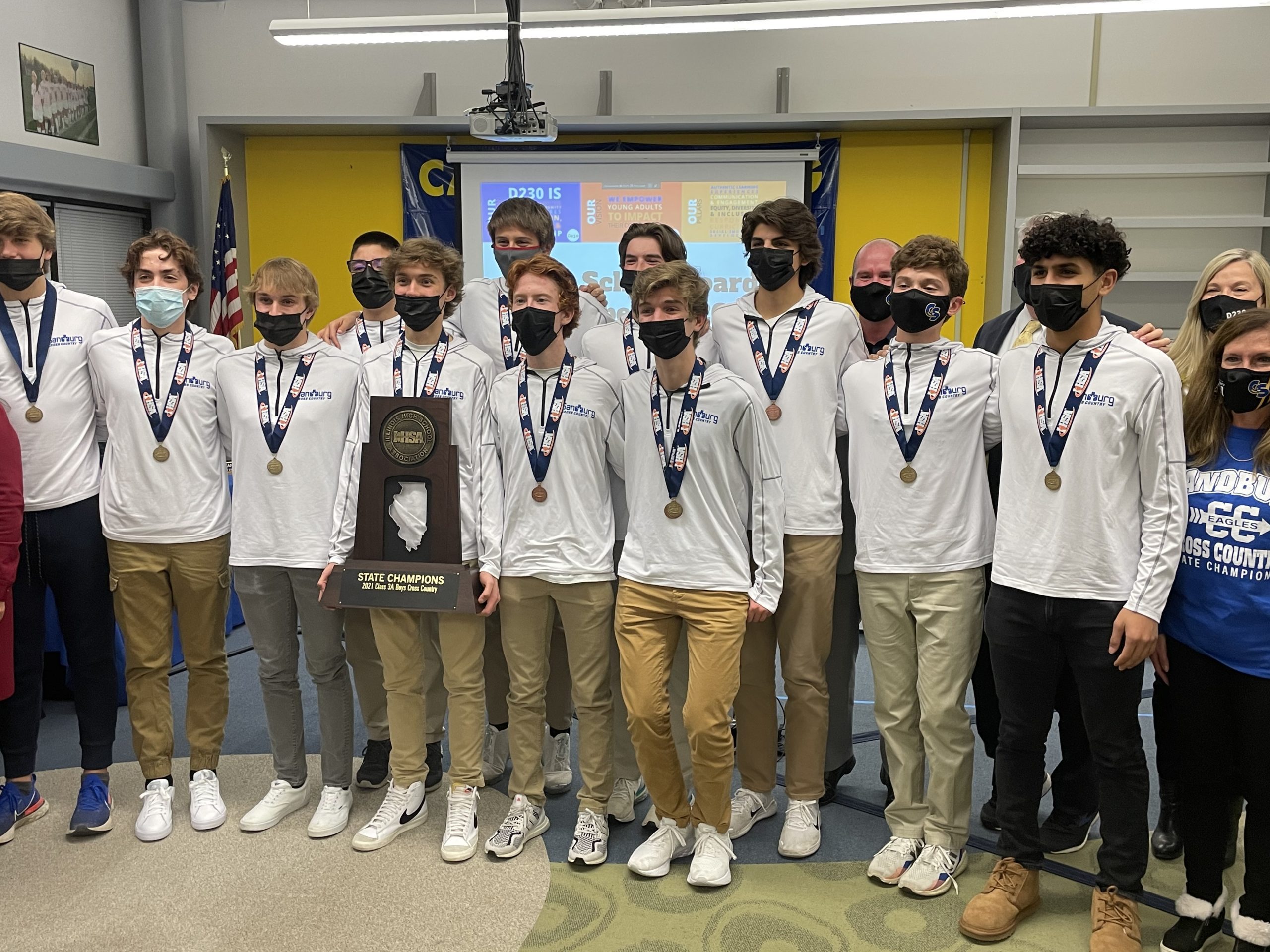 The Sandburg boys cross country team showed off its Illinois High School Association championship trophy to the board. They won the title at Detweiller Park in Peoria on Nov. 6.

The sports theme continued at the meeting as the board approved seven vendors for spring sports for uniforms and equipment totaling $26,924 at Sandburg, Stagg and Andrew.

The board also approved a hockey agreement with the Orland Park Eagles Club to provide participation opportunities for Sandburg students and provide a liaison within the district to assist with eligibility and communication.

The draft of calendars from 2022 through 2025 are being reviewed and will be presented for approval at the December board meeting.

For 2022-23, there will be 177 attendance days for students, four institute days, two parent/teacher conference days and 11 holidays.