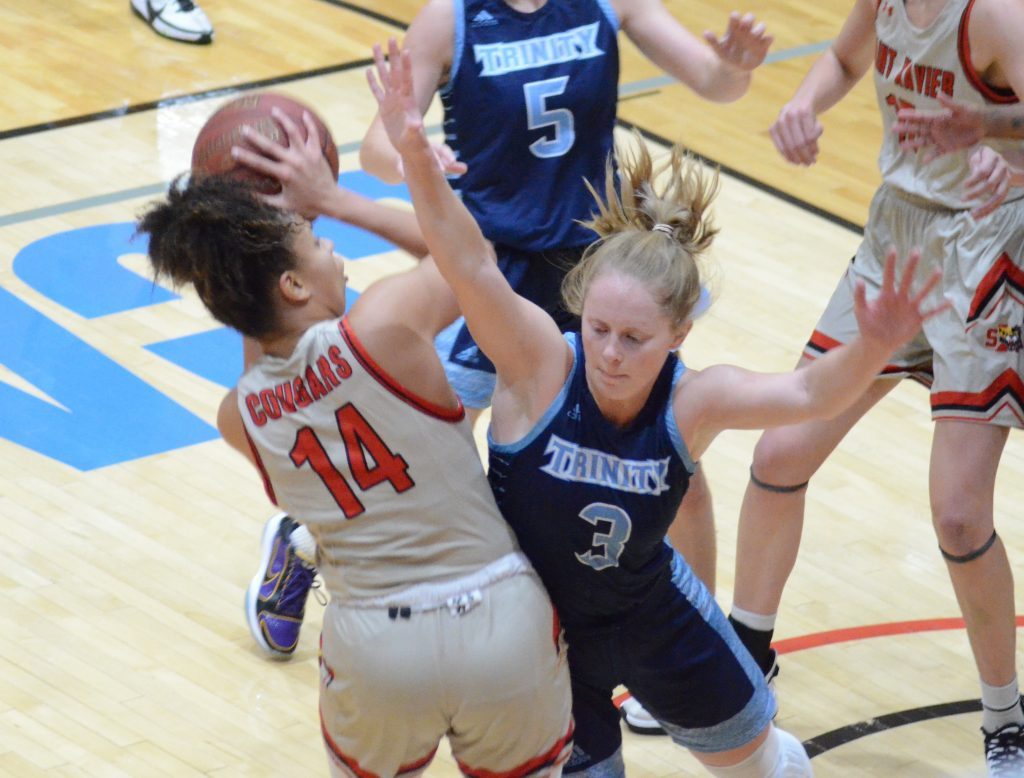 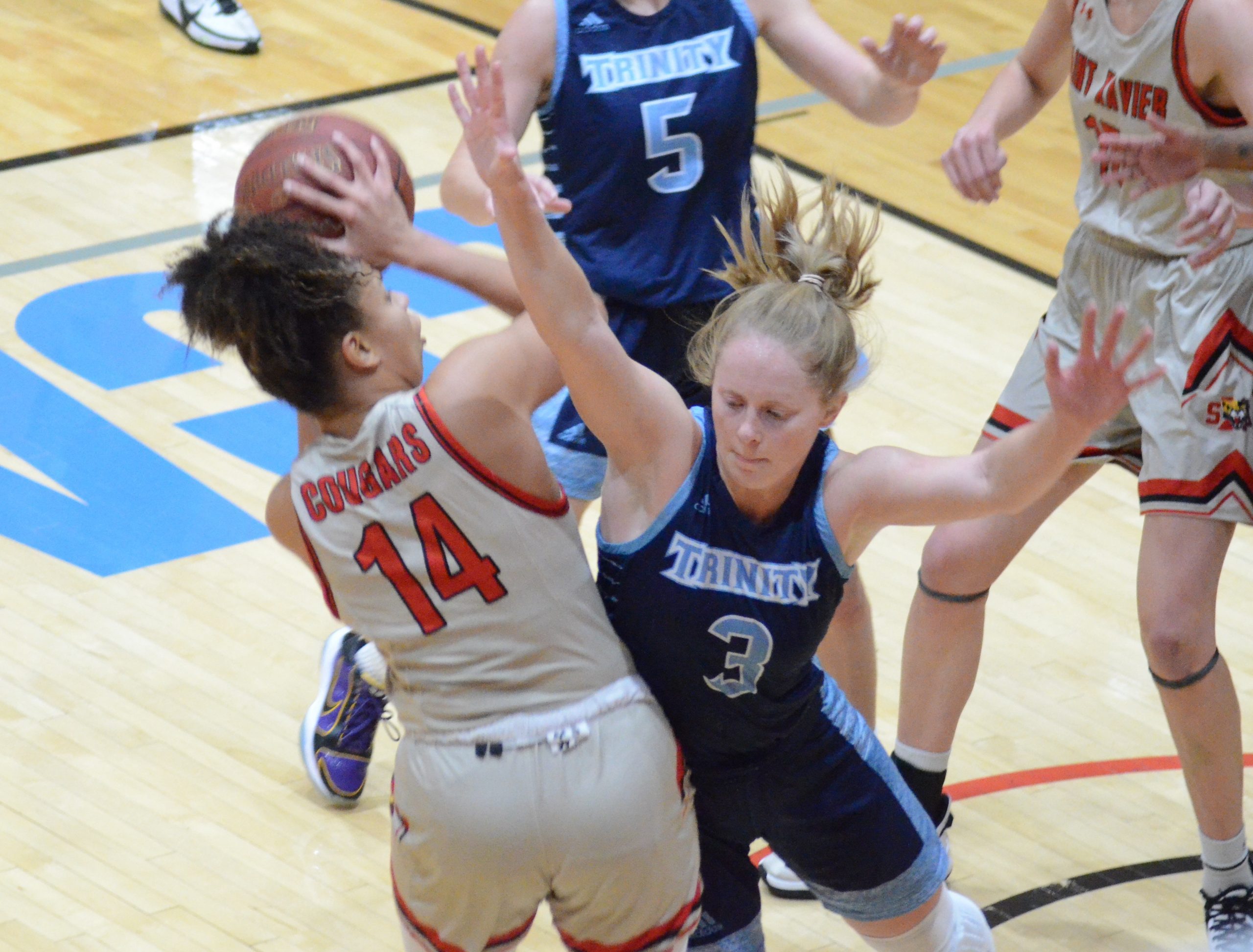 A spoiled Thanksgiving for St. Xavier University’s women’s basketball team could mean trouble for the rest of the Chicagoland Collegiate Athletic Conference.

The Cougars, who were ranked 16th in the nation by an NAIA committee after two losses to ranked non-conference foes, took their frustrations out on Trinity Christian College, scoring 28 first-quarter points en route to an 88-75 victory in a CCAC home victory over the Trolls.

Senior Sidney Lovitsch led the Cougars in scoring with 18 points and four steals. Former Marist star Claire Austin popped in 15 points and hauled down 10 rebounds. It was Austin’s eighth double-double in nine games. It was the 30th double-double of her career.

The team was stinging from a 71-61 loss to No. 6 Carroll College and an 83-76 loss to Thomas More Academy Nov. 26-27 at the Juliet Costello Memorial Classic in Kentucky

“It sucks for a lot of us to lose those games on Thanksgiving away from home,” Lovitsch said. “The mindset coming into the rest of CCAC is to show why we could have beat those teams and why we are still ranked as such a top team.”

The Cougars (8-2, 6-0) added a 68-39 conference win over Cardinal Stritch Saturday in Milwaukee and McKenna Zobel led the team with 14 points.

Both squads have strong records this year with SXU being national ranked by an NAIA committee all season and Trinity being led by one of the top scorers in the nation in Gabby Kreykes, who entered this week’s action averaging 26 points per game. 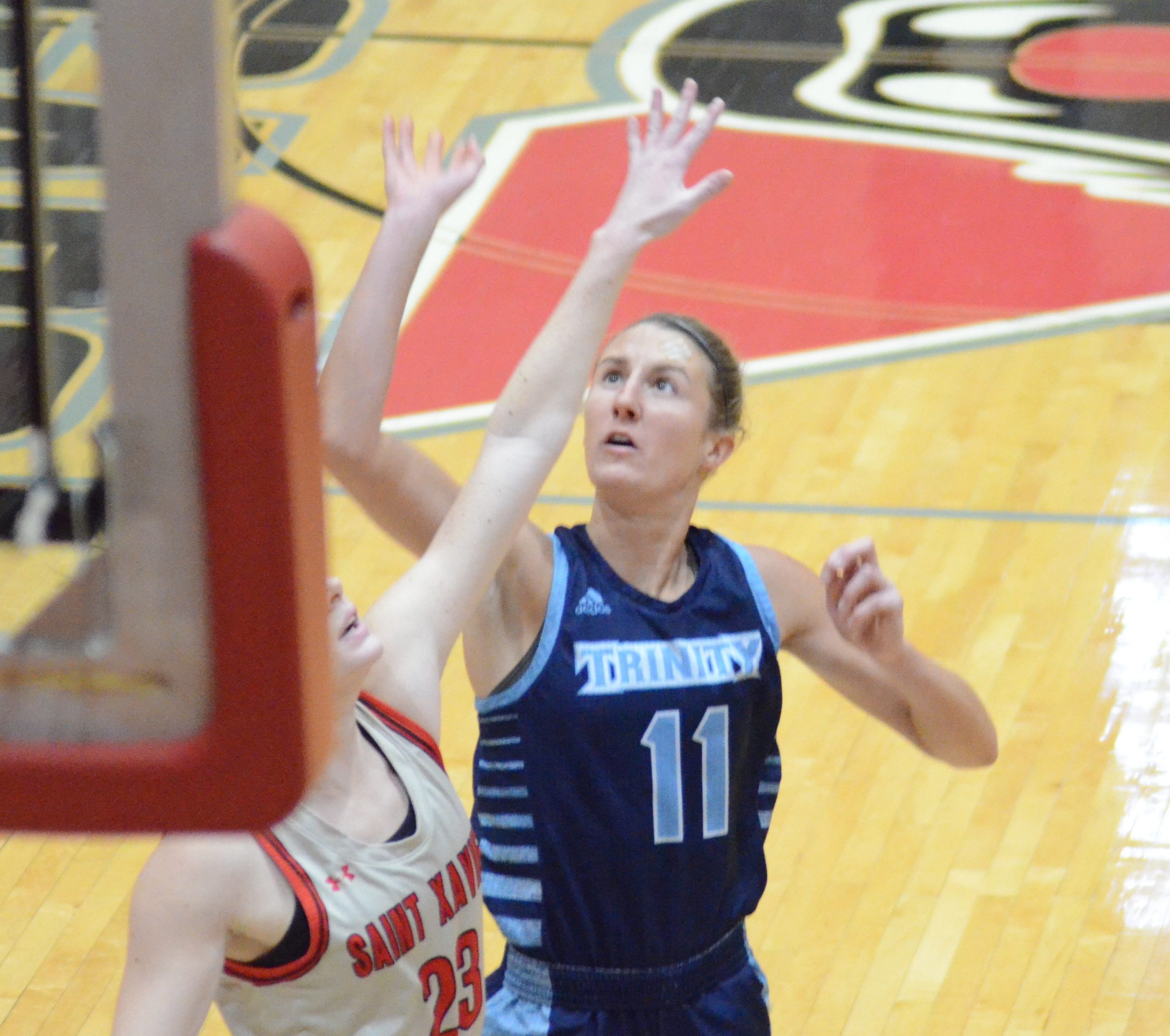 Trinity Christian College’s Gabby Kreykes goes up for a shot against St. Xavier on Dec. 1. She is one of the top-two scorers in the nation with a 26-point average per game. Photo by Jeff Vorva

Have you Heard?
Morton College’s women’s basketball team opened the season 9-2 and was ranked No. 15 in the nation by the National Junior College Athletic Association Division II coaches. They were as high as eighth.

Former Argo star Tadriana Heard is a sophomore coming off a freshman season in which she became the program’s first NJCAA All-American.

Through 11 games, Heard was first in the nation with 43 3-pointers made and was sixth in the country with 168 points.

Scumaci runs wild
North Central College is a favorite to win an NCAA Division III title and the Cardinals are in the final four after a 55-6 rout of Rensselaer Polytechnic Institute Saturday in the national quarterfinals.

Sandburg grad JohnMichael Scumaci, a freshman receiver who is getting playing time here and there, had one reception for seven yards.

During the regular season, the Cardinals whipped North Park, 84-6, and he picked up a rare rushing attempt and made the most of it with a 44-yard touchdown run.

Winning and losing with 85
Moraine Valley Community College’s men’s basketball team’s 85 points was not enough in an 88-85 loss to the Governors State University JV team on Nov. 29.

The next night, the Cyclones scored 85 again against Kishwaukee College and it was good enough for an 85-80 victory. 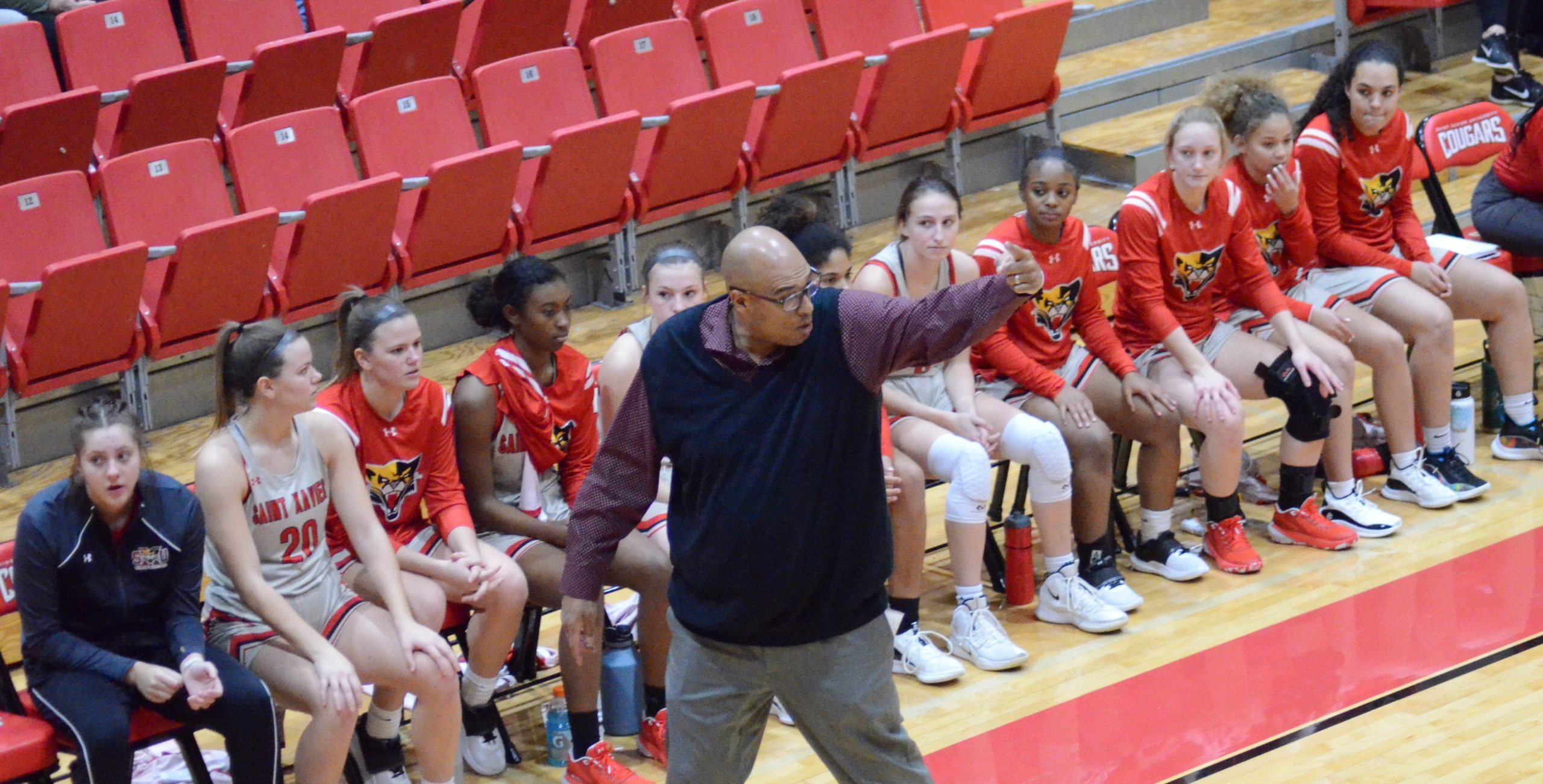