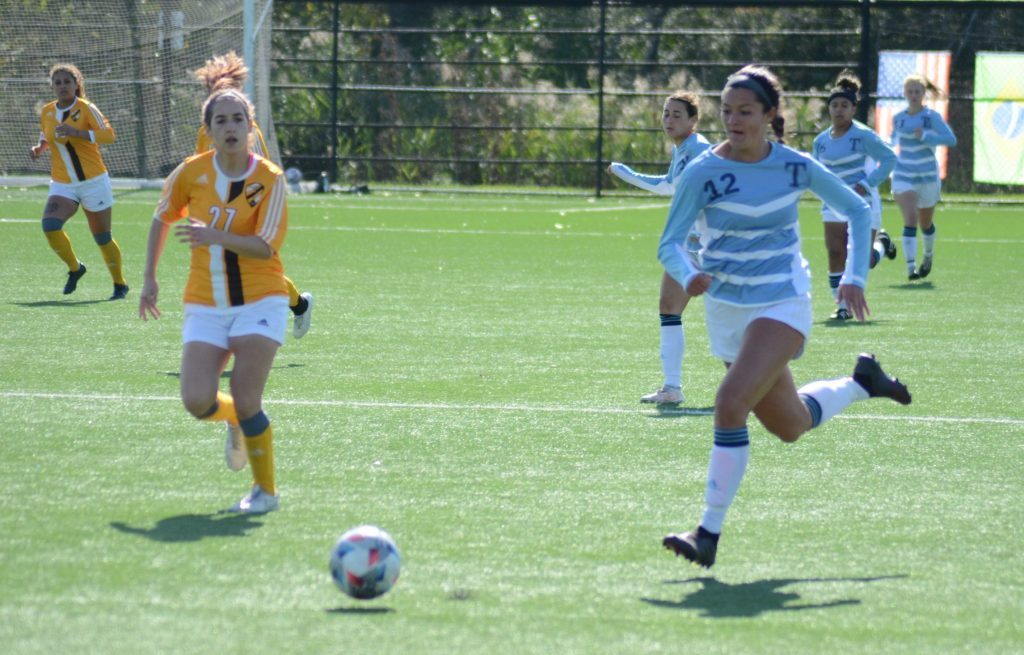 Trinity Christian College soccer player Brianna Uhl became a three-time player of the year in 2021, and because of the unique circumstances spawned by the COVID-19 pandemic won the same award twice in the same calendar year.

The 2020 season — usually played in autumn — was because of the pandemic moved to spring 2021.

Uhl earned the Chicagoland Collegiate Athletic Conference Player of the Year award that season, then followed it up this fall by again earning the honor.

As a big-time bonus, she added another award to her collection. Earlier this month she was named the 2021 National Christian College Athletic Association Player of the Year.

The Upland, California, native had 32 goals and 12 assists in 25 games for the Trolls. She recorded three hat tricks and nine times scored more than one goal in a game.

Teammate Kaleigh VanElst was named an NCCAA first-team All-American. The defender from Michigan helped the Trolls rack up 10 shutouts and hold opponents to 28 goals in 25 games.

Reavis grad Vegas bound
The St. Xavier University men and women’s bowling teams are heading to Las Vegas and will participate in two events schedule to be held Dec. 18-21.

The Cougars are in the two-day Glenn Carlson Las Vegas Invite at the South Point Casino the first two days and will hit the Gold Coast Casino the last two days for the Collegiate Shootout.

SXU’s rosters are dotted with players from the area, but only Reavis graduate Matt Devorsky will be on the limited-roster men’s squad for the trip. Devorsky rolled a 1,133 in six games over the weekend to help the Cougars to a fifth-place finish in the 32-team Warhawk Open in Addison to qualify for the eighth-team Baker format final, where the team was eliminated in the first round.

Evans is the first Cougar to win the honor since Jack Halverson won it on Dec. 23, 2019.

Four days earlier, the NAIA-American Volleyball Coaches Association handed out Midwest Regional awards. Nadia Atton was named Player of the Year, Kaleigh Ritter was named Freshman of the Year and Bob Heersema was named Coach of the Year.

Lovistch, a senior from Grayslake, became the 20th player in SXU history to hit the mark in a Dec. 7 loss to Olivet Nazarene.

Four days later, Austin, a senior who played at Marist, scored the 1,000th point of her career (including a year with Davenport University) in an 86-72 victory over Trinity International.