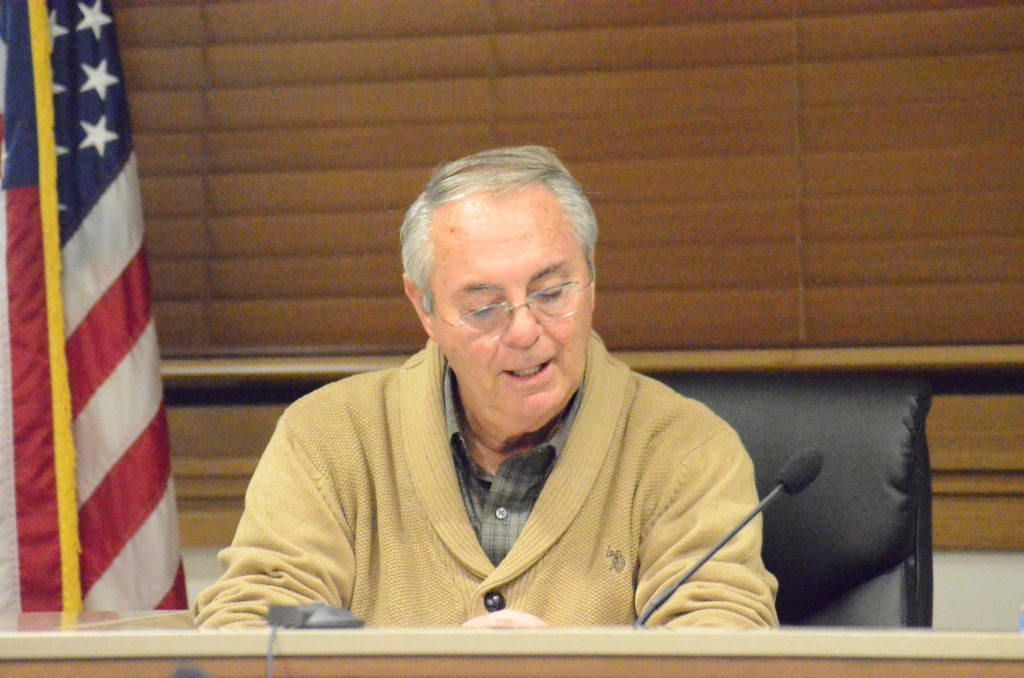 Thomas Brown, the East Hazel Crest mayor and lawyer for Palos Heights, is happy his village is one step closer to getting a casino. (Photo by Jeff Vorva)

East Hazel Crest to cut Palos Heights in on casino

The Illinois Gaming Board awarded a casino to an area divided between Homewood and East Hazel Crest and the towns plan to give nearby communities a small piece of the action.

Palos Heights, Orland Park and Worth are three of a host of communities that will receive a small percentage of the adjusted gross revenue generated by the casino.

Thomas A. Brown, the mayor of East Hazel Crest, is the attorney for Palos Heights and he was a happy man on Dec. 8, when he got the word that his village had earned the bid.

“I want to thank them for saving a village,” Brown told ABC7. “They saved our little village of 1,300 people.”

And it will give a little revenue to many communities in the south suburbs as well when it opens in 2023.

The proposed 70,000-square-foot casino will be on a 24-acre site at Interstate 80 and Halsted Street. It will have a hotel and entertainment and could open up 800 jobs.

Gambling in Palos Heights has been rejected over the years by the board and a citizens vote in a referendum for gaming machines.

But Ald. Jerry McGovern has been bringing it back up after area restaurants and bars took a beating during the pandemic shutdowns of 2020.

He had planned last Tuesday to revisit discussions about the machines at a License, Permits and Franchises Committee meeting.

“I first started this in December or January and then I let it die for a while,” McGovern said. “But I didn’t let it die because I was doing all of my research.

“Now I’m comfortable with what I have, and I really feel that it’s time to bring it back out again.”

He knows people will still oppose his moves.

“I’m sure there will be, but I’m optimistic,” he said. “People are going to come out and tell me that it was defeated in the referendum three years ago.

“But three years ago, you didn’t have all of these advertisements on TV,” he said. “Every commercial during the Bears game or Bulls game or Sox game has gambling. They want to add two casinos in the city of Chicago. And now we will have one far south.”

The council voted 5-3 against allowing gambling in 2013.

“Times have changed,” McGovern said. “When we had our vote, Orland Park did not have it. Now Palos Park even brought it up. We are an island. We have a business district we need to build up over the years.”

McGovern insists that this is for the businesses who were hit hard in 2020 and who continues to lose business because surrounding communities have the machines.

Getting the machines into the businesses is still going to be a process.

“It’s not mandatory for every restaurant to have them,” he said. “All you are doing is opening the door to give the restaurant owners an option. Then he still has to go four or six months, eight months, for license preparation before he puts his first machine in. And there is a hell of an added expense into it.”

Moving towards an abortion amendment

By Rich Miller The Illinois Senate Republicans’ new leader, John Curran, told Capitol News Illinois the other day that there was nothing left to do on the abortion topic in Illinois. “The reality is, what else can we do here in Illinois?” Sen. Curran said. “The laws of Illinois are more weighted towards guarantees of…