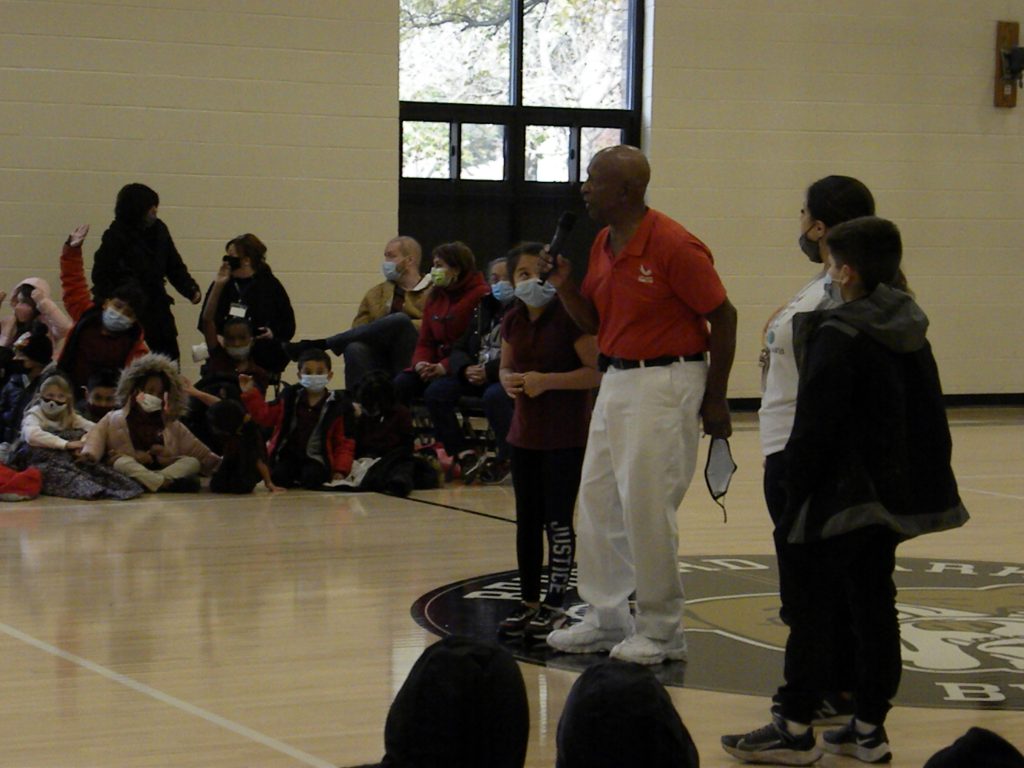 It was a fun afternoon at the Bedford Park Swanson Center recently when the Jesse White Tumblers performed for students of Walker School.

Secretary of State Jesse White, who is founder of the team, joined in the afternoon of activities on November 19.

Taylor Lupo, the media specialist for School District 104, said it was a great time for all.

The Jesse White Tumblers were founded in 1959 to provide a positive alternative for inner-city kids. Participants must stay away from gangs, drugs, and alcohol. They must stay in school and maintain a minimum C average.

The team is comprised of male and female participants as young as 6.

According to their website, the team has seven units, and gives more than 1,500 performances each year at major sporting events, in the community, and at business and charity functions.

They have performed all of world, and has been featured in parades, commercials, TV shows and movies.

Walker School Principal, Amanda Deaton was pleased to have them visit the students.

“As we launch into fall break, all students enjoyed the performance from the Jesse White Tumblers,” she said. 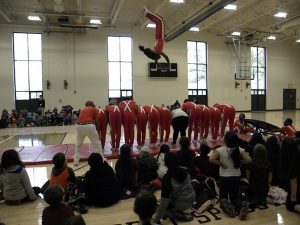 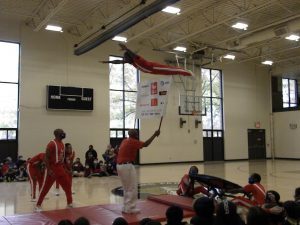 Secretary of State, Jesse White holds up a banner that one of his tumblers flies over.

By PETER HANCOCK Capitol News Illinois [email protected]is.com SPRINGFIELD – Gov. JB Pritzker this week asked the College Board for more information about its reasoning for changing the final framework of a new Advanced Placement course in African American studies after it had been criticized by Florida’s Republican Gov. Ron DeSantis. “Although we are pleased to…

By NIKA SCHOONOVER Capitol News Illinois [email protected]ois.com SPRINGFIELD – Illinois schools are still grappling with a teacher shortage that seems to only be getting worse, a recent survey by the Illinois Association of Regional Superintendents of Schools shows. This mirrors the state’s own data, which shows Illinois’ teacher shortage is at the highest level in…