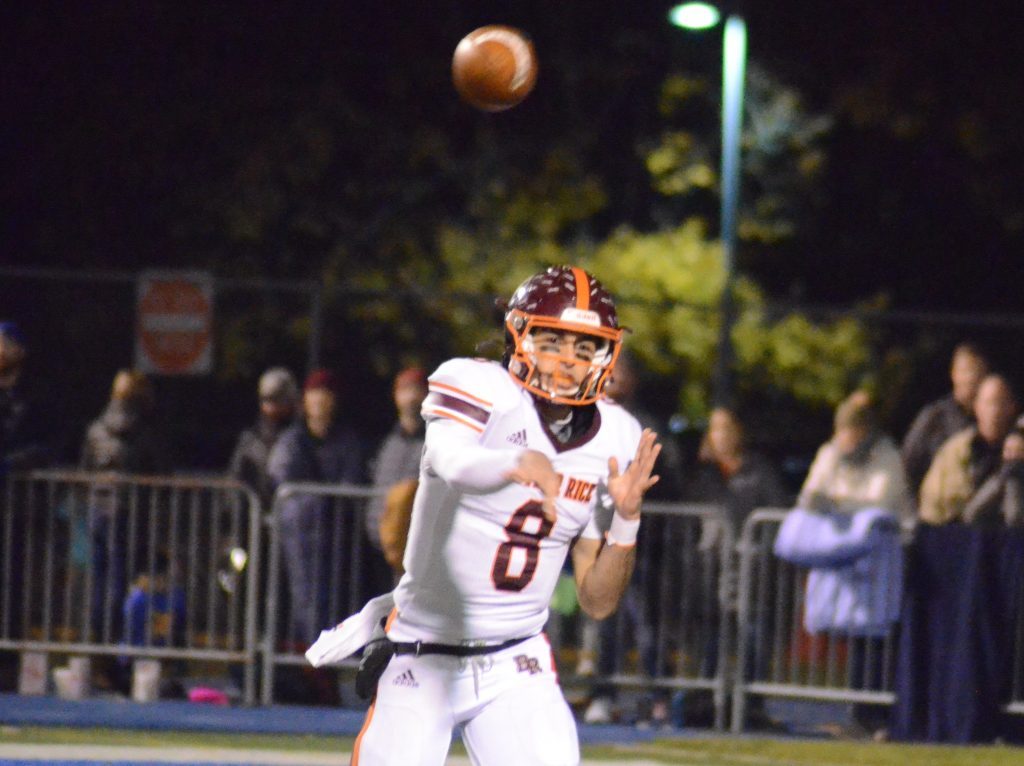 Brother Rice quarterback Jack Lausch signed to play football at Northwestern, which came in with a last-minute offer. He had verbally committed to be a preferred walk-on at Notre Dame in two sports. Photo by Jeff Vorva

He was already a preferred walk-on for baseball and football at Notre Dame and for a long time, that appeared to be his college destination.

Wildcats coach Pat Fitzgerald came in and made an offer to the dual-threat QB, and after Lausch visited NU’s Evanston campus he made his decision official by signing a National Letter of Intent on early signing day, Dec. 15.

“It’s a lot of years of working hard and dreaming about playing big-time football,” he told reporters at a signing ceremony at Brother Rice. “I can’t thank everyone enough who has helped in the past. I can’t wait for the future in Evanston.”

Then, he added a catch phrase used by Fitzgerald, a former Sandburg star.

It was a busy day for some area schools, from which 15 athletes signed with Division I programs.

Look for many more to be making decisions in the coming weeks and month for college teams on all levels. With transfer portals and COVID hindrances making it harder for some high school recruits, don’t be surprised to see DII, DIII and NAIA school picking up some upgrades in talent. 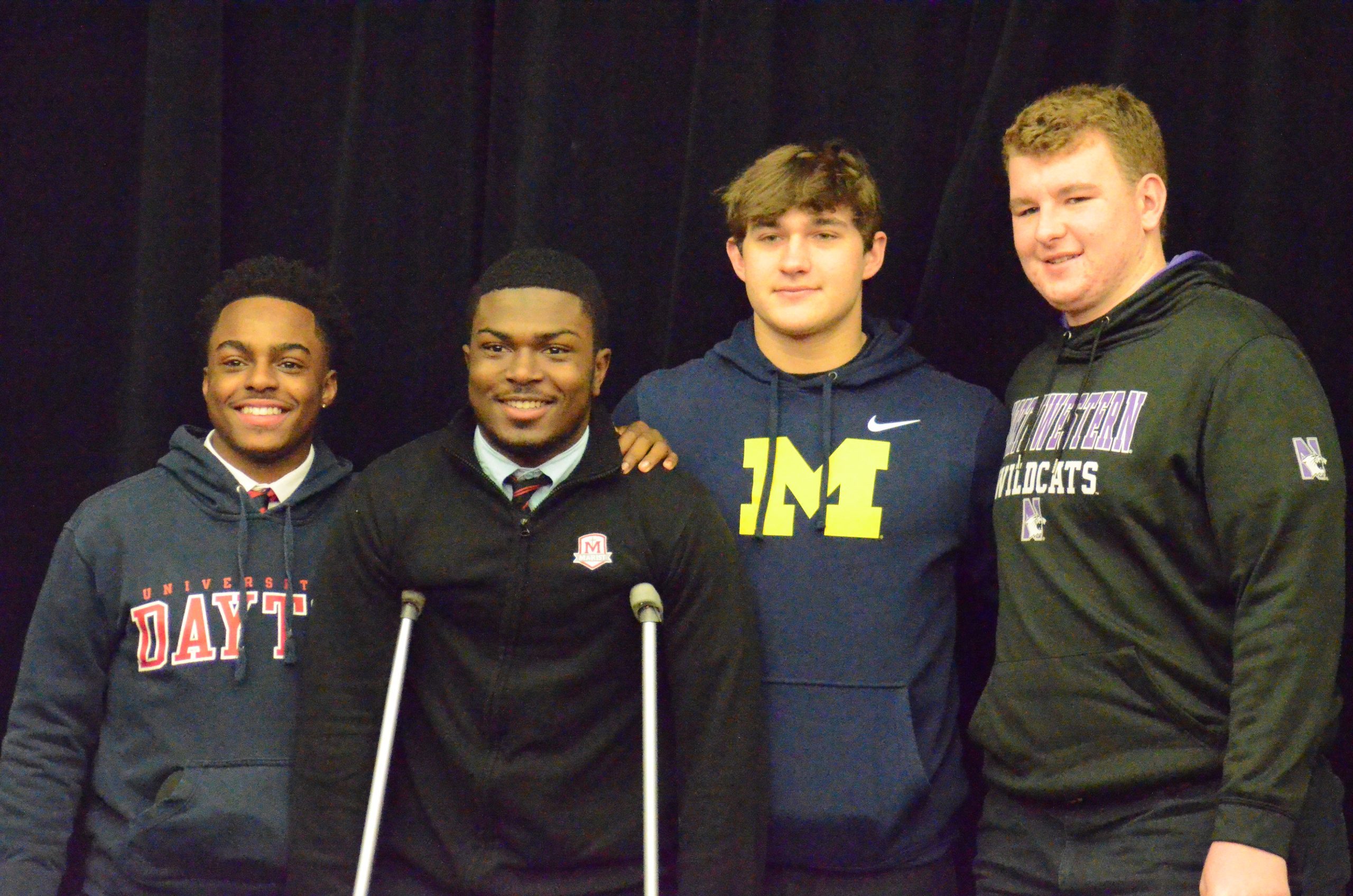 Deuce McGuire, an offensive lineman, will join Lausch at Northwestern. He said it will be interesting because the two have always played against each other.

Quarterback Dontrell Jackson attended a signing day ceremony on crutches after surgery to repair a torn meniscus. He signed with Coastal Carolina and promises he will be 100 percent when he takes the field next fall.

Receiver Ak’Tavion Agee honored his verbal commitment to Dayton despite a last-minute offer from Army.

Linebacker Jimmy Rolder had a baseball offer from Illinois in his back pocket and was not recruited much at the beginning of the season for football. Toward the end, picked up an offer from Illinois and the floodgates opened with offers from several top schools across the country wanting his services. He chose Michigan, which will play Georgia in an NCAA national semifinal on Dec. 31.

Rita recruits
St. Rita was the area’s most successful team in the playoffs, finishing second in Class 7A. Receiver Kaleb Brown is heading to Ohio State, offensive lineman Valen Erikson signed to Missouri and defensive back Brayden Hall inked with Dayton. 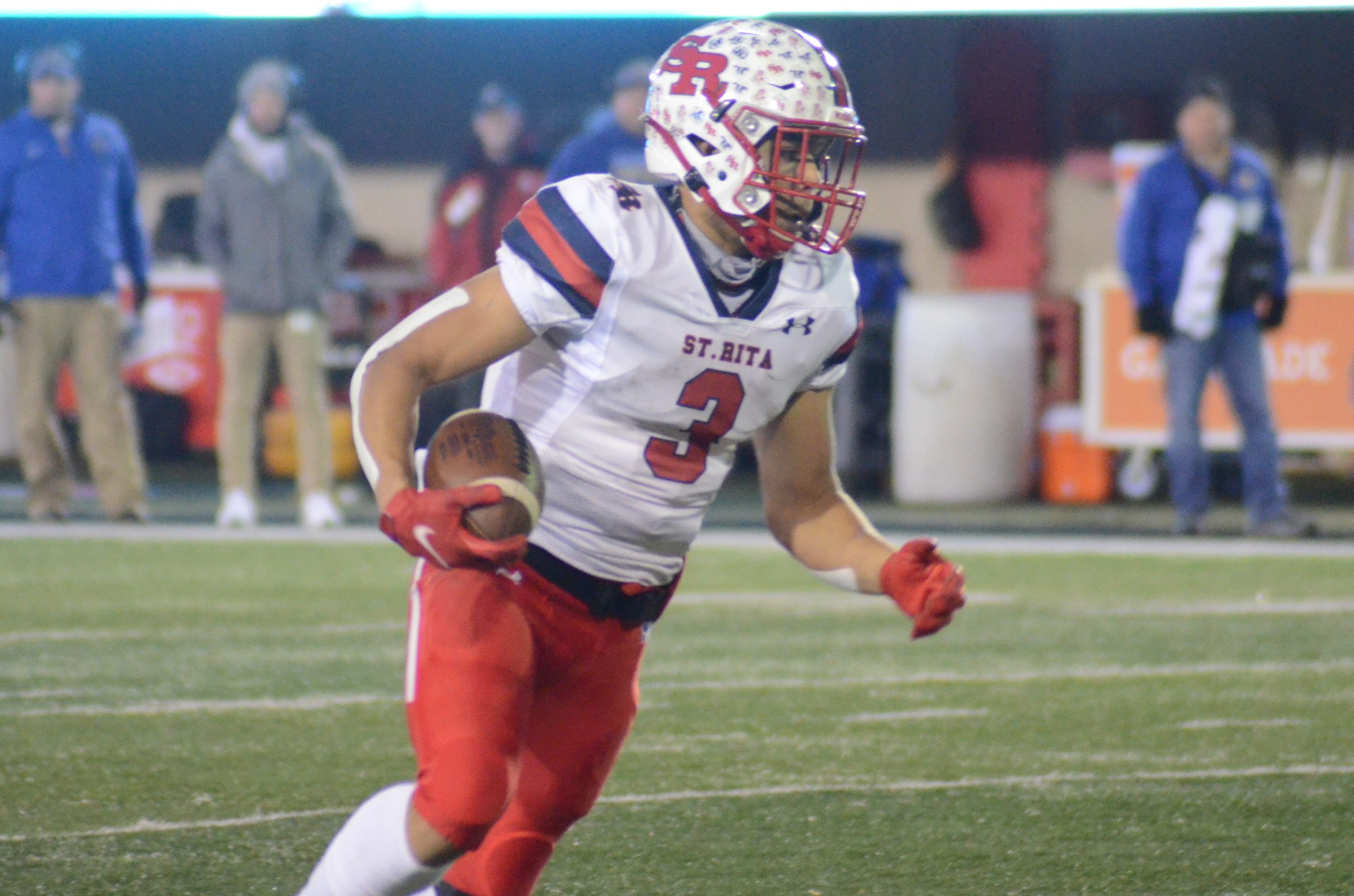