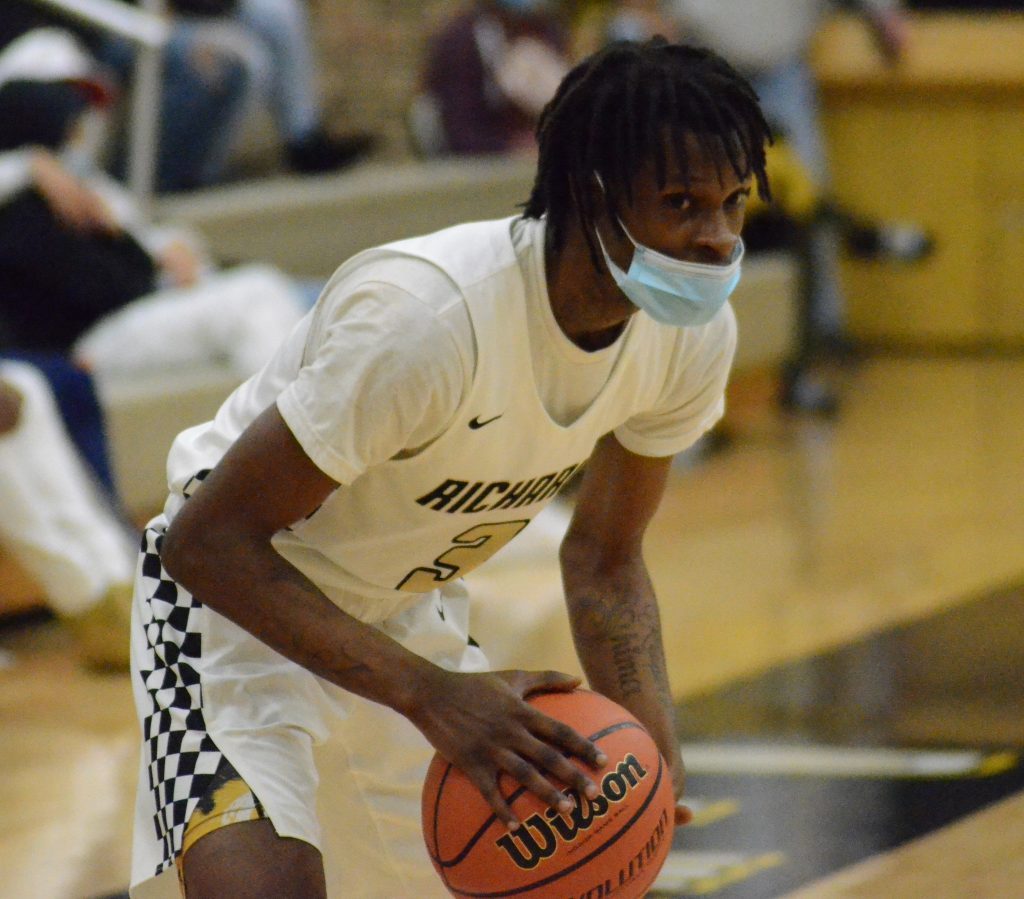 Richards’ Greg Miller had 18 points, including four 3-pointers, in a win over St. Laurence on Dec. 15. Photo by Jeff Vorva

Crossover victories in the South Suburban Conference have not come easy for boys basketball teams in the Red division.

Heading into action on Dec. 14, the Blue teams displayed dominance with a 16-4 record over the Red foes.

Richards had the tall task of going on the road to face Oak Forest, the only team in the 14-team conference that had an unbeaten overall record.

But the Bulldogs opened a two-games-in-two-days stretch with a 66-65 overtime stunner over the Bengals, and the next night defeated St. Laurence, 75-56, in a non-conference game in Oak Lawn.

Although the week ended with a 77-55 setback at Brother Rice Dec. 18, it was a productive week for coach Kyle Rathbun’s team. The Bulldogs entered this week’s action at 6-4.

“We schedule tough,” Rathbun said. “We’re in this for the long haul. Our conference is very tough this year. We like to schedule some of the better teams in the area. We like the challenge. I feel like we have a really good group. We’ll play the best.” 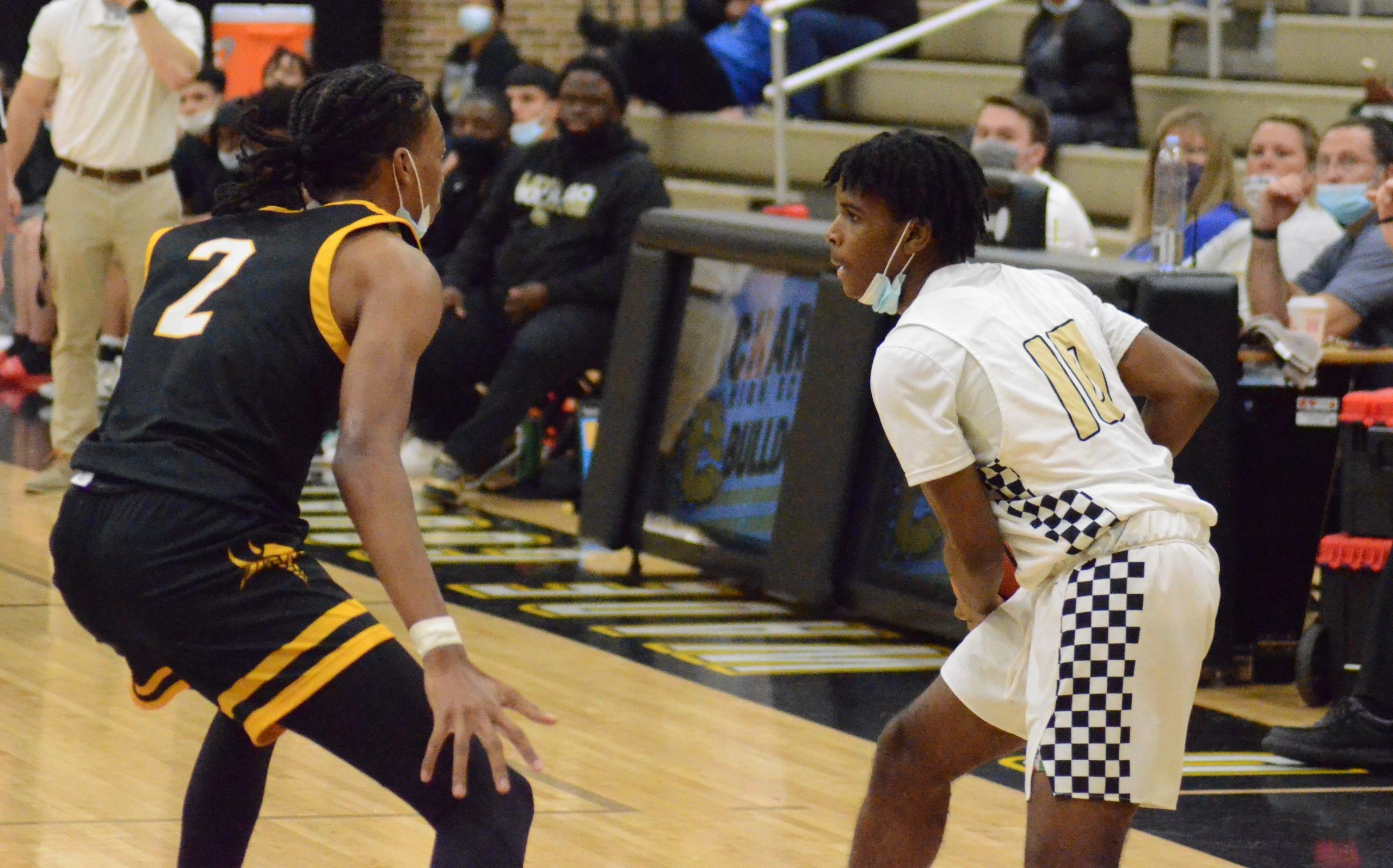 In the overtime thriller over Oak Forest, Deven Jiles popped in 24 points and Greg Miller added 16. Bengals senior Robbie Avila, one of the top players in the conference, scored 39.

Against St. Laurence, the Bulldogs drained 13 3-pointers as Miller led the way with 18 points, connecting on four treys. Santiago Rios and Ladarius Kelley each added 12 points.

“Back-to-backs are always tough,” Rathbun said. “We had a lot of guys play a lot of minutes against Oak Forest and they rebounded nicely after getting off to a little bit of a slow start.

“We had guys coming off the bench and that definitely helped out.”

Miller was happy his team could play at a high level during the two-game stretch.

“I was really excited to beat Oak Forest,” he said. “It was good to end their winning streak. It was tiring to play back-to-back games, but we fought through it.

“I love my team. When we play together, we’re unstoppable.”

Richards was scheduled to open play in the Hinsdale Central Holiday Classic on Wednesday against Marian Catholic.

McCoy popped in 21 points against Richards and added 24 more in Friday’s 65-55 loss to Marmion.

The Vikings take on Rolling Meadows at 1 p.m. Monday in the opening round of the 32-team Jack Tosh Tournament at York High School in Elmhurst.

Other area teams at the tournament are Stagg, Lyons, Nazareth, Sandburg, Riverside-Brookfield and Solorio. 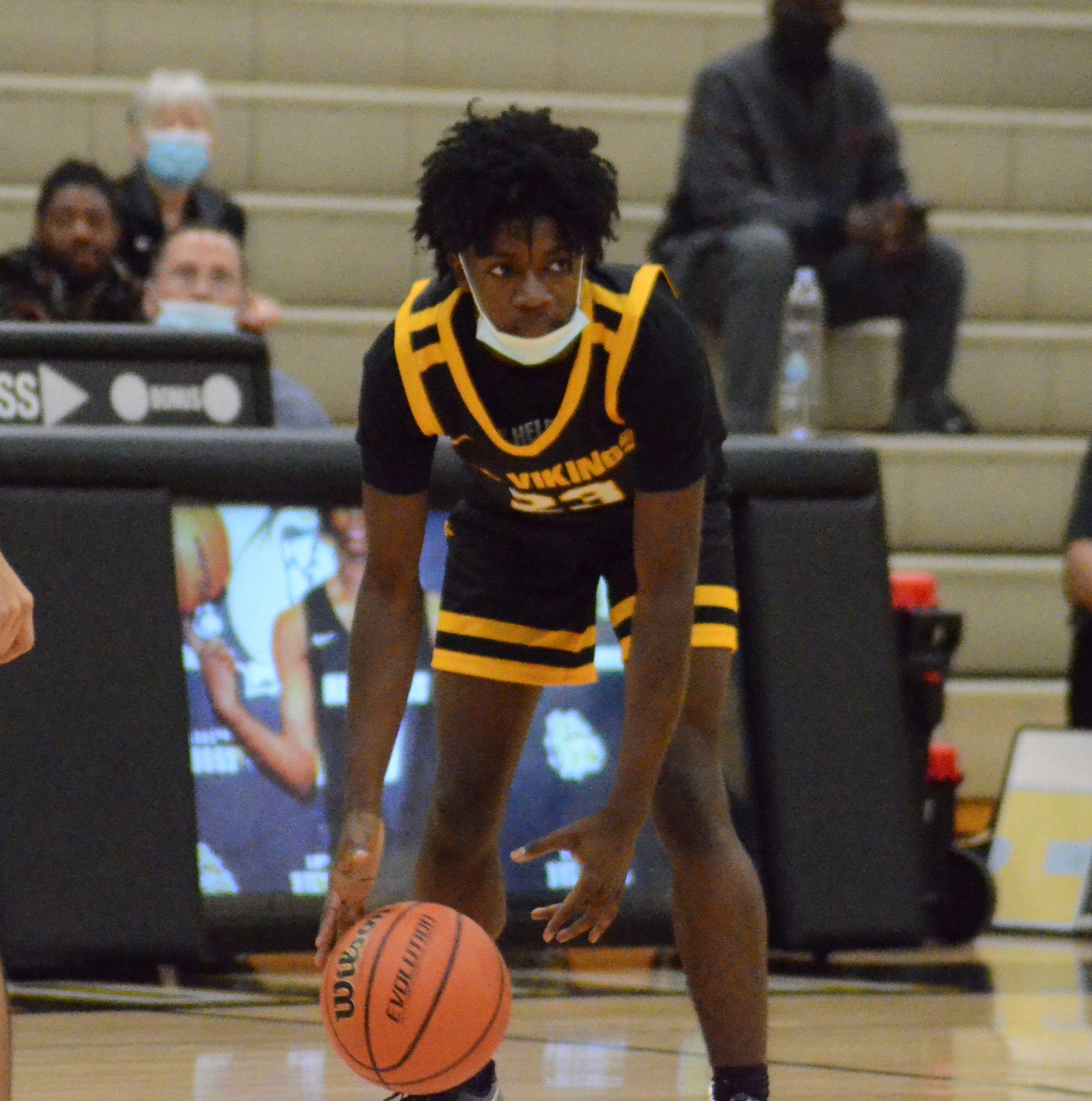 St. Laurence’s Khalil Jones looks for a teammate in a loss to Richards on Dec. 15. Photo by Jeff Vorva