Clearing and Garfield Ridge residents who had hoped that U.S. Rep. Marie Newman (D-3rd) was being a bit pessimistic when she predicted the 65th Street overpass would not be ready until 2025 or later, learned this month she was spot on.

In a seven-page statement, the Illinois Department of Transportation confirmed the prediction Newman made via a top aide back in September at a United Business Association of Midway meeting. 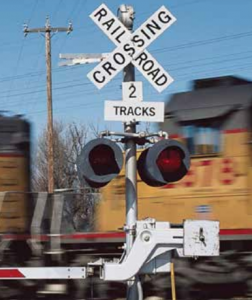 In the statement, IDOT officials said Phase I of its three-phase process should be wrapped up by year’s end. Phase II (design and land acquisition) is anticipated to begin sometime in 2022 and typically takes

up to three years to complete. Phase III (construction) will begin after that. When exactly the first vehicle will roll on the $75 million overpass in unclear.

The overpass is planned for 65th Street, immediately east of Harlem.

The IDOT statement was unclear on exactly which land and how much land must be acquired to make the overpass a reality. Land owns (possibly homeowners and business owners) will be notified of proposed acquisitions via certified mail. Property owners will be compensated for any property acquired, officials said, although property owners do have the right to bring IDOT to court over any disputes.

So for the next few years, motorists may expect railroad crossing tie-ups to continue on 65th Street.

The groans from Clearing and Garfield Ridge residents on social media told the tale.

“These delays caused by trains hurt my ability to earn a living,” said Jay Kolodziesz, a rideshare driver. “This is more than an inconvenience for many of us.”

“What did you expect?” asked Corinne Heemstra. “These politicians have been promising relief over and over, and it never comes. “I’d be surprised if this ever happens.”

Allan Grahovac said he wonders “how many people have died over the years because police cars and firetrucks were stuck by these freight trains. There has to be a way to find that out.”

Yoli Barajas said she once almost lost a job because of trains that had stopped at 65th and Neva.

“Those damn trains made me a half hour late for a job interview,” she said. “Luckily for me, a guy at the company knew about that [railroad crossing] and told the boss. But were it not for that, I’d still be unemployed.”