Skip to content
December 23, 2021/Comments Off on Reed says he’s in final term as Palos Park commissioner due to health 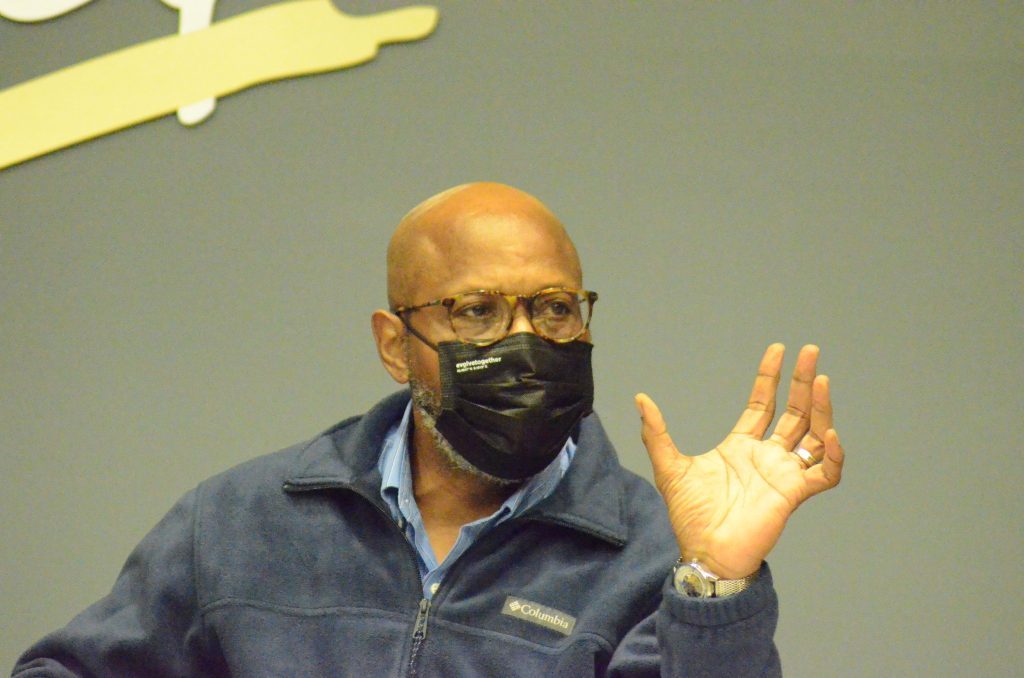 G. Darryl Reed announced that this is his last term as Palos Park commissioner due to health reasons. (Photo by Jeff Vorva)

Health is taking its toll on the Palos Park Village Council.

The past few years saw commissioner James Pavlatos fighting cancer until his death on Aug. 31. Commissioner G. Darryl Reed has been battling his own illnesses and he has been attending many of the meetings in 2021 via phone.

Recently, Reed attended a few meetings in-person but at the Dec. 13 meeting, he was back on the phone and apologized.

“I will not physically be amongst you until February,” Reed said.

He added that for health reasons, this will be his last stint as commissioner. Reed’s term is up in 2023.

“I can’t uphold my end of the bargain,” he said. “What’s best for me as a public servant is to step back. I will endeavor to finish out my term, but I make no promises because my health is obviously more important than anything else.

“So, I beg your indulgence as I continue this journey.”

Reed has been a commissioner since 2011 and served on the Palos Park Certified Local Government Task Force from 2003-2005. He oversees the Buildings and Public Property Commission.

Mayor John Mahoney has appreciated Reed’s efforts throughout his ordeal.

“It’s a struggle,” Mahoney said. “He told me he is concerned about what people are going to think, but I told him ‘Darryl, we need you.’ He brings so much to this board. And it’s a diversion to him and give him purpose.

“I want him to do this for as long as it’s good for him.”

Mahoney is still in the process of replacing Pavlatos, who became a friend and mentor to him over the years.

“We’ve talked to a few candidates and other board members rightly want to talk to the candidates,” the mayor said. “We are looking for a consensus decision and we’re getting close.

“I would say in January, for sure.”

Since 2007, the council has stayed consistent with Mahoney, commissioners Reed, Dan Polk and Nicole Milovich-Walters all serving together since then.

Pavlatos was commissioner from 2007 through 2011 and when commissioner Kent Oliven left the council on Dec. 31, 2012, due to conflicts with a new job, Pavlatos returned in 2013 and served up until his death in August.