December 24, 2021/Comments Off on All American Comic Shop closing after 40 years 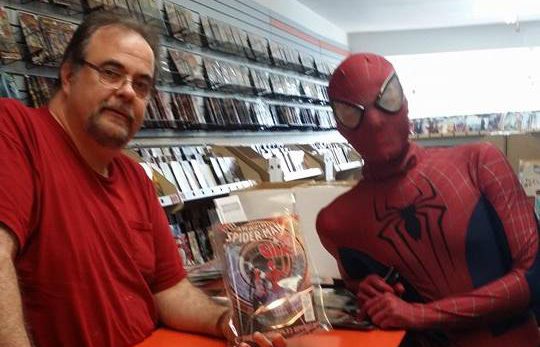 After 40 years in the business, Carl Bonasera, owner of All American Comic Shop, 3576 W. 95th St., Evergreen Park, will be retiring and closing his much-loved business. (Supplied photos)

After 40 years as a beloved staple in the Evergreen Park community, All American Comic Shop is closing its doors.

“Between that time and 1993 we opened eight stores,” Bonasera said. “We started downsizing in 1998 when the industry began to change and am now back to our one original store in Evergreen Park.” 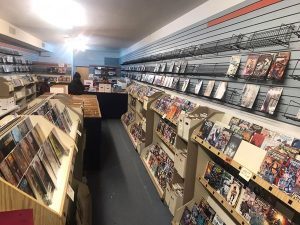 The name All American Comic Shop was inspired by the DC Comics title from the 1940s that featured the original Green Lantern.

“We received special permission from DC at the time, which really wasn’t needed because ‘All-American’ is part of the English language and can’t be copyrighted,” he said.

Prior to his role in the comic world, Bonsera worked as the art director at the Southtown Economist in the late 1970s and early 1980s.

“The art in comics inspired my career moves,” he said. “The stories are wonderful and the community of collecting fun in general.”

It was during his time with the Southtown Economist in the early 1980s, he said, that comic books were particularly difficult to find for the average collector.

“Our whole circulation area was handled by two stores,” he said. “One of which was terrible. I had to drive to Calumet City to get my comics.”

Making the decision to open his own comic book store began as a side project.

“I never intended to quit my day job,” Bonsera said. “It just grew.”

It, being the comic book industry.

Over the years, All American Comic Shop has had comics from the late 1930s to date, including the first appearance of Spider-Man, Hulk and many others. Comics about Superman and Batman also covered the sales floor with stories from their very beginnings.

He will be retiring and closing the store on January 1. The reasons are myriad but it is just time, he said.

“The industry is not what it used to be,” Bonsera said. “Like so many others, the publishers have been absorbed by giant corporations. What I’ll miss is our customers and hundreds if not thousands of friends I’ve made along the way.”

The shop’s 40th Anniversary Sale will morph into a Retirement Sale and prices will drop every week as everything must go by the end of the year. The last day open to the public will be New Year’s Eve. All of the shop’s new and back issue comics are now for sale for only a quarter each. Remaining hardcovers and paperbacks are 65% off.

After Christmas Eve, the shop will be holding a Final Big Blowout sale.

“At the moment since our sale has been going since Labor Day all of our vintage books have been sold,” Bonsera said. “However, we still have nearly 20,000 great comics from the 1980s up to today in stock.”

Even though he may be retiring, he plans to forever remain in the Evergreen Park, a community he knows and loves. When asked about his plans for retirement, he said his plans are simple.

“Finish reading all these darn books, and maybe draw and make a little music, too,” Bonsera said.