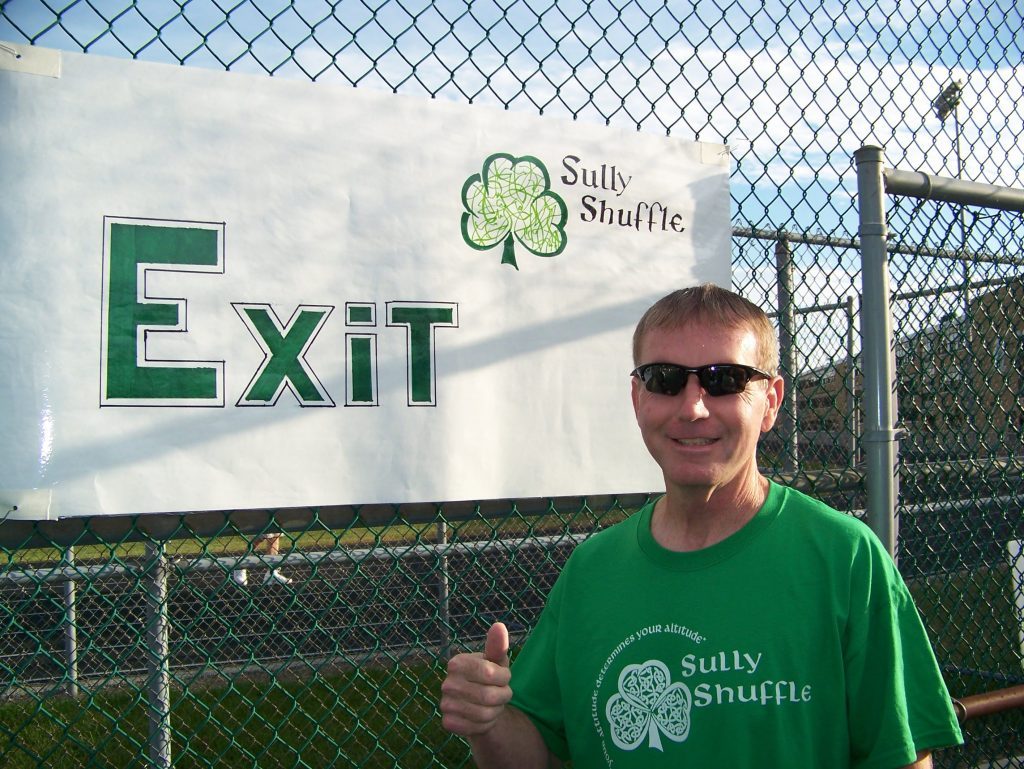 Skip Sullivan, a legendary teacher and coach at Oak Lawn Community High School, is shown at a Sully Shuffle that raised money for Parkinson’s Disease charities. Sullivan died at age 70 in late November. Photo by the Sully Shuffle Foundation.

If anyone earned the moniker of “Mr. Oak Lawn” in regard to high school sports it would be Skip Sullivan.

Sullivan died at age 70 on Nov. 25. He coached and taught at Oak Lawn Community High School for 41 years and had an impact on many Spartans.

“He’s been such a great influence, not only on just the students but even some of the staff over the years,” said Janet Haubenreiser-Meyers, a former girls basketball coach at the school who is now a technology coach. “He was a type of person who touched a lot of lives. He had a positive outlook and a heart of gold.”

She said Sullivan knew his x’s and o’s as a coach, but it was his connections with people are what made him stand out.

“He made you feel special,” she said. “You were important and meant something. He was like that in his classroom, and with the kids on his team. He was like that with staff and people that he interacted with on a daily basis with.”

Sullivan was a three-sport athlete at Oak Lawn, lettering in baseball, basketball and football. He graduated in 1969 and played football and baseball at Iowa State.

He came back to his alma mater to teach and coach football, basketball, baseball and golf. As a head baseball coach, Sullivan was the 1996 Pitch and Hit Coach of the Year and numerous other accolades.

Some heavy hitters weighed in on Sullivan on an obituary on the Thompson and Kuestner Funeral Home website.

“As a special friend and coach, he always found the positive and good in everyone,” wrote former Oak Lawn boys basketball coach Len Scaduto. “Skip was a true Oak Lawn Spartan.”

St. Rita Assistant to the President, Director of Advancement Mike Zunica, a former Mustangs baseball coach, added, “His competitiveness could catch you off guard because of his sincere kindness. Everywhere he went was better after he left it.

Former students also had their say with Nick Chigas calling Sullivan “One of the favorite human beings on the planet.”

Ken Kessler said his mom was sick with cancer and died while he was in high school.

“I found out she died while I was in Skip’s history class,”Kessler wrote. “He showed me a great deal of kindness in the time and events that followed.”

Sullivan had been diagnosed with Parkinson’s disease in 2005 and four years later, Haubenreiser-Meyers and other helped form the Sully Shuffle Foundation, which featured the Sully Shuffle 5K Run/3K Walk to raise money for the American Parkinson’s Disease Association Midwest Chapter. In its first eight years it raised more than $184,000.

Haubenreiser-Meyer said there are no concrete plans yet, but some have expressed wanting to hold one more Shuffle in his honor.

“Skip had a positive outlook about Parkinson’s that he would beat this, and someone would find a cure,” she said. “In long run, those events were a mental boost for him to be able to see all of those people every year. He would get to see former students, friends and family there.”

Sullivan, whose given name was Eugene, is survived by his wife Patricia nee Buckels, and children Mike (Cheryl) Sullivan and Dana (Steve) Annel. He was also a father to the late Danny Sullivan.

Visitation was Dec. 2 at Kuenster and Thompson Funeral Home and there was a Mass at St. Gerald Church. Interment was held at Holy Sepulchre Cemetery. 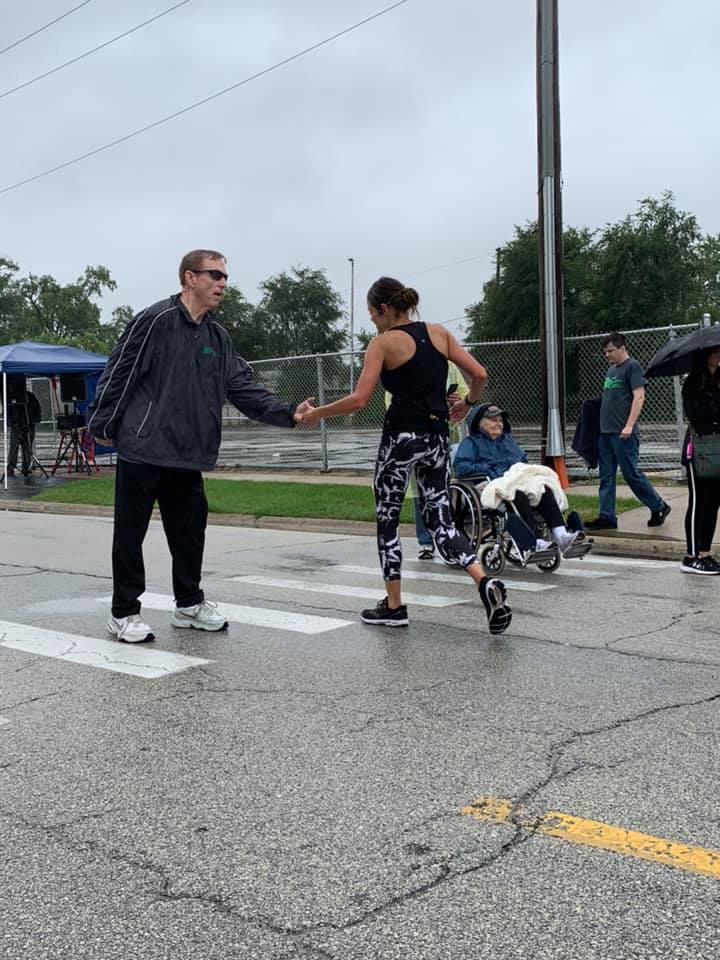 Skip Sullivan, who died in November, is shown encouraging a runner in one of his Sully Shuffle races. Photo by the Sully Shuffle Foundation.