Skip to content
December 28, 2021/Comments Off on Dueling press releases hint at Dem primary battle ahead

Success has many fathers, and failure is an orphan, as the old saying goes—a thought that may apply to new funding for Midway International Airport.

Last week, U.S. Rep. Marie Newman (D-3rd) announced that more than $20.9 million in new federal funding under the Infrastructure Investment and Jobs Act is headed to Chicago area “to make much-needed improvements to the Midway International Airport and the Lewis University Airport.” 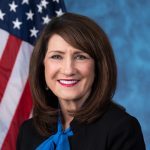 Under the Infrastructure Investment and Jobs Act, Midway will receive $20,694,725 and Lewis University Airport will receive $296,000 in FAA Airport Improvement Program (AIP) funds. Both airports will receive this portion of funding from the infrastructure law each year for the next five years, as part of a program for airport development.

The portion could vary from year to year, as the funding reflects annual enplanement totals. In addition to these guaranteed funds, the two airports can compete with other airports across the country for grants from an additional $5 billion nationally for terminal and landside improvements.

“Thanks to the Bipartisan Infrastructure Law, this new $20.5 million in grant funding will not only deliver new good-paying jobs for Illinois residents but also bring sorely needed renovations to the Midway and Lewis University airports,” Newman said in a prepared statement. “As a member of the Committee on Transportation and Infrastructure, I am proud to have secured this once-in-a-lifetime investment in our two outstanding airports that serve millions of travelers every single year.” 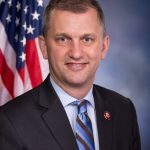 “Thanks to the bipartisan Infrastructure Investment and Jobs Act, this new $94 million investment will deliver new good-paying jobs for Illinoisans while making sorely needed renovations to Midway and O’Hare airports,” Casten said in a prepared statement. “These vital investments will ensure that all travelers flying to and from our state have an easier and safer journey.”

Both press releases appeared to be a bit boilerplate, with neither Newman nor Casten saying exactly what they mean by “sorely needed renovations.”

Casten’s district is currently nowhere near Midway; but in the wake of recent remapping, both Casten and Newman plan to go head to head in the June 28, 2022 Democratic primary to see who will represent the new Sixth Congressional District, which will not include the airport itself, but will include city neighborhoods immediately west, as well as nearby suburban towns. Midway is a large economic engine for those city neighborhoods and suburban towns—providing thousands of job, directly and indirectly.