Skip to content
December 30, 2021/Comments Off on Reach for the stars, grandma tells boy 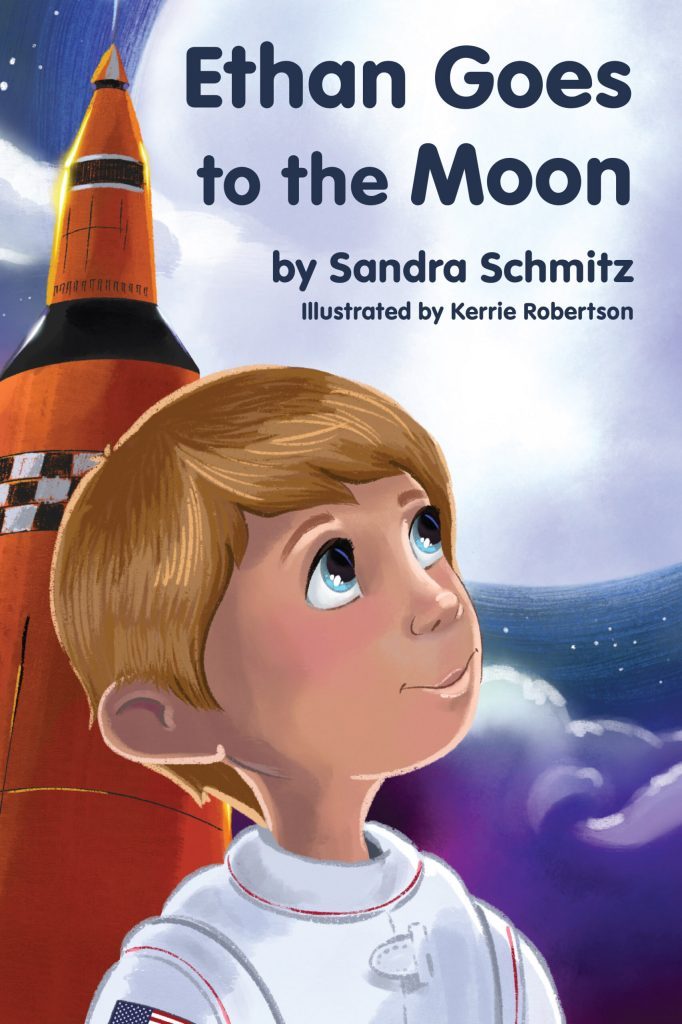 Sandra Schmitz’s 7-year-old grandson, Ethan, loves learning about the universe and wants to be an astronaut. Since age of 4, space has been his favorite topic.

“Ethan has always been really curious about space and into things like Star Wars,” said Schmitz, a longtime McKinley Park resident. “He is constantly asking questions and wanting to know more.”

Intense interests, particularly in a conceptual domain like dinosaurs and outer space, can help children develop increased knowledge and persistence, a better attention span and deeper information-processing skills. Knowing this, Schmitz looked for ways to help Ethan explore even further. 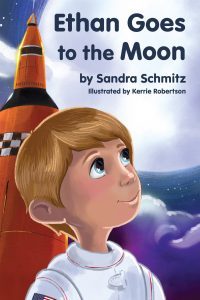 “One night, while I was putting him to bed, he asked me to read him a story about space,” Schmitz recalled. “We have read all of the same books over and over again, so I decided to do something different. I made up a story about Ethan traveling to the moon.”

Schmitz shared her story with to Ethan, who lives in San Diego Calif., a chapter at a time, as she made it up.

“He was ecstatic and could not wait to hear what was going to happen next,” Schmitz said. “After the (four-chapter) story was through, it was all Ethan could talk about. My daughter (Amy) said, ‘Ethan loves that story so much. You should consider turning it into a children’s book.’”

That is exactly what she did Ethan’s grandma did.

Schmitz began penning her book in May of 2020. She wrote the book just as she had relayed it to her grandson, broken down into four easy-to-read chapters.

“I was told that children’s books do not typically have chapters, but I really liked the idea of breaking the book into four parts,” Schmitz said. “That way, if children get tired or want to take a break, they can stop before a new chapter begins.”

Schmitz made her grandson the story’s main character and called it Ethan goes to the Moon.

In the book, just as in real life, Ethan is very interested in outer space and dreams of going to the moon. One day he gets a letter from NASA that he has been selected to be the first boy to travel to the moon in a rocket ship.

“The story will awaken the pure joy of children who would love to explore the universe and beyond,” Schmitz said. “It’s about one child who travels alone, lands safely on the moon, and explores.”

A highlight of the book is when young Ethan meets what Schmitz called moon children – which is exactly as it sounds – children living on the moon. 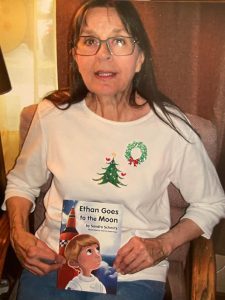 Sandra Schmitz and Ethan Goes to the Moon. –Supplied photo

“The book also teaches about friendship,” Schmitz said. “When Ethan finds out he will be traveling to the moon, he packs peanut butter and jelly sandwiches, blue lollipops and some of his toys to share with the moon children. The main character, based solely on Ethan and his true personality, is really a kind and loving person who loves to share.”

Schmitz self-published in May 2021 through Palmetto Publishing in North Charleston, S.C. She worked with illustrator Kerrie Robertson to ensure the book’s characters represented her family.

“I had sent the illustrator a Christmas card of Ethan and his parents and asked her to use that to design the characters,” Schmitz said. “I had to approve everything before it went to print. I wanted it to be perfect.”

Ethan’s fascination with space is a common interest in many young children today, Schmitz said.

“Children are the future of the space program,” she said. “It’s important to keep them involved.”

Schmitz’s book can be found directly at palmettopublishing.com/product/ethan-goes-to-the-moon and also online at Amazon, Target and Walmart.