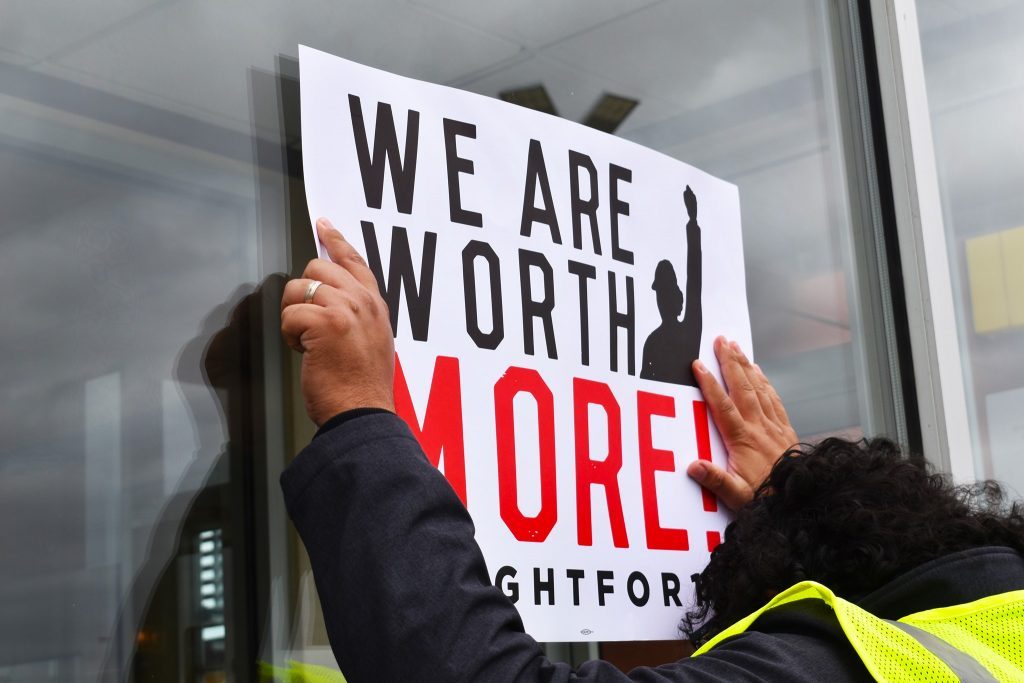 A fast-food restaurant worker affixes a Fight for $15 sign to a window at a McDonald’s in the city. --Photo courtesy of FightFor15.org

Minimum-wage workers across Illinois will see a boost in their hourly pay to $12 per hour starting Jan. 1, while tenants in affordable housing units will be allowed to keep pets.

Those are just some of the more than 300 new laws that take effect in the new year.

The minimum wage increase is actually the result of a 2019 law that phases in a state minimum wage to $15 an hour by 2025. This year, it will increase by one dollar to $12 an hour. 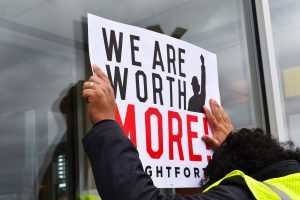 A fast-food restaurant worker affixes a Fight for $15 sign to a window at a McDonald’s in the city. –Photo courtesy of FightFor15.org

Nonetheless, leaders of the Fight for $15/Chicago labor advocacy organization said this week that a rising minimum wage is “just a start” and that they continue to press for higher wages, improved working conditions and employee unionization at worksites across the metro area, especially at fast-food restaurants.

The law allowing public housing tenants to keep pets is the result of Senate Bill 154, by Sen. Linda Holmes (D-Aurora) and Rep. Stephanie Kifowit (D-Oswego). It provides that tenants of multifamily housing units that are acquired, built or renovated with money from the Illinois Affordable Housing Trust Fund may keep up to two cats or one dog weighing less than 50 pounds.

It applies to residents of housing units that are designated as affordable housing for low- and very-low-income families. The bill passed both chambers in its final form on May 30 and Gov. JB Pritzker signed it into law Aug. 6.

Other new laws include: