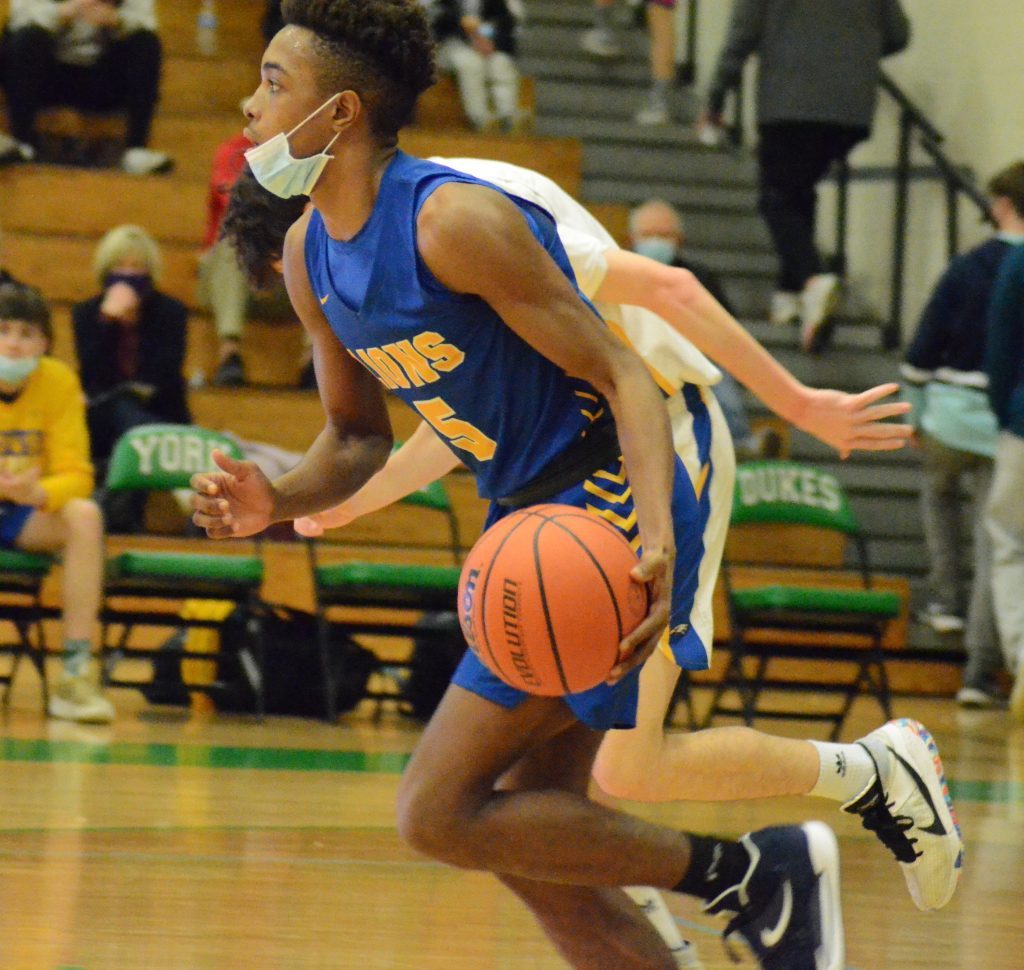 Lyons Township’s Tavari Johnson was an all-tournament player as he helped his team to a second-place finish in the Jack Tosh Tournament. Photo by Jeff Vorva

The Hilltoppers are ranked No. 1 in most state and Chicago-area polls.

But not much else about this tournament made a lot of sense, especially when it came some of the seven area teams involved or, in two cases (Riverside-Brookfield and Solorio Academy), not involved. It should have been re-named the Jack Tosh Oh-My-Gosh Classic after this one.

A look at what happened to area teams at the five-day tournament, which was held at York High School and ended New Year’s Eve.

Lions coach Tom Sloan liked the way his team competed in the 2021 portion of the season and hopes it continues through 2022.

“I like the chemistry that the group has,” Sloan said. “Nobody is trying to get their own numbers. They share the ball. You can really tell when a team is committed when they consistently get down in a stance on the defensive end and grind out defensive stops. No team is perfect, but they are competitive kids.

“I would like to see the kids continue to play as hard as they do now, and hopefully we make shots consistently and beat good teams.” 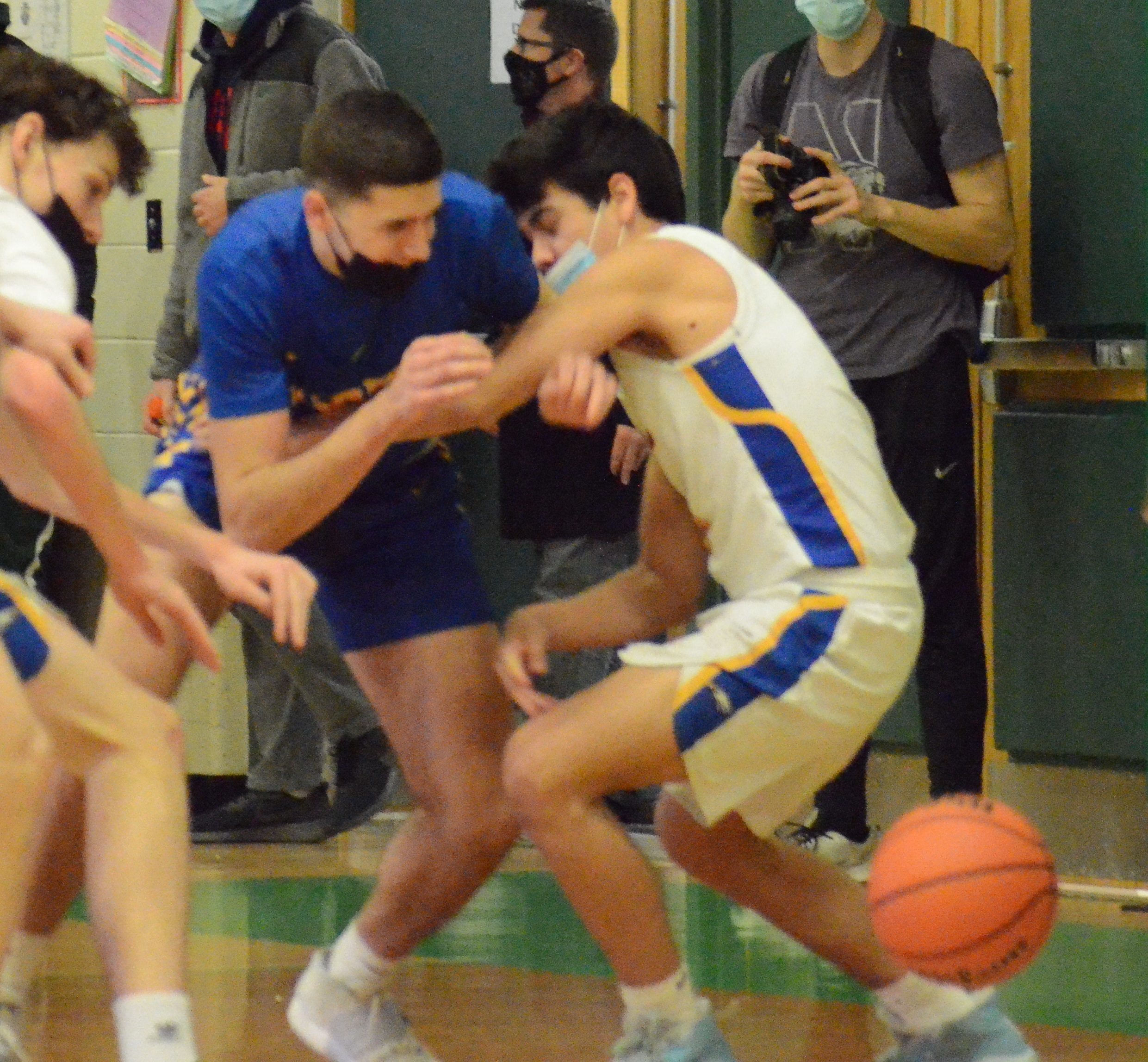 Eagle’s Weird Run
Sandburg was supposed to play Riverside-Brookfield (the third seed in the 32-team tournament) in the first round, but the Bulldogs pulled out because of COVID-19 concerns.

So, the Eagles earned a bye into the second round.

Tosh organizers found a team from the Immaculate Conception Tournament a few miles away, Christ the King, to make a cameo appearance and face the Eagles. Christ the King won a 57-55 thriller on a last second-shot.

Meanwhile, Nazareth won its first-round game over Highland Park, 51-43 in overtime. But the Roadrunners pulled out of the tournament after the first round because of COVID-19 concerns.

So, Sandburg and Highland Park played each other in the second round despite neither team winning on the first day of play. Ryan McPolin hit a shot with two seconds left in the game and the Eagles moved into the final eight with a 36-34 victory.

Coach John Daniels admitted it was a strange tournament.

“York did a great job trying to make sure that we got to play,” he said. “It’s just crazy times. But what I said to everybody is that the kids just need to play basketball. Separate the winning and the losing right now. Right now, our world is crazy enough and the kids work hard and need to be on the court.

“We advanced to the quarterfinals because of COVID. Are we better than a lot of the teams in the quarters? Probably not. Is it fair? I don’t know. I’m not going to say it’s fair or it’s not fair.”

Big shot
Youthful St. Laurence finished 1-3 in the tournament, but had one memorable highlight when freshman Jacob Rice hit a three-quarter-court shot at the third-quarter buzzer in a loss to Schaumburg.

Ending with a win
Stagg avoided going 0-4 with a 67-51 consolation victory over Timothy Christian. Vilius Jurgelevicius led the Chargers with 11 points.

No-Whistle Workout
Before Nazareth bowed out of the tournament, the Roadrunners’ opening-round victory over Highland Park featured a first half in which no fouls were called. 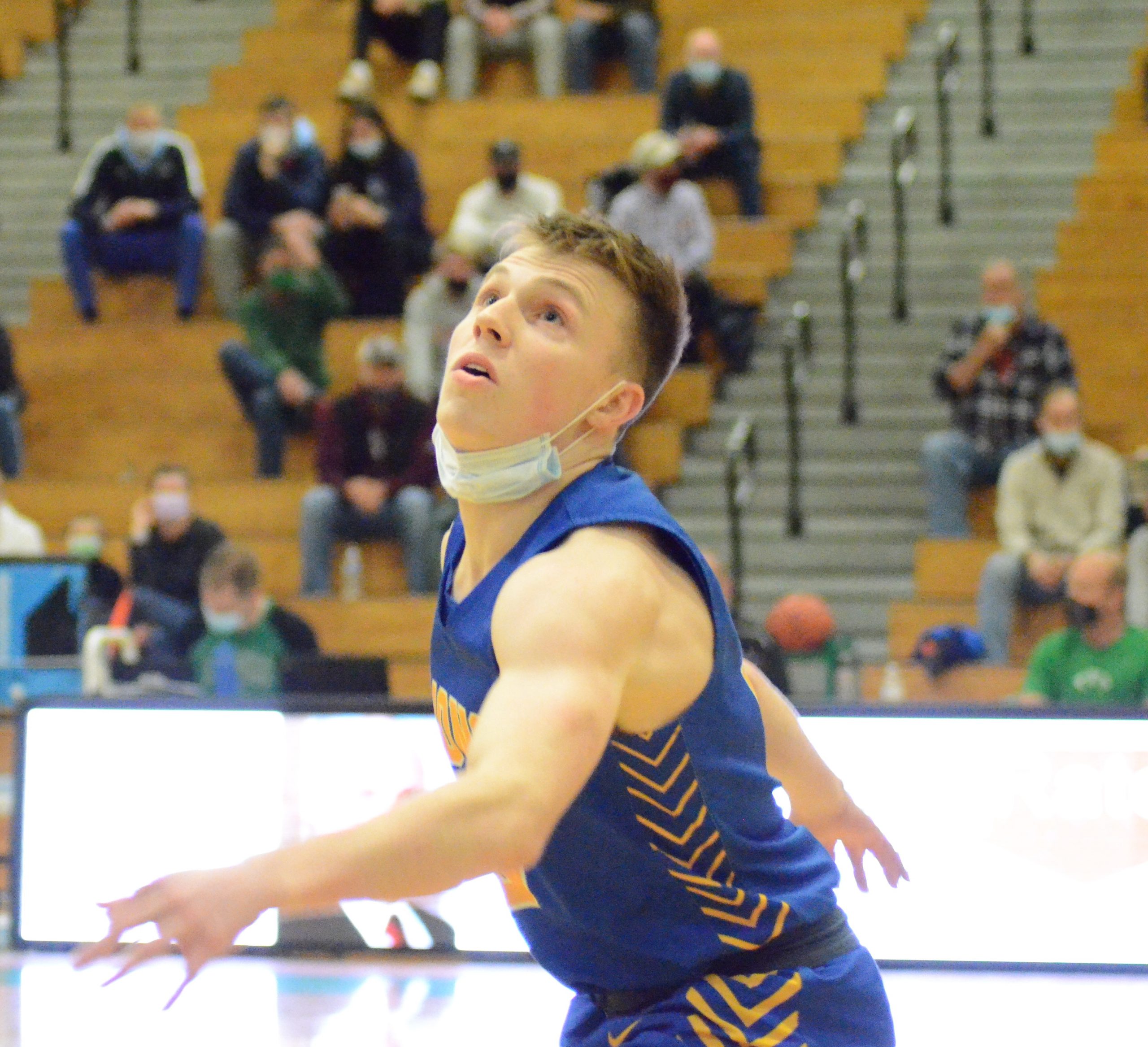 Lyons’ Jackson Niego watches after his deflection of a Sandburg pass flies in the air in a quarterfinal game at the Jack Tosh tournament. Photo by Jeff Vorva