U.S. Rep. Bobby Rush, the state’s longest serving member of Congress, announced Tuesday he would not seek re-election this year, stepping down after almost 30 years of representing Chicago’s South Side and southwest suburbs.

Rush, 75, formally announced that he will not run for a 16th term in Congress, but vowed to continue his fight for racial justice and equity outside of Washington, citing his long history of “running to the fire” — and surviving.

“My faith tells me that there’s a reason I’m still here,” Rush said in a statement. “I am not leaving the battlefield. I am going to be an activist as long as I’m here in the land of the living, and I will be making my voice heard in the public realm — from the pulpit, in the community, and in the halls of power.”

He has suffered in poor health in recent years including cancer of the salivary glands and recently announced he had tested positive for COVID.

Rush first won election to Congress in 1992 and will have served for three decades when he retires early next year. He is the only Democrat to have defeated Barack Obama, who unsuccessfully challenged him during Rush’s 2000 re-election bid.

Rush said that he was not “cutting and running” and that his retirement from Congress was not driven by a fear of the upcoming midterm elections.

“For me, I have a higher calling and I am answering that higher calling: To continue my mission … from a different perspective, and from a different position,” Rush said at a news conference at Roberts Temple Church of God in Christ. The same church was the site of the 1955 funeral of Emmett Till, the 14-year-old Black boy whose brutal torture and murder in Mississippi sparked the civil rights movement.

Rush paid tribute to the church as a “sacred space” before his remarks Tuesday.

“On this very spot, our nation was forever changed. The tremendous courage of Mamie Till, Emmett’s mother, in keeping that casket open, will never, ever be forgotten nor diminished,” he said.

Rush’s retirement ensures there will be a new congressman for the 1st District for the first time in 30 years.

His retirement is likely to lead to an active primary campaign in the 1st District. Several hopefuls had already signaled their intention to vie for Rush’s seat, including activist Jahmal Cole, teacher Kirby Birgans, pastor Chris Butler, Dee Nix and Michael Thompson.

Chicago Ald. Pat Dowell (3rd) announced his candidacy on Wednesday. “After careful consideration and many conversations with family and supporters, I am announcing that I will run for Congress in Illinois’ 1st District. Congressman Rush has created a legacy of fighting for others that I will strive to honor and uphold. I am grateful for the support people have given me in my run for Secretary of State. Recent events, both here in Illinois and across the country, have led me to decide to make this run for Congress.”

Born in Georgia in 1946, Rush’s family moved to Chicago as part of the Great Migration of African Americans from the South.

He enlisted in the Army in 1963 and became active in civil rights while stationed in Chicago. He went AWOL in 1968 after the assassination of Dr. Martin Luther King Jr., according to an LA Times profile, and helped launch the Black Panthers Party chapter in Illinois the same year. He later received an honorary discharge from the Army.

Rush became the acting leader of the Illinois Black Panther Party after Chicago Police assassinated Chairman Fred Hampton in 1969. Rush left the Black Panthers in 1974. He focused on education through the 1970s, getting degrees from Roosevelt University, University of Illinois Chicago and McCormick Theological Seminary.

It was during that time he gravitated toward politics. After an unsuccessful bid for City Council, he became 2nd Ward alderman when Washington was elected in 1983. He served in that role for nearly a decade before seeking the Congressional seat.

His only electoral loss in the past 30 years was an unsuccessful bid for mayor against Richard M. Daley in 1999. 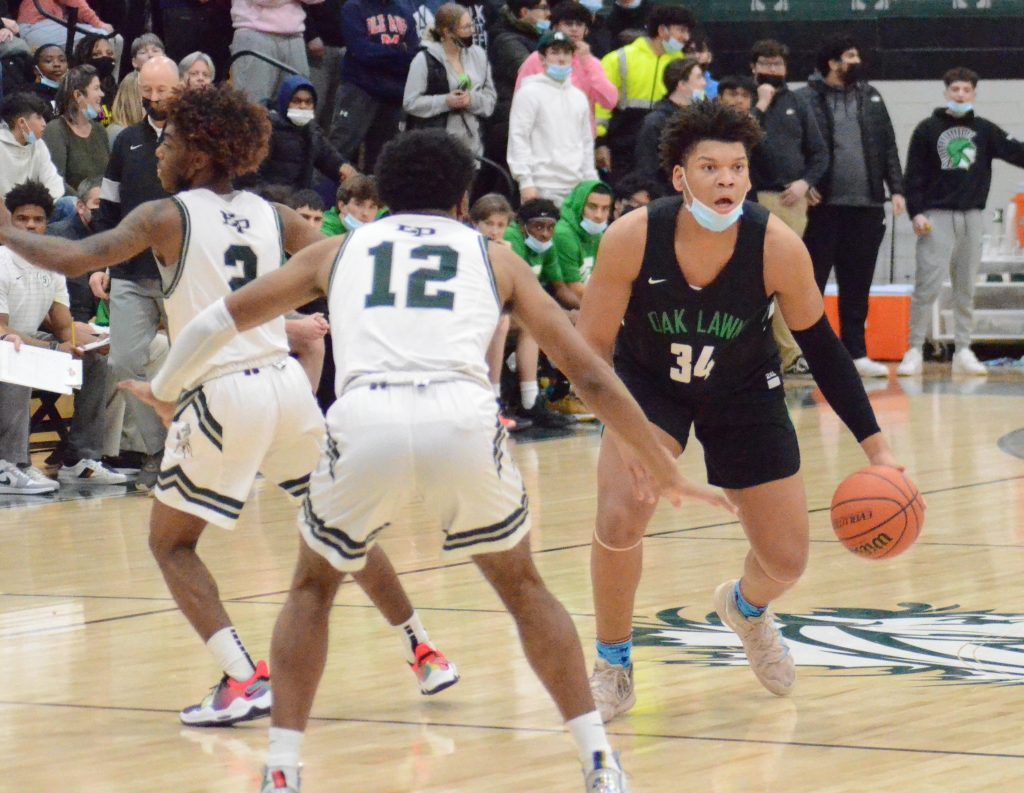 By Jeff Vorva Staff Writer Oak Lawn senior basketball player Davion Lawrence is 45 pounds lighter than he was last season, but insists his eating habits are the same. He has, however, changed up his training habits. Heading into football last fall, Lawrence and a few fellow seniors wanted to get in the best shape…