Two Oak Lawn officials are calling for Gov. J.B. Pritzker and local legislators to re-evaluate a police reform law that they say has resulted in a rise in crime.

Trustee Alex Olejniczak (2nd) served as mayor pro-tem during the Oak Lawn Village Board meeting Tuesday night in place of Mayor Terry Vorderer, who could not attend. Olejniczak and Village Manager Tom Phelan both stated that House Bill 3653 Senate Amendment 2 that was passed on Jan. 13, 2021, has made it more difficult for police to enforce the law.

Olejniczak thanked Oak Lawn police for apprehending a suspect who was linked to a carjacking. One of two offenders was arrested after police talked him into surrendering during the early morning hours of Jan. 8 in the 9100 block of Kedvale. 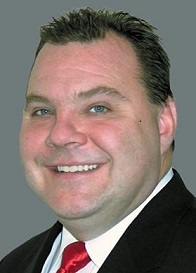 Police were pursuing him when he dropped a backpack. Police discovered a gun was inside the bag. The suspect had entered a single-family home on that block. Later, another firearm was found outside the home.

Police Chief Dan Vittorio said that a second offender had fled the area but is known by the police and a warrant for his arrest will be posted soon.

“I want to thank the men and women of the police force for all the hard work they do,” Olejniczak said. “These guys and ladies are out there protecting us. We want to make sure when criminals come to Oak Lawn they will be held accountable.”

But after thanking the local police for their efforts, Olejniczak criticized state legislators who backed the reform bill law.

“The governor and legislators out there have empowered the criminals,” Olejniczak said. “We now have police officers who are getting shot and begging for their lives. I’m begging these legislators and the governor to speak out against this law and to make changes.”

Phelan said that he was afraid that crime would escalate after the police reform bill was enacted. He mentioned that there has been a rise in stolen catalytic converters in the village. He also said that individuals known as squatters are residing in some vacant homes in Oak Lawn.

“If you see something, say something,” Phelan said.

Phelan said that some squatters have been residing in homes in the 1st District of Trustee Tim Desmond. Phelan added that if residents see vehicles pulling up at homes late at night with people coming in and out, contact the village and police.

Olejniczak said the new law is making the job more dangerous for police, referring to the recent shooting death of Bradley Police Sgt. Marlene Rittmanic and her partner, Officer Tyrus Bailey, who was critically wounded in the motel shooting. Bailey is in intensive care at Advocate Christ Medical Center in Oak Lawn.

“It bothers me that none of our leaders and legislators have spoken out about these shootings,” Olejniczak said. ” A police officer was begging for her life and was shot in cold blood.”

On a brighter note, Olejniczak applauded the efforts of the public works department, which he said did a phenomenal job of plowing snow and taking care of weather-related emergencies. They repaired eight water main breaks over the weekend.

“These guys don’t get enough credit,” Olejniczak said. “They are out there working when it is zero out.”