January 23, 2022/Comments Off on Strus tops former coach in Stagg’s win over Sandburg 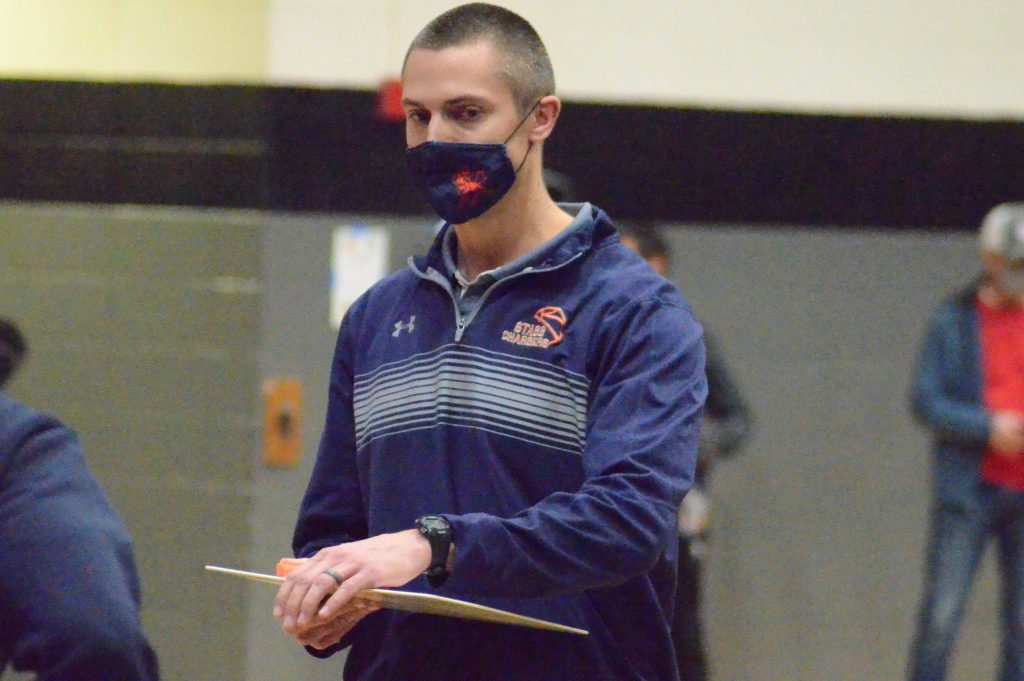 Stagg coach Marty Strus gets ready to talk to his players during Friday night’s game against Andrew. Photo by Jeff Vorva

Marty Strus has nothing but good things to say about his former high school coach, John Daniels.

“He’s meant a ton to me,” Strus said of the coach he faced off against last week when his Stagg Chargers took on Sandburg. “He meant a lot to me as a player and was a mentor to me when I became a coach and teacher, and now we’re teaching together. I’m happy he’s doing what he wants to do.”

Strus took over for Daniels as the Stagg boys basketball coach in 2017, when Daniels decided to take a break from coaching hoops. Daniels returned to the court this season, coaching at District 230 rival Sandburg.

The two faced off as head coaches for the first time on Jan. 22, when Stagg pulled off a 67-50 victory in at SouthWest Suburban Conference crossover battle in Orland Park.

The game was originally scheduled for December and was postponed, but for Stagg it came at a great time as it snapped a two-game losing streak. The Chargers lost to Bradley-Bourbonnais on Jan. 18 and Andrew on Jan. 21. 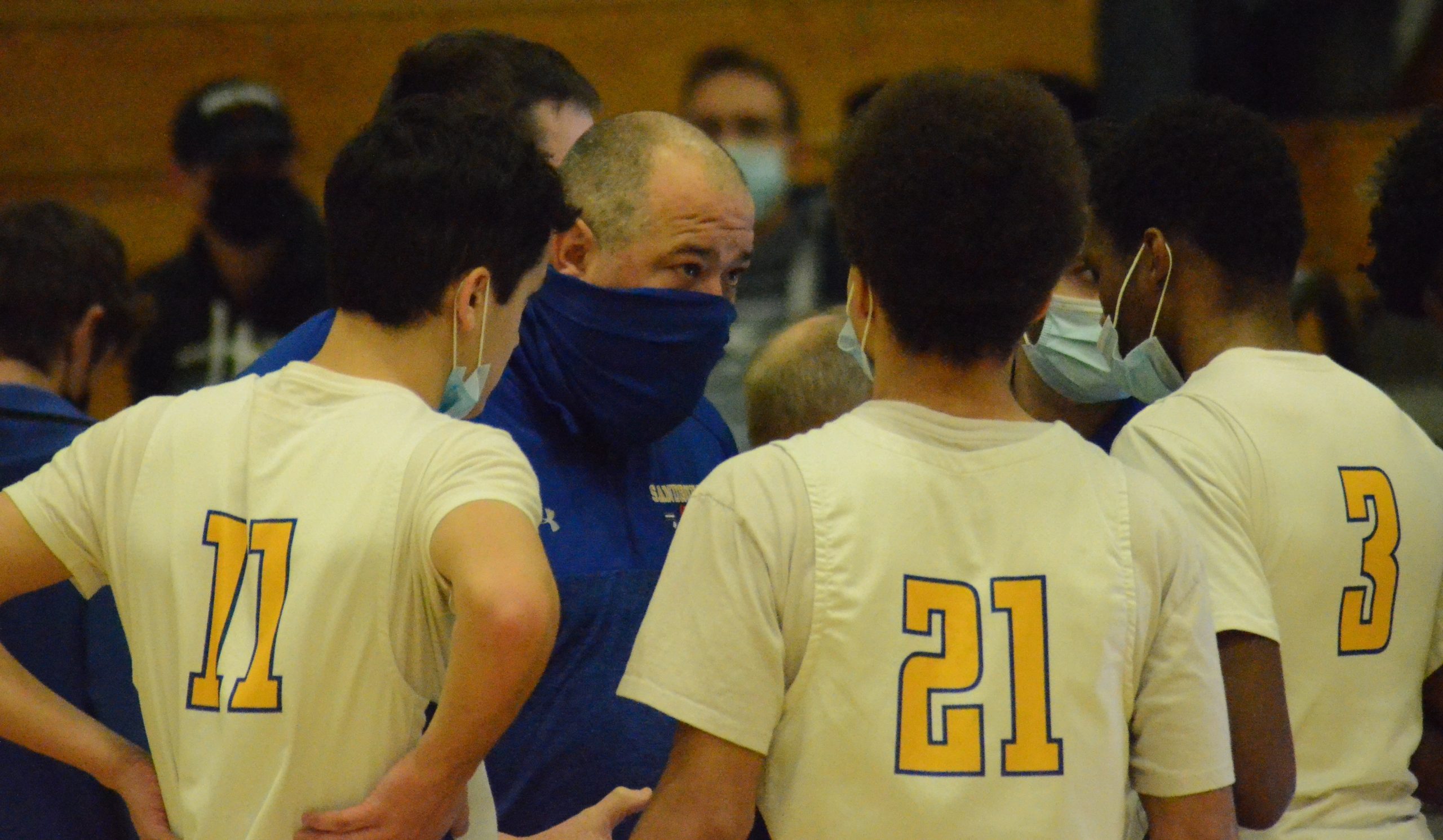 Sandburg coach John Daniels, shown talking to his Sandburg players at the York Tournament in December, was a mentor to Stagg coach Marty Strus when Strus played for the Chargers. The two faced each other Jan. 22 in Orland Park. Photo by Jeff Vorva

Strus was glad he could face his old coach.

“I think the game of basketball is better with him coaching in it,” Strus said. “The life lessons that he was able to teach — he taught more than just basketball. The more high school students he is able to do that with, the better off we’re going to be.”

Strus appreciates Daniels’ ability to get to know players as people.

“He was always pretty good about having conversations with players and recognizing that when someone is not having a good day, he would try to find out what’s going on,” Strus said. “Maybe there was something going on at home. Maybe it was something at school. The way he still holds relationships with his former players is great.

“If they are playing in college, he’ll go watch them play. The things he has done for me and my brother … that’s what this is all about. Building those relationships.”

As their record indicates, the Chargers have had their up-and-down moments this season, but started the 2022 portion of the schedule on a big note with an upset of Lockport, 51-48, on the road on Jan. 7. They followed that with wins over Shepard, Lincoln-Way West and Addison Trail before getting roughed up last week by Bradley, 61-41, and Andrew, 55-32.

The Chargers trailed Andrew 37-7 at one point in the third quarter before scoring eight straight points.

Strus is hoping that as the season winds down, his team can return to the form that started the calendar year.

“The past few weeks we were much better about taking care of the ball and defending,” he said. “If you do those two things, I don’t care who you are playing, you will be in any game.” 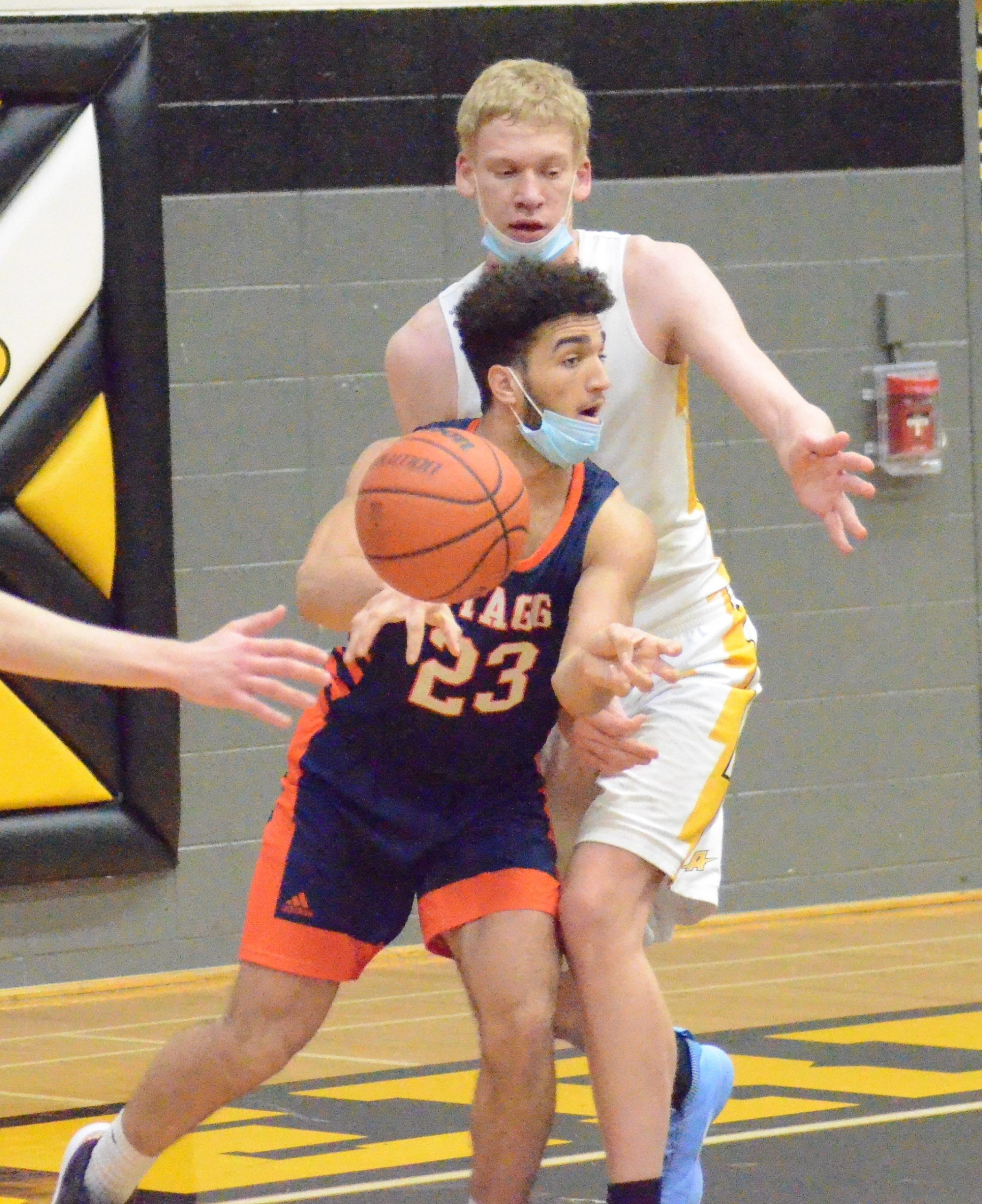