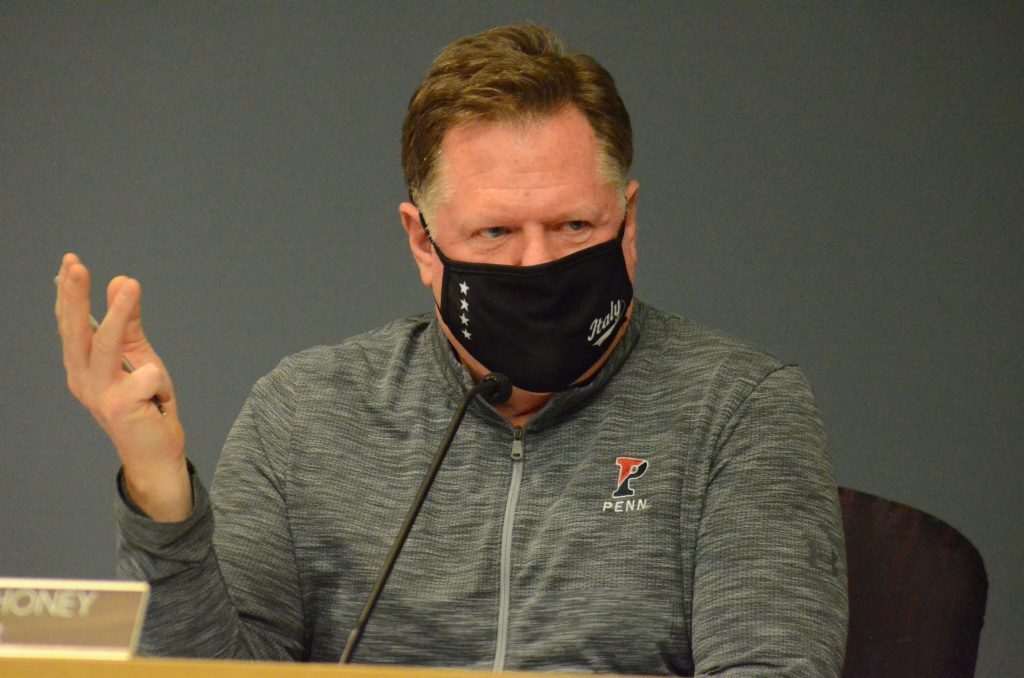 Signs are pointing to the fact there probably will be limited video gaming in Palos Park.

Mayor John Mahoney and the village council rejiggered a few things with an ordinance and some of the village codes and the end result is that Monday they asked village attorneys to look into the changes to prepare for a possible vote on Feb. 14.

If all gets passed that day, look for Cog Hill Country Club to eventually get gaming machines while bars and restaurants in the village are not in the mix at this time.

“To date, we do not have a Class A applicant [bars and restaurants] for video gaming,” the mayor said. “We can consider that in the future. But we don’t have one right now. My suggestion is that we take that off the table.

“We have received a letter with interest from Cog Hill for the Class G license [pertaining to golf courses]. We are asking the village attorney to revise the ordinance to eliminate the Class A license for now and we are keeping Class G on the table.”

If this passes, the machines will be on the far west side of the community in what used to be Lemont and not in the heart of Palos Park near businesses and neighborhoods.

At Monday’s meeting, a resident spoke against allowing machines and for those keeping score, in the past four meetings, nine citizens expressed they did not want it in town, and one was in favor of it.

Council members displayed a reluctance throughout this whole process about bringing the machines to the village but thought it would be better for businesses to have that option.

Mahoney also wants to make sure that video gaming in an establishment does not affect anyone who does not wish to participate, so they won’t see it or hear the machines.

The mayor also announced he wants the yearly fee to be $100 per machine to be paid.

Mahoney said after the meeting that this solution made sense.

“We are absolutely listening to what the public is telling us,” Mahoney said. “We are making modifications.”

The issue was first brought up Oct. 25 when council members were hearing from a few businesses in town. Because of the pandemic hurting some restaurants and bars, the council members thought this was a good way for them to help recover.

Council members have been careful in making sure they hear all sides of the issue and have been mulling this over back-and-forth for three months.