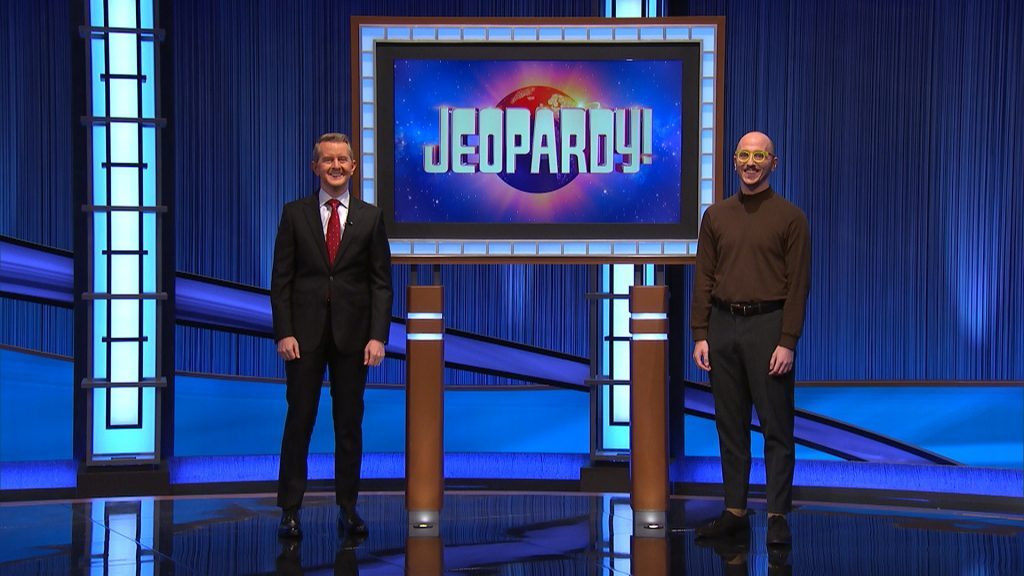 Rhone Talsma grew up watching “Jeopardy!” – the classic game show with a twist where the answers are given first, and the contestants supply the questions.

On Wednesday, Talsma knocked off 40-day champion Amy Schneider and won almost $30,000 in the process of becoming the new champion. Locally, the show airs Monday to Friday at 3:30 p.m. on ABC-Channel 7. 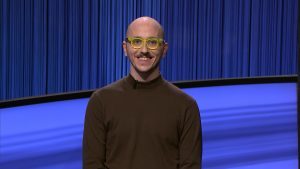 “My Uncle Rick was an especially big ‘Jeopardy!’ fan and we enjoyed watching it together often until he passed away in 2012,” Talsma, of Chicago, said.

Uncle Rick would have been proud of his nephew – who not only took over his spot as one of the show’s biggest fans, but who started his own reign as champion on Wednesday.

“I’m a pretty competitive person, and ‘Jeopardy!’ felt like a game where I could be the most competitive,” Talsma said.

Talsma, who works as the Multimedia Librarian at the Chicago Ridge Public Library, has been taking the show’s online test since 2016. Everyone who passes the initial test is added into a lottery, and there’s an element of chance involved in getting asked to audition. Talsma most recently took the test in March 2021 and was contacted to audition in June.

The audition consisted of another online test conducted over Zoom, and then another Zoom audition featuring a mock game and brief interview in groups.

“I actually did the second half of my audition on my lunch break at the library,” Talsma said. “I felt pretty confident that I had given a good audition and might get the call, but they keep you in the mix for 18 months after the audition, so I wasn’t expecting to get contacted as early as I did.”

Talsma was invited to play on October 6, 2021, and filmed his appearance in Los Angeles on November 9.

“I was genuinely shocked,” Talsma said. “The odds of getting on the show feel so low, especially when you take the test year after year. I am very lucky that I got all the way through to the Alex Trebek Stage on my first try. So, even though I did feel good about my audition, I just couldn’t believe it was really happening, and I definitely felt very nervous. My partner, friends and co-workers can all attest that I was on pins and needles throughout October while I studied and waited for my filming date to arrive. Once I was actually there, though, I felt more excitement than nervousness.”

Talsma received a Bachelor of Arts degree from DePaul University in 2015, majoring in Women’s and Gender Studies. In 2018, he graduated with a Master of Science in Library & Information Science from the University of Illinois at Urbana-Champaign.

“I have always enjoyed trivia games and have sort of always had a knack for hanging on to facts and figures, especially those related to geography and history,” Talsma said. “I did scholastic bowl in high school for one year, but most of my experience with trivia games has come from watching Jeopardy! whenever I could for most of my life.”

To prepare for the show, Talsma dedicated a lot of his free time to developing expertise in subjects that were important to him. He did his best to study in areas where he felt like he had room to grow my knowledge in, mostly just reading articles on Wikipedia and trying to memorize important facts.

“But the best way to study for ‘Jeopardy!’ is to watch the show every day,” Talsma said. “I am a ‘Jeopardy!’ superfan – I watch daily, discuss the episode on websites like Reddit, and diligently play along as a way to check and improve my knowledge, both my trivia knowledge and the knowledge of how to play the game. In a way, I’ve kind of been studying for most of my life.”

Prior to this experience, Talsma said he had never been on a Hollywood studio lot nor had he ever appeared on anything nationally broadcast.

“It was such an intense, but extremely fun, experience from beginning to end,” Talsma said. “I did a lot of public speaking and performing in high school and college, so I think that maybe helped me a little bit, but it was still unlike anything I’ve ever done.”

Talsma said even just getting invited to audition felt validating, and everything that’s unfolded since has made him feel really proud of himself.

“It’s also been so wonderful to have so many people, especially my co-workers in Chicago Ridge, rally around me, support me and celebrate me,” Talsma said. “I am incredibly fortunate.”

Talsma is right because his co-workers at the library said they couldn’t be prouder.

“We all think it’s really cool that Rhone was on ‘Jeopardy!’” Lori Lysik, Adult Programming Coordinator at the Chicago Ridge Public Library, said. “We are so proud of him.”

During the January 26 airing of the show, Talsma defeated 40-day champion, Amy Schneider, who during her run won more than $1.3 million

He overcame her $10,000 lead in Final Jeopardy. The clue was, “The only nation in the world whose name in English ends in an H, it’s also one of the 10 most populous.” The correct response: “What is Bangladesh?”

“This is as unexpected an outcome as I could have ever imagined,” Talsma said.