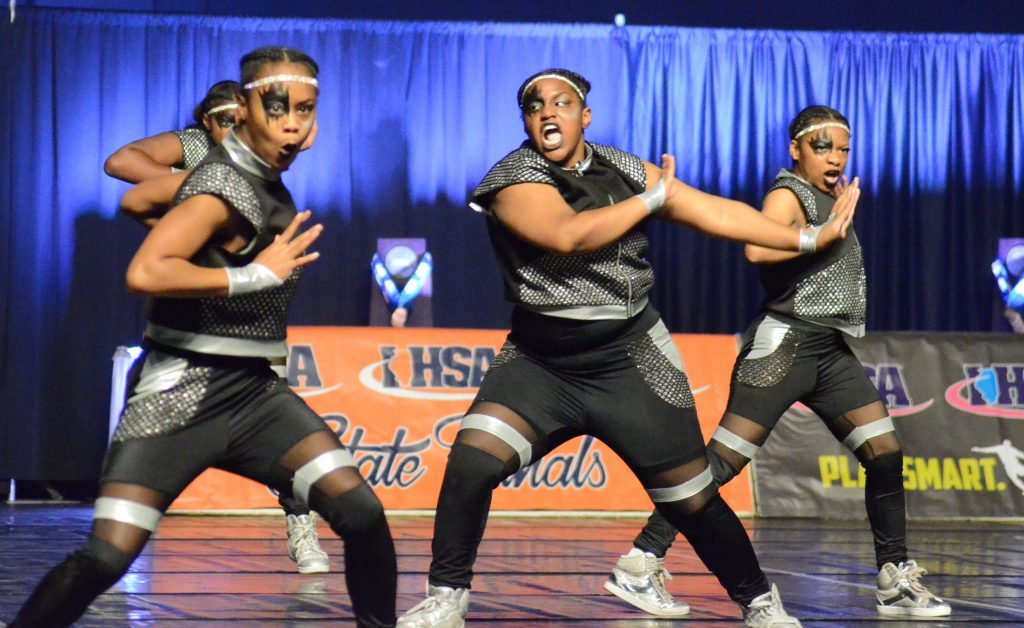 Evergreen Park’s competitive dance team shows intensity while finishing sixth in Class 1A in the state dance competition on Saturday in Bloomington. Photo by Jeff Vorva

The Mustangs are on the rise, and the team enjoyed its highest state finish by placing sixth in Class 1A in the IHSA state meet held Jan. 28-29 at Grossinger Motors Arena in Bloomington.

COVID-19 didn’t eliminate the state competition in 2021, but the postseason was performed virtually. Dance teams filmed a routine and judges scored the performances via video.

It was better than nothing, but it was better to be back performing live for the hundreds of teams across the state.

Evergreen Park was the highest-placing team in the area and the only team to qualify for the top 12.

Mustangs coach Marion Castillo welcomed the return to near normal near the town of Normal.

“It’s amazing to be back,” Castillo said. “It’s amazing for the girls. We only had two who hit the floor [in 2020] and the rest are new, so this was a great experience for them.” 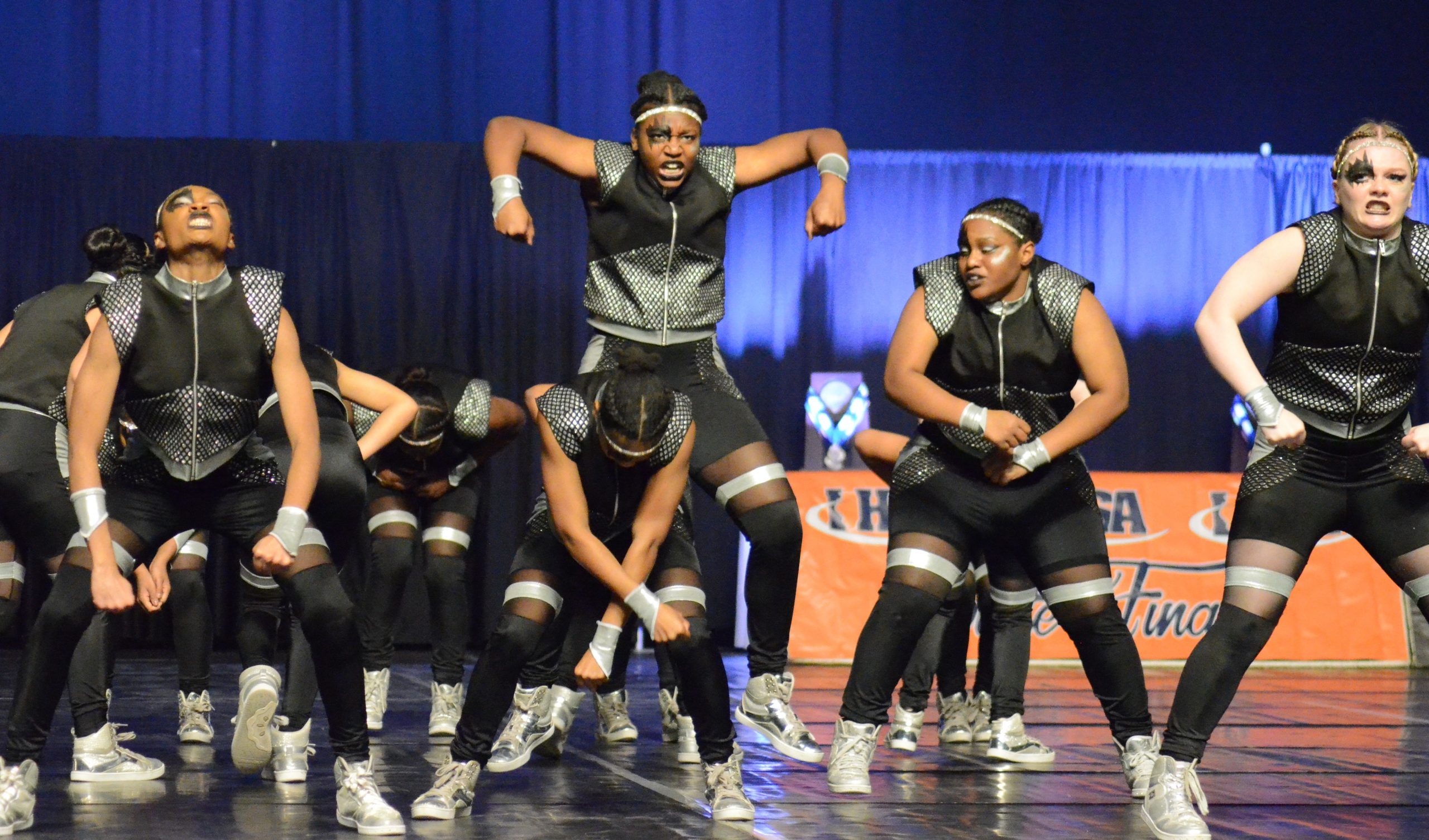 The Mustangs’ sixth-place finish in the state meet was the best in the program’s history. Photo by Jeff Vorva

This is the fourth time the Mustangs have been to the state meet. They finished 30th in 2014, the second year the meet was held.

After missing out on state for a stretch, they were back in 2020 and placed 10th. Last year, they took 21st in the virtual event.

Placing in state three straight years is historic for the Mustangs. It’s no secret how they got there.

“Hard work and dedication,” Castillo said. “They push themselves to their limits.”

Some state competitors performed to happy music. Some to sad songs. Evergreen Park’s routine, Rise and Fall, was intense and all the dancers wore paint near their right eyes for a unique effect.

“The theme is more of a battle through life,” Castillo said. “Don’t let anything keep you down. When things are not going your way, you rise up. That’s what we teach them.”

Other area schools at state did not make it to the final day.

Richards, making its first state appearance, took 22nd in Class 2A with a 78.10. 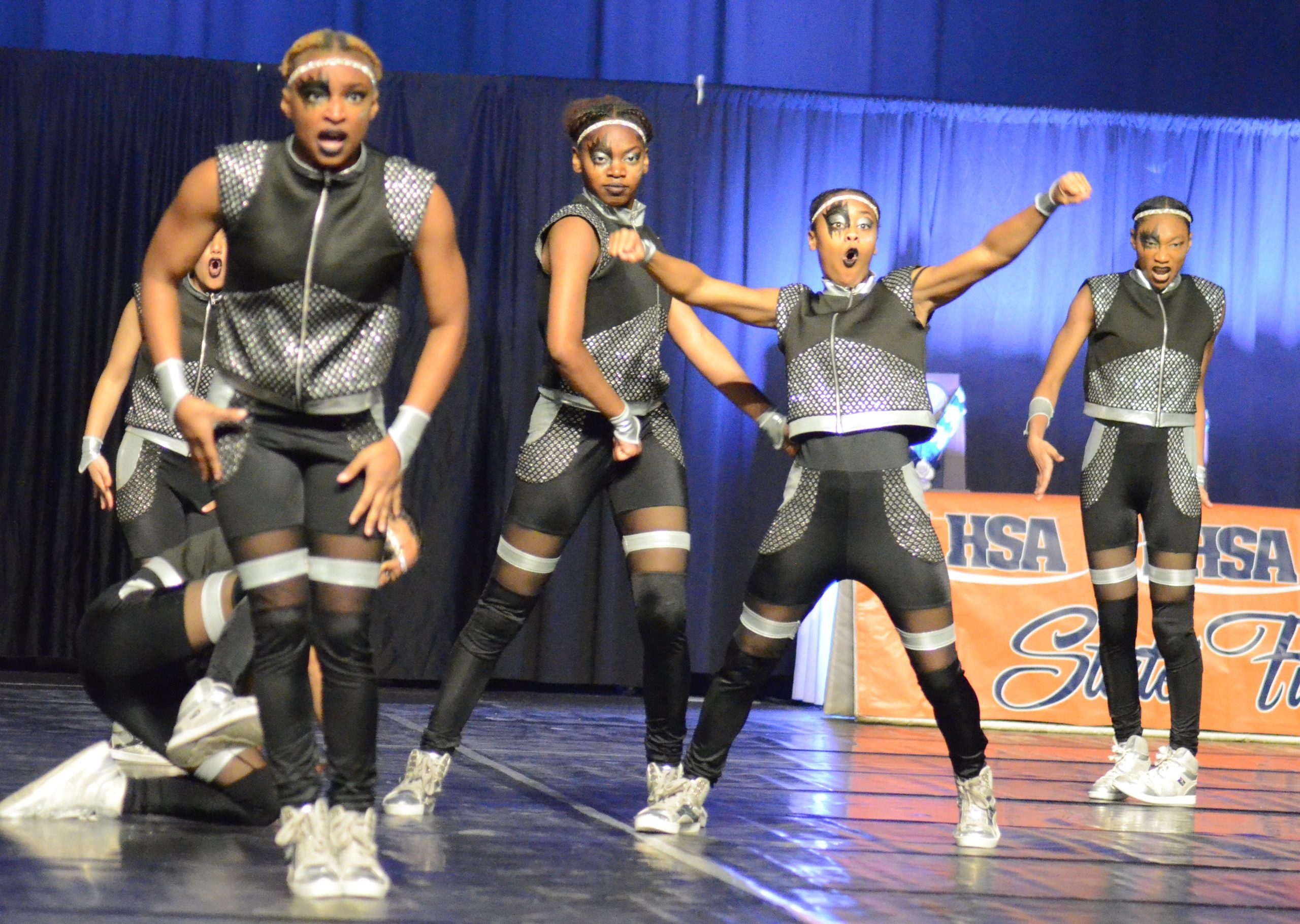