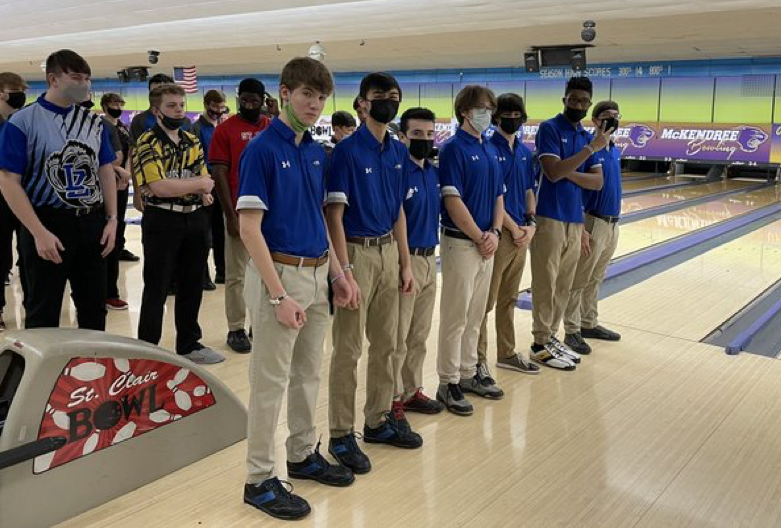 Sandburg’s boys bowling just missed bringing home a trophy but had its best showing ever at the state meet. Photo courtesy of Sandburg High School

Is there a state trophy coming for the Sandburg boys bowling team in the future?

With this unpredictable sport, that’s hard to predict. But after a fourth-place finish in the IHSA state tournament, held Jan. 28-29 at St. Clair Bowl in O’Fallon, the needle is pointing up.

The good news for Sandburg is that some pretty powerful bowlers are likely to return next season. Junior Gabe Castro led Sandburg with a 2,639 in 12 games. After a rough start on Saturday morning with two sub-190 games, he roared back with a 216-212-275 in the afternoon to help vault the Eagles from fifth on Friday to fourth. Castro finished 12th overall.

No other area school made the cut after the first round. Lyons finished 16th and Reavis 19th.

Minooka won the state crown with a 13,014 and Harlem was runner-up with a 12,909. Minooka sophomore Ethan Caruso was the individual champion with a 2,766, averaging 230 per game. 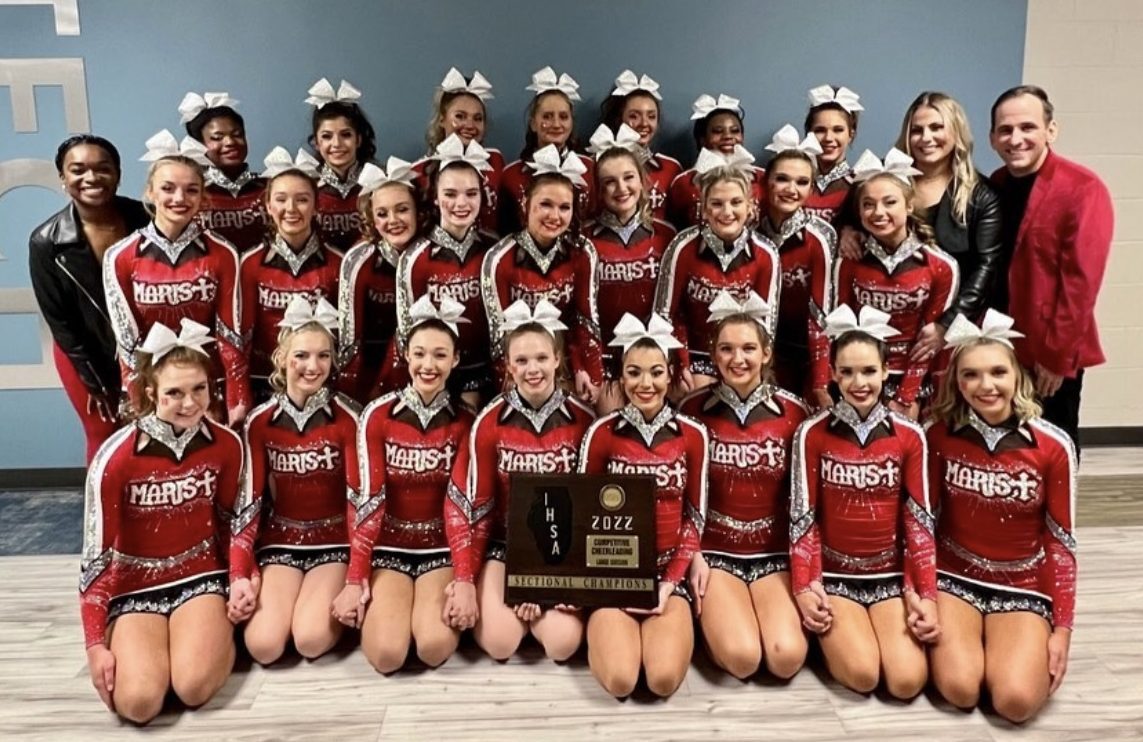 Marist’s cheerleading team was the lone area squad to win a section this year and it hopes for another big finish at state this season. Photo courtesy of Marist High School

Cheerleaders heading to state
Marist was the lone area school to capture a sectional title, but there were five other area teams that qualified for this weekend’s state competitive cheerleading meet at Grossinger Motors Arena in Bloomington.

The RedHawks took first place in the Large Team division of the Lockport Sectional with a 96.97. Sandburg was third with a 93.03.

This is Marist’s 16th appearance in the finals. The RedHawks have racked up three second-place finishes in the Large Team division and also own a third-place finish.

Sandburg is making its 17th appearance at state, qualifying every year the competition has been held. The Eagles have won three state titles, finished second in last year’s virtual event and have three third-place finishes.

Richards and Evergreen Park took second and third places, respectively, in the Medium Team division of the Lockport Sectional. Richards had an 86.70 while Evergreen Park rang up an 84.37.

Richards is making its fourth appearance at state and first since 2011. Evergreen Park has qualified eight times.

Shepard and Lyons will also be heading to Bloomington. The Astros took third in the Coed Team division with an 89.95 and Lyons took fourth with an 88.80.

Shepard is a 14-time state qualifier and Lyons is making its state debut.

EP is the place to be
Evergreen Park’s boys basketball team is hosting a showcase event on Sunday with various teams from the area scheduled to battle.