February 2, 2022/Comments Off on Archer Avenue may go green 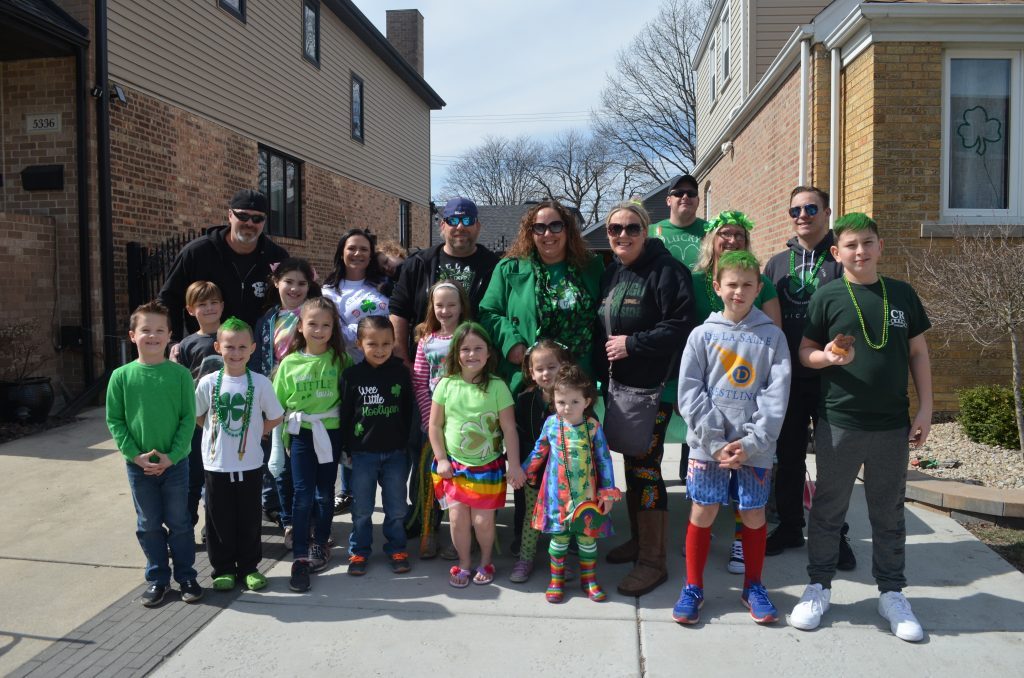 The neighborhood St. Patrick’s Day parade is a family-focused event, and those at the curb are often as colorful and interesting as those in the parade itself—as these parade goers proved in 2021. --Photo by Cosmo Hadac

Organizers of Garfield Ridge’s annual St. Patrick’s Day Parade are hoping the Lightfoot Administration will give a green thumbs-up to the small but festive celebration of all things Irish.

For each of the last two years, City Hall withdrew its support and denied permits based on pandemic-related concerns. 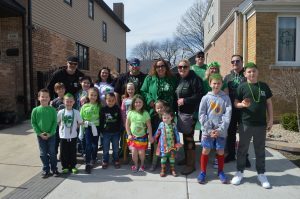 The neighborhood St. Patrick’s Day parade is a family-focused event, and those at the curb are often as colorful and interesting as those in the parade itself—as these parade goers proved in 2021. –Photo by Cosmo Hadac

This year, St. Patrick’s Day approaches as COVID-19’s Omicron variant is showing significant decline across the city and suburbs, yet at the same time the newly identified BA.2 Omicron subvariant is sweeping the globe.

Nonetheless, the parade is scheduled for Saturday, March 12.

Staging will be at Byrne School, 54th and Oak Park. Step-off is set for noon at Archer and Oak Park, with parade units heading east up Archer to Narragansett, where the parade will turn south and disband at the west parking lot of Kennedy High School.

The parade is an annual effort of the Clear-Ridge Men’s Social Athletic Club (SAC) and the International Union of Operating Engineers Local 150.

In both 2020 and 2021, in the face of City Hall’s denial of permits, a small handful of Garfield Ridge residents held a rogue parade—not on Archer, but along side streets near Byrne and St. Daniel the Prophet School, in the community’s northwest corner. The action kept the event’s seven-year string alive.

According to SAC member Al Cacciottolo, “It’s hard to underestimate the importance of this parade to Garfield Ridge and Clearing. It’s humongous. It’s good for morale, and it shows how well different people in this community can get along, can all come together—the Irish and the ‘Irish for a day.’”

He added that the parade does not have a specific after-party planned, because organizers want to encourage parade-goers to head off to neighborhood bars and restaurants and pump funds into the local economy.

As a former longtime owner of a bar and restaurant, Cacciottolo noted how harsh the pandemic has been on the hospitality industry, especially independent bars and restaurants.

“They need our support, now more than ever,” he said. “These independent businesses provide jobs to local men, women and teens. They matter, and they deserve a vote of confidence from everyone.”

Cacciottolo said the SAC is currently making the rounds, urging all local bars and restaurants to be open for business when the parade ends, and to consider offering parade-related specials.

It is anticipated that local schools, churches, Scout troops, youth athletic associations and others will have units in the parade. Units will have to register in advance with parade organizers. For details, contact Ed Maher at [email protected].

The parade on Archer is set to occur a day before the annual South Side Irish St. Patrick’s Day Parade, in the Beverly and Morgan Park neighborhood on the Far Southwest Side.

Reaction in the neighborhood was positive, judging by the pulse on local social media.

“I am so looking forward to this,” said Kathy Gorman. “Everybody I know is so sick of this pandemic and some of these vaccine mandates. As long as we get out there and do things responsibly, there should be no problem at all.”

Jorge Huerta said he “enjoyed the parade last year on the side streets. It was little and it was brief, but it had a real ‘family’ feel to it. I hope they can maintain that if it goes back to Archer.”

Don Veccio said he “can’t imagine that City Hall will deny a permit to this parade for the third year in a row. COVID or no COVID, the mayor knows she’s up for re-election in 2023, and she may know which way the wind is blowing. I’m sure she doesn’t want to make any more enemies that she has for the last three years.”

“I’m just praying for good weather,” said Mayra Lopez. “My grandkids love this parade. They dress up in green, pretend they’re Irish and always bring bags to scoop the candy [thrown by people marching in the parade]. It’s just a lot of fun.” 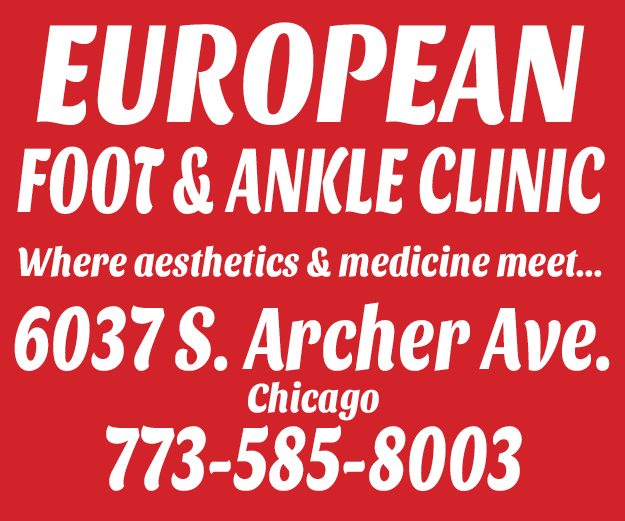