February 4, 2022/Comments Off on No injuries when Metra train hits school bus in Orland Park 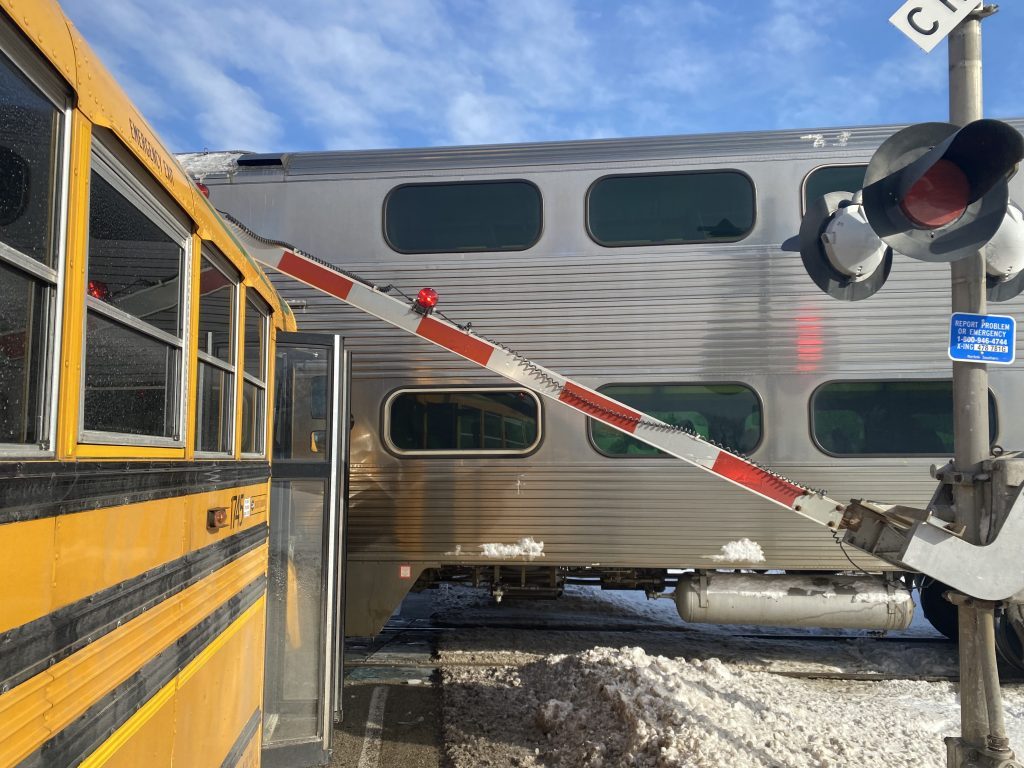 No children were injured Friday afternoon when their school bus stalled on railroad tracks in Orland Park and the bus was hit by a Metra commuter train. 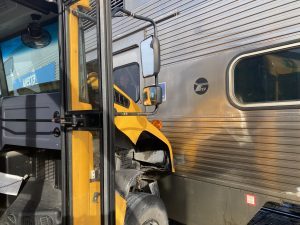 Fire Chief Michael Schofield said that fast action by the bus driver prevented anyone from getting injured.

“The investigation we did shows the driver stopped at the tracks as required to do so, but when she started the bus to cross, the bus stalled with the front end of the bus over the tracks,” Schofield said.

“The gate came down on top of the bus and the driver then quickly escorted the five children off of the bus to safety minutes before the Metra train hit the front of the bus.”

“When everyone does what they are trained to do, no one gets hurt. We are so grateful for that,” Schofield said.

Battalion Chief Joe Moore said none of the elementary school children and no passengers on the train were injured.

Metra is conducting an investigation of the accident.

Due to the crash, Train No. 827 scheduled to depart Chicago Union Station at 5:15 p.m. was cancelled.

By BETH HUNDSDORFER Capitol News Illinois [email protected]sillinois.com SPRINGFIELD – On Thursday afternoon, a Cook County judge found Illinois Department of Children and Family Services Director Marc Smith in contempt of court for the 11th time for violating court orders to move children to proper placements. The 11-year-old girl at the center of the case has…