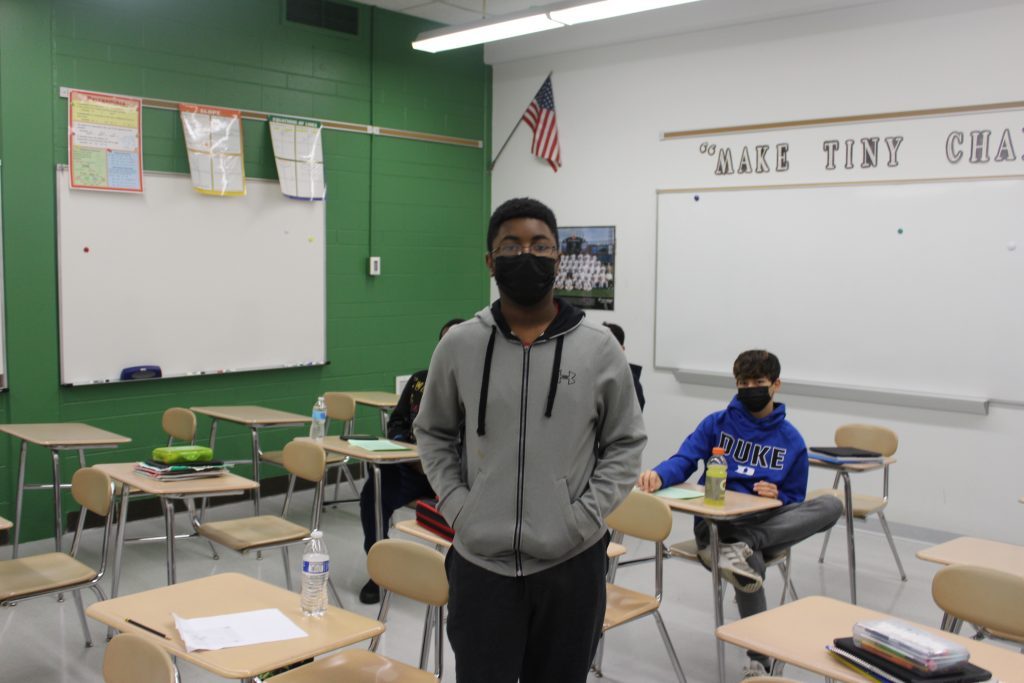 An Evergreen Park Community High School student has been adding up his future.

Sophomore Xarles “Chaz” Barnes recently discovered a unique talent of being able to multiply any two numbers ranging from 1-100 simply in his head. Barnes said he does not memorize the answers, they just come to him and quickly.

“I realized I had this capability about a year ago,” Barnes, 15, of Evergreen Park, said. “I like to think about and divide a lot of numbers. I was just sitting at home thinking about it and realized it came easy to me.”

“We started doing the Pythagorean Theorem in class, and I was asking my students to square numbers,” Patrick Doran, Special Education and Geometry teacher at Evergreen Park High School, said. “We started off pretty basic with 4×4, 6×6, 8×8, and so on. All of my students were doing a great job. The next day, Chaz came back to class and told me that he could square all of the numbers 1-100. I started asking him a few questions, and he got every single one correct.”

However, Barnes’ unique talent did not stop there.

“A few weeks later, he (Chaz) came back to class and told me that he can multiply all the numbers 1-100 by each other,” Doran said.

Doran, a first-year EPCHS teacher who has previously taught at other schools, said he’s never had a student who has been able to do this before.

“I have never seen anything like it,” Doran said. “It is truly amazing that he can do this so quickly while being accurate. He (Chaz) has a wonderful personality, and he is a hard worker. He learns something, and if it interests him, he wants to master it.”

Barnes, a Central Middle School graduate, does not need a calculator when it comes to multiplication problems.

“He will use a calculator for what I consider easier tasks, like adding and subtracting, but multiplying comes natural to him,” Doran said.

All of the eight students enrolled in Doran’s Essential Geometry class have various learning disabilities, but he never lets that stand in the way of their education and never mentions any of their disabilities.

Barnes said he has always had an interest in mathematics.

“I always liked it because I’m good at it,” Barnes said. “Hopefully, being good in math will help me to get a good job in the future.”

Barnes said his favorite thing to do is to multiply any number by 15; however, he is getting good quickly at multiplying much larger numbers.

Doran said while talking with Barnes, Barnes said, ‘I think I know 149 squared’… and, sure enough, he did.

“Sometimes multiplying comes naturally to me, but I still practice the big numbers,” Barnes said.