February 6, 2022/Comments Off on Marist cheerleaders takes 2nd in state 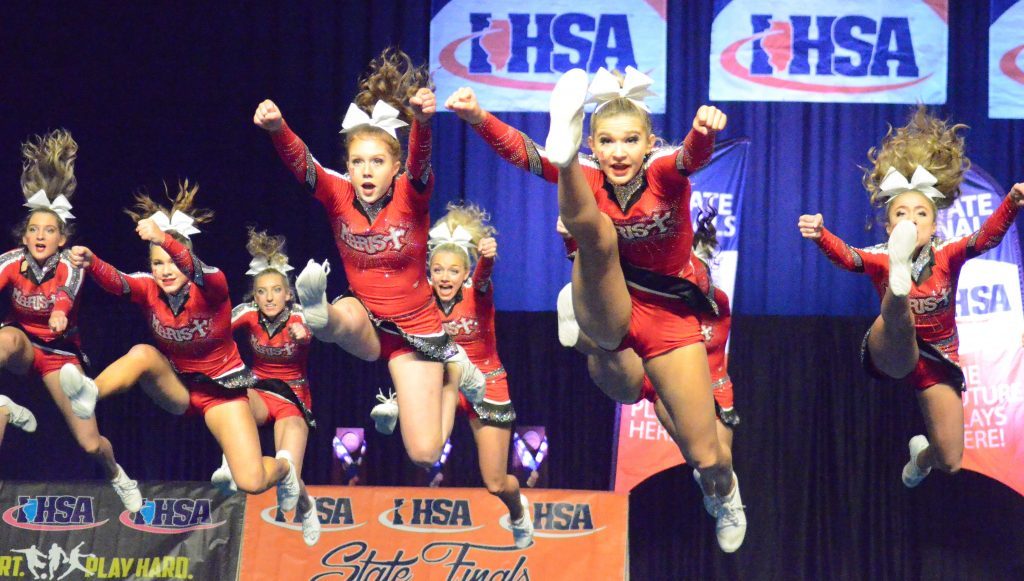 Marist's cheerleaders finished second in the state in the Large Team division on Saturday. Photo by Jeff Vorva

After Marist’s cheerleaders watched a video of their state finals performance on Feb. 5, there were some long faces and tears as the girls filed out of the video room and into the cooling-off room.

After a long meeting, there were more long faces.

“I’ve had better days,” RedHawks coach Jordan Miller said when a reporter asked how he was doing.

Well, the day certainly got better.

It turns out the RedHawks may have been harder on themselves than the judges were. The performance about which they were so upset earned them second place in the Large School division of the IHSA state meet at Grossinger Motors Arena in Bloomington.

The Redhawks scored a 95.87, less than a point behind Lockport’s title-winning 96.27. It was the best score by a Marist team on day two of the state meet in school history, and the RedHawks have qualified for the second day 13 times.

So, after the award ceremony, how did the coach feel?

“I feel a lot better,” Phillips said. “Obviously we thought we could have done better. But it ended up that our score was high enough to finish well. We were grateful to be here, and this is just icing on the cake.”

This is the fifth competitive cheerleading trophy brought home by Marist. They finished second in the state in 2013, 2018 and 2019, and third in 2012. 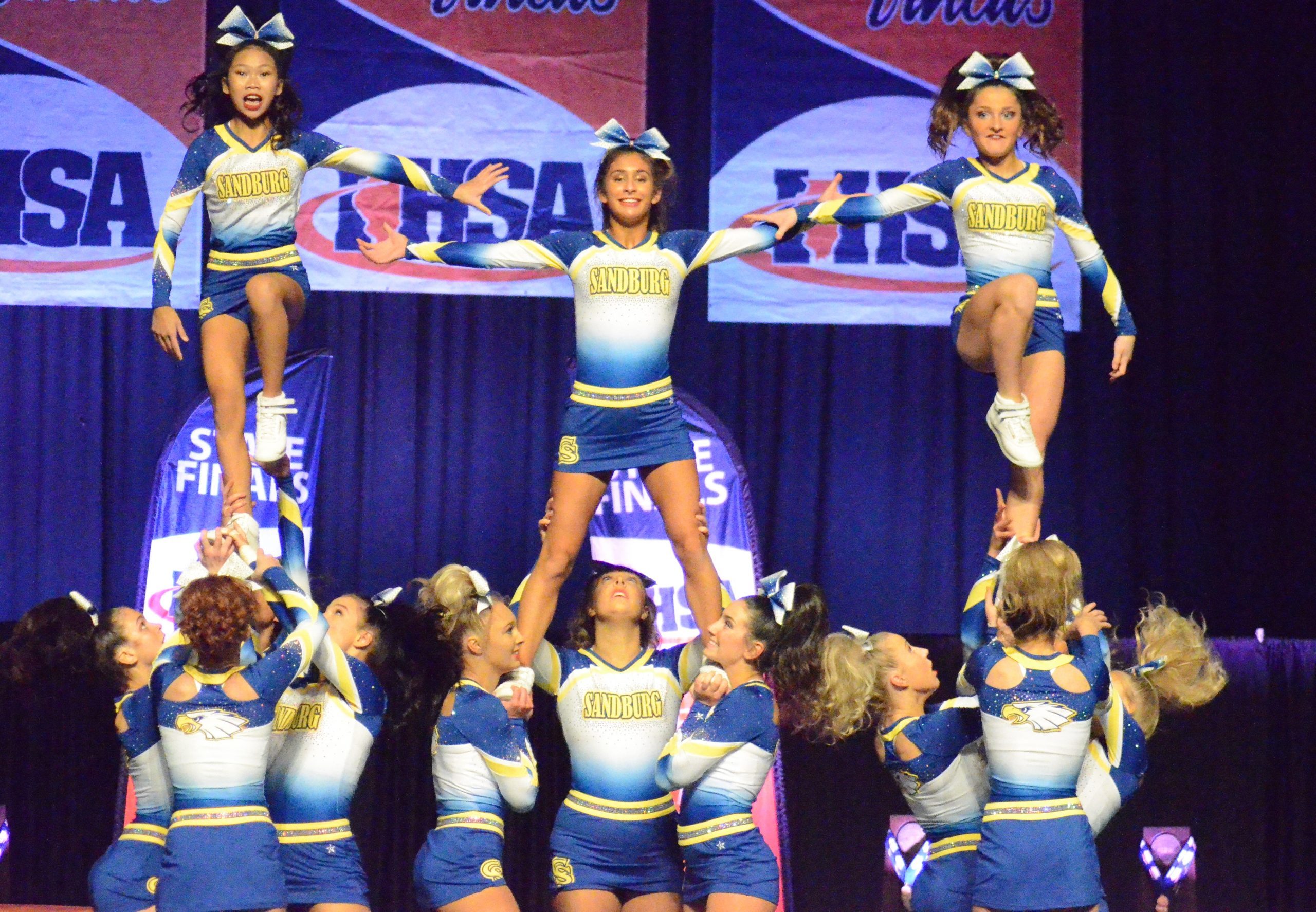 Sandburg’s cheerleaders took sixth in the state with seven freshmen on the roster. Photo by Jeff Vorva

Sandburg finished sixth in the meet with a 91.40.

“I’m really, really proud of them,” Eagles coach Mike Bruce said. “We only had four kids who have ever performed here before [the pandemic forced the 2021 meet to be a virtual competition]. We had seven freshmen on the mat with us. For them to have the two performances that they had this weekend and to get to Day 2 and have a top-10 finish, I couldn’t be more proud.”

In the preliminary round on Friday, Sandburg took third place with a 94.40 while Marist was fourth with a 93.50. 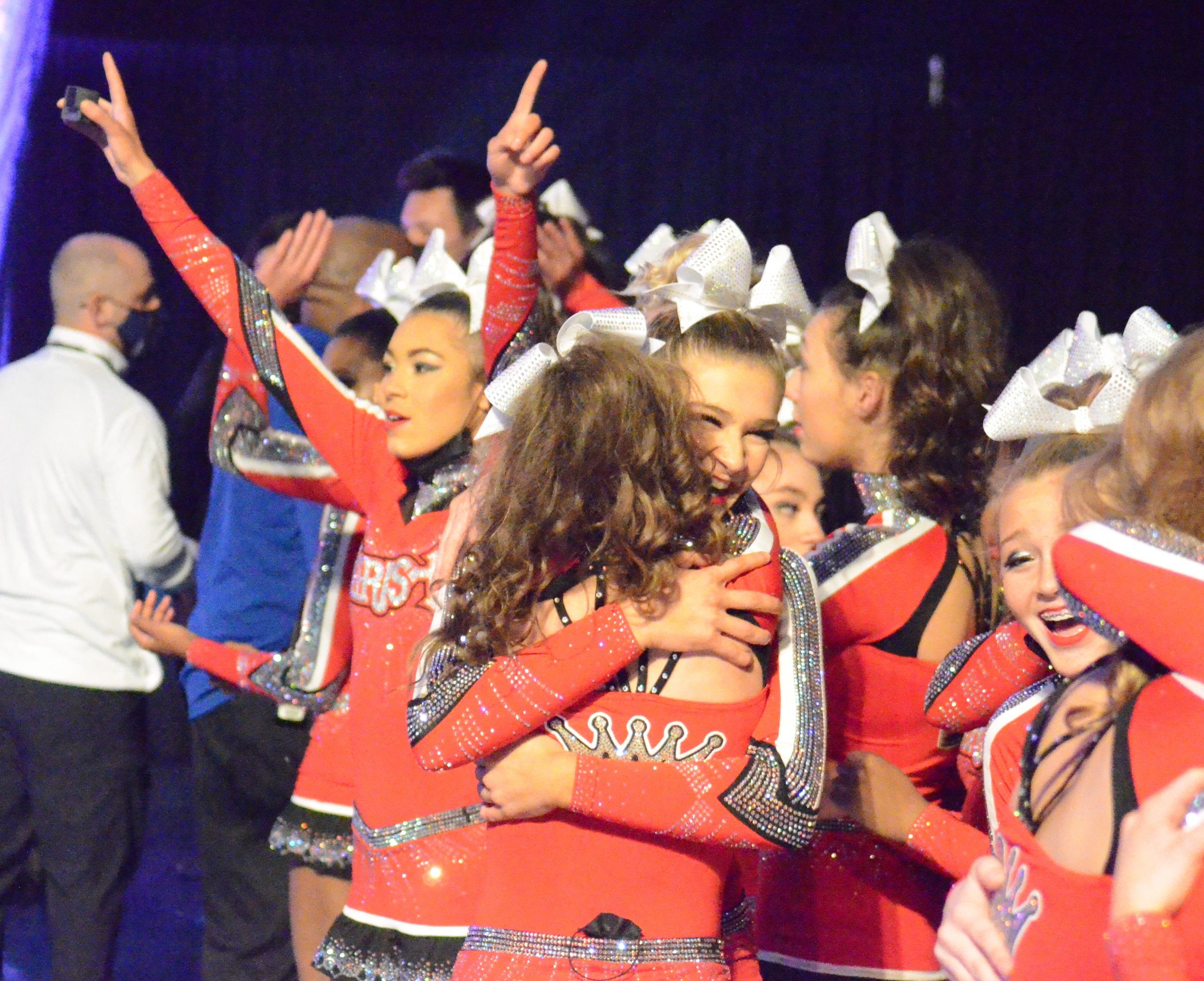 Marist celebrates its second-place finish in the Large Team division of the IHSA state meet on Saturday in Bloomington. Photo by Jeff Vorva