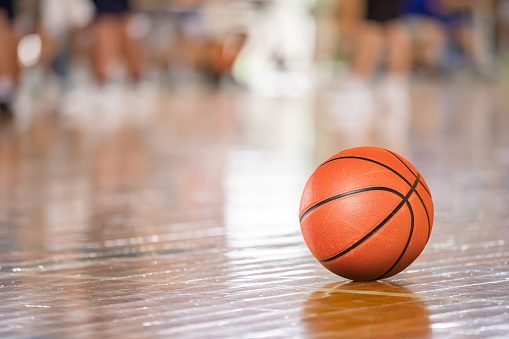 On a night when Mount Carmel honored one of its all-time best point guards — retiring the jersey of former Caravan and Illinois star Tracy Abrams at halftime — two of the Chicago Catholic League’s current top point guards staged an epic duel.

Craig lost the scoring battle with Henderson but won the game, helping the host Caravan rally from a 14-point deficit in the second half to win, 72-67 in overtime, in a Catholic League Blue game.

“I’ve met Tracy plenty of times throughout the years,” Craig said of Abrams. “I hit him up just to talk about life in general, life after hooping. It was great to play well on a night they honored him.”

As for the showdown with Henderson, Craig downplayed any comparisons between the two.

He then came up with the victory-sealing play. Brother Rice had the ball down 70-67 with under 10 seconds to go and tried to get the ball to Niego for a 3-pointer, but Craig intercepted the pass and went coast-to-coast to score.

“That’s my time to kill,” Craig said of overtime. “My time to put the ball in the bucket. I’ve got four guys with me who can do the same thing.”

Mount Carmel trailed 39-25 early in the third quarter but fought back to within 47-39 by the end of the third behind five points each from Craig and Angelo Ciaravino.

Anthony Ciaravino scored seven points in the first five minutes of the fourth quarter to help pull the Caravan within 53-51.

“Carmel guys don’t give up and we definitely don’t give up,” Caravan coach Phil Segroves said. “We knew Brother Rice was going to give us their best punch and they did. They shot the ball really well in the first half.

“We cut into it a little bit and had a little bit of momentum in the second half and then they just came back and built that lead up to 12 or 14. We just had to battle back again.”

Mount Carmel senior Phil Jones, who played for the first time since tearing the ACL in his left knee in October, came up with a huge 3-point play to tie the game 56-56 with 2 minutes, 47 seconds to go.

Henderson and Craig traded baskets at the end of regulation, with Craig hitting a jumper to tie it 58-58 with 55 seconds left and force overtime.

Brother Rice was hurt by mistakes late as the lead slipped away.

“The biggest factor was just taking care of the basketball,” Crusaders coach Bobby Frasor said. “It’s been our Achilles’ heel all year. It was the same thing for the Leo game. We need to value the basketball and be more sound and fundamental with passing and catching.

“It’s very remedial, but we get guys that get a little bit sped up, a little twitchy, and they throw it away.”

It was the fourth straight loss for Brother Rice, which looks to bounce back in a hurry with the playoffs around the corner.

“We have to fix it and fix it soon,” Frasor said. “We still have a regional championship to play for and I’ve tried to focus our guys to that, because everyone’s a little bit down right now. It doesn’t get any easier Tuesday (against St. Rita).”