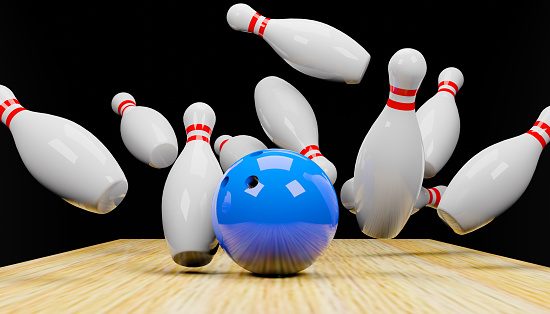 The Stagg and Shepard girls bowling teams had coming into sectional weekend never advanced to the IHSA state finals.

But with an opportunity to do that last week, both squads stepped up with great performances down the stretch and punched their tickets to the state finals. The Chargers and Astros finished third and fourth, respectively, at the Lockport Sectional, held Feb. 11 at Town & Country Lanes in Joliet.

The top four teams from the sectional advanced to the state meet, which is scheduled to be held Friday and Saturday, Feb. 18 and 19, at The Cherry Bowl in Rockford.

“We had never won a regional, we had never made it to state, so this is a season of firsts,” Stagg coach Rich Kowalczyk said. “I can’t describe it. We’ve had this in mind since the beginning of the year but these girls have amazed me.”

Sue Szajek, who is in her first season as head coach at Shepard, shared a similar sentiment about her team.

“They’re awesome,” Szajek said. “We had a lot of ups and downs this year but they persevered through it.”

The host Porters, who were the most recent state champions in 2020, won their ninth straight sectional title and state record 23rd in their history by rolling for more than 1,000 every game and a 6,332 series.

The sectional was moved up a day and the location was switched because of a scheduling conflict at Strike N’ Spare II in Lockport.

After four games, Stagg was sitting in fifth place. But a near-school-record 1,041 in the fifth game propelled them into third. The Chargers were the only other team outside of Lockport to have a game over 1,000.

The score was the second-highest in program history, behind a 1,043, according to Kowalczyk.

“What a time for it,” he added. “The support at the school has been great. Just the way the girls pick each other up has been amazing. They are a special group and I couldn’t be more proud of them.”

Sophomore Holly Gubernat led the Chargers with a 1,218 series, which placed her seventh overall.

“It’s really amazing and I’m just so glad we all were able to make it to state together,” Gubernat said. “I don’t think that me being a sophomore matters. It’s just everyone bowling their best. We just want to make it as far as possible.”

Sophomore Arianna Araujo (1,123) had the second-highest score for Stagg. The previous week, at the Brooks Regional at Skyway Bowl in Chicago, Araujo rolled a 1,404 series to win the individual title by 204 pins and help the Chargers (5,492) win their first-ever regional title.

Branch was the first Stagg bowler in history to qualify for state as an individual when she did that two years ago. The state finals weren’t held last season because of COVID.

While the Chargers were bowling their fifth game, Shepard was at 876 and behind Andrew by 114 pins heading to the final game. The Astros rolled a 966 — their high for the day — in the sixth game to overtake the Thunderbolts, who rolled their worst game of the sectional (822).

“All I said was, if you want to go anywhere you have to pick it up,” said Szajek. “But it was all the kids, I can’t take any credit.

“The girls just work well together and bring each other up,” Szajek added. “I told them at the beginning of the year that we can do it, and they persevered.”

Szajek credited assistant coach Destiny Miller, who placed 24th in the state as the Astros’ first individual qualifier in 2012, for the help this season.

“I’m just speechless, I feel like we really worked hard all season,” Sprenkle said. “We had so much energy here. We just wanted to go out with a bang, try to do our best, and we did. We made it.”