February 14, 2022/Comments Off on Lyons to raise water rate as Chicago charges more 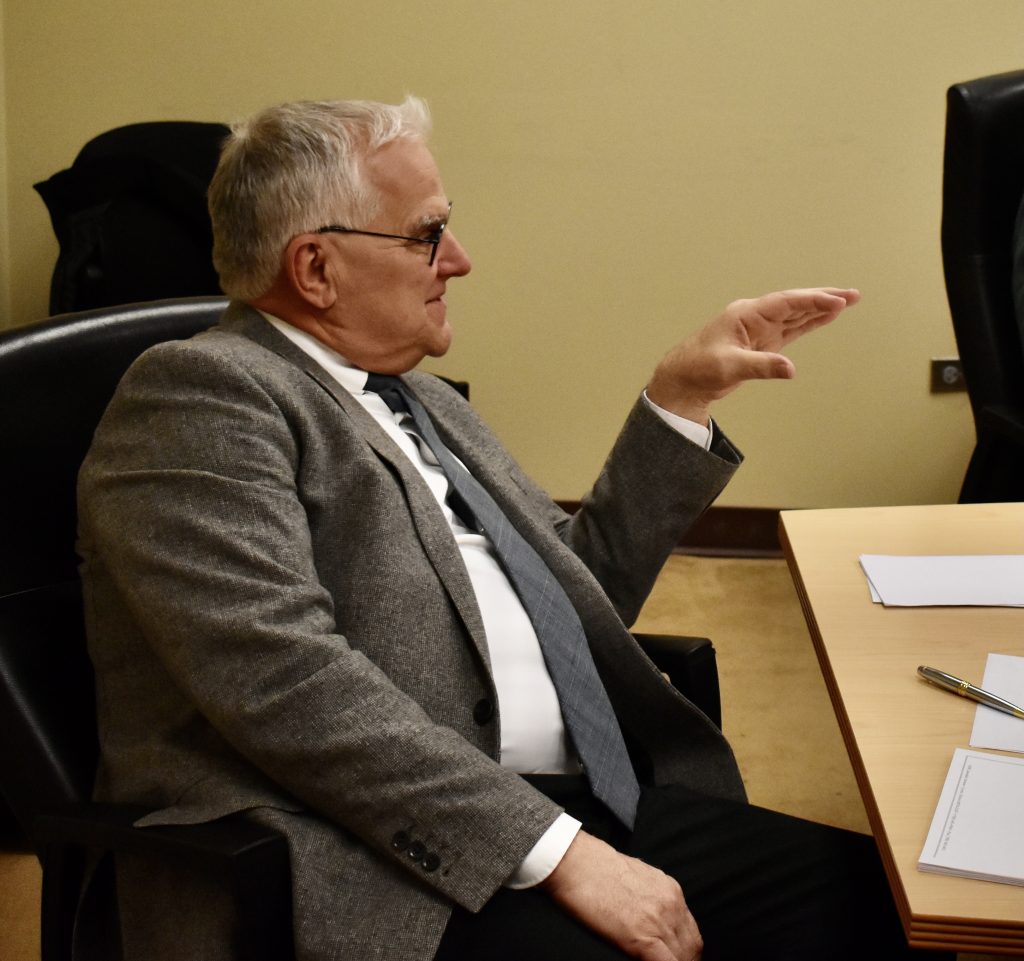 Lyons Trustee Dan Hilker said the high standards of the public works department will continue as the village seeks a new director. (Photo by Steve Metsch)

With its hand forced by Chicago, the Lyons Village Board has unanimously approved an increase in the water rate.

Lyons has no choice but to raise the rate since Chicago raised the rate it charges water suppliers that sell water to the village, Mayor Christopher Getty said.

They, in turn, increased what they charge Lyons, which had to increase what it charges users for water, Getty explained.

“It essentially raises the base rate by $2.30 a month. That comes out to $4.60 a bill,” Getty told the finance committee that met before the full village board meeting on Feb. 1.

Water bills are issued every two months in Lyons.

“As the city of Chicago raises its water rates, so does the village of McCook, as well as the Brookfield North Riverside Water Commission and the village of Brookfield, we purchase water from all those entities,” Getty said.

The vast majority – about 90 percent – of Lyons’ water is purchased from McCook, he said.

Here are the rate increases that are taking effect.

The village estimates that the average single-family residence that uses 7,000 gallons of water will see their bill increase $7.60 every two months, or $3.80 per month.

In the meantime, Lyons is still working on finding and repairing leaks in the village water system.

Forty-two leaks were found in 2021. The vast majority were in residential service lines, Getty said.

In other business, Getty said the village is looking to hire a public works director to replace Ryan Grace, who is now the village administrator in Willow Springs.

“We’re not in a rush or hurry to replace (Grace) in his role,” Getty said. “Tito is doing an excellent job. No issues.”

The board meeting was held a day before the Feb. 2 storm dumped 10 to 12 inches of snow on Lyons.

Rodriguez said after the board meeting that the trucks and plows were ready for the storm.

“I’ve been involved in a couple of events that he’s worked,” Trustee Dan Hilker said “I don’t think our standards will be negotiated in that department.”

When Hilker asked if Rodriguez was a candidate for the full-time director’s job, Getty said, “Deputy director is always a natural for moving up, so we’ll see what it brings.”

Getty presented Grace with a plaque recognizing his four years as public works director. Grace, 38, who grew up in Lyons, resides in Darien.

“Thank you very much. I appreciate it,” Grace said. “Moving on to this new position was not an easy decision to make. My time spent here was a great experience.”

During public comments, resident Tom Weiner expressed concern because there was no padding on light poles at the bottom of the sledding hill in Veterans Park.

“I took my son sledding and I noticed safety concerns. The one basketball and a couple of light poles. There were a couple of close calls,” Weiner said.

Getty said Weiner made a good point about safety. “We can look into (placing) some bales of hay (near the poles),” the mayor said.