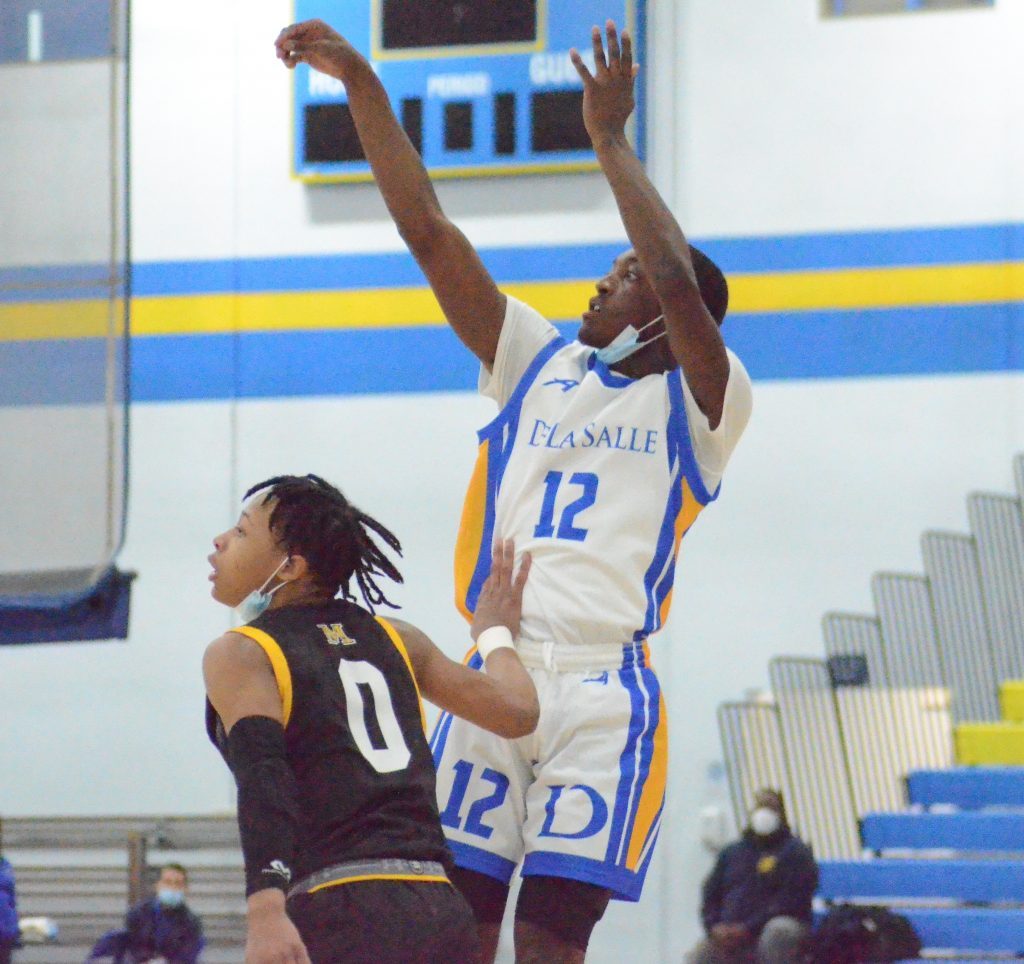 De La Salle senior DaJuan Bates launches a shot against Marian Catholic on Friday. He finished with 33 points in the upset blowout win over the Spartans. Photo by Jeff Vorva

It was quite a 24-hours for De La Salle’s basketball teams.

And it started out wrong.

On a snowy night when some area games were canceled because of a winter storm, the Meteors’ girls squad made the trek to Burbank to take on host St. Laurence in a Class 3A regional final game on Feb. 17.

Fifth-seeded De La Salle started out cold and trailed 14-2 to the third-seeded Vikings after the first quarter, and were behind 23-15 at halftime.

Who would have guessed what happened next?

The Meteors staged a huge comeback and roared back and won 44-38 to claim the program’s fourth regional title.

The next night, the boys, who brought in a 9-21 record, stunned Marian Catholic, 68-37, in a non-conference home victory. The Spartans entered the game 19-9 and had won nine of its previous 10 games.

De La Salle was expecting to be busy this week hosting six postseason games between boys regionals and girls sectionals, but enjoyed the opportunity to have its own teams alive in both tournaments.

The boys may have an unimpressive record, but they played a strong schedule and locked up the third seed in the King Sectional. The Meteors were scheduled to face 14th-seeded North Grand on Wednesday while seventh-seeded Schurz faced 11th-seeded Noble/UIC. 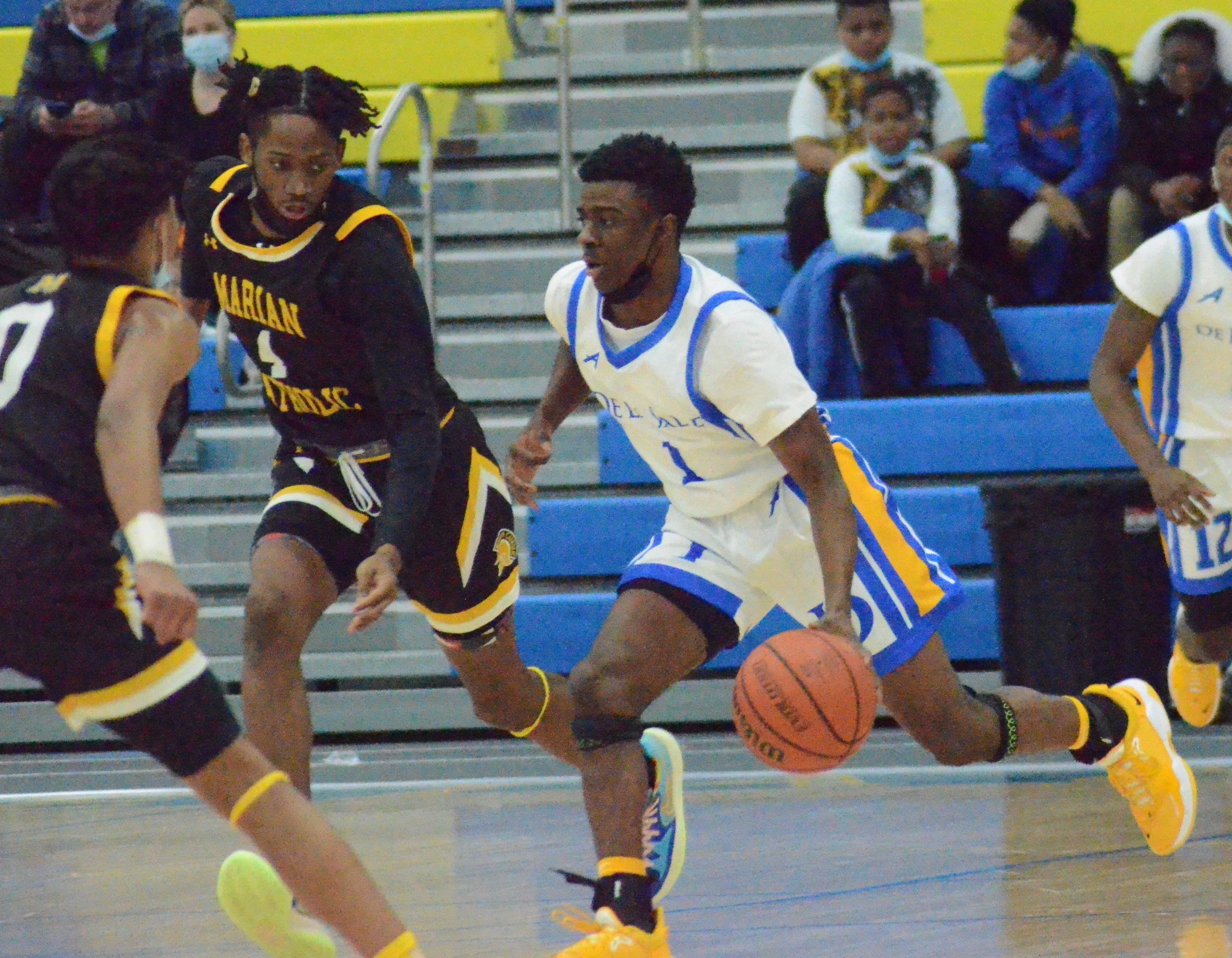 The winners are slated to duke it out at 7 p.m. on Friday.

The girls team (13-13) came out of the locker room after halftime in Burbank ready to turn things around and outscored the Vikings 15-7 in the third period to even things up at 30-30, and exploded in the fourth quarter to post the victory. St. Laurence finished the season 22-9.

The next night, DaJaun Bates exploded for 33 points against the Spartans, including an outburst in the final 2:41 of the first half in which he hit four 3-pointers to help his team to a 40-18 lead.

Marian was playing without injured star Jeremiah Jones, but wasn’t expecting to be playing most of the fourth quarter under a running clock.

De La Salle finished the regular season by winning three in a row.

“When the state playoffs come, everyone is 0-0,” Bates said. “We stayed together, and we didn’t let anything break us apart. We have a very good mindset off the court.

“It’s tough to lose, but we stick together and want to show what we’re capable of.”

First-year coach Gary DeCesare, a former coach at St. Rita, muscled the schedule up with some top local and national competition.

“We’ve had a tough road with a lot of tough games, and we’ve been beat up,” DeCesare said. “We’re starting to play well before the postseason.”