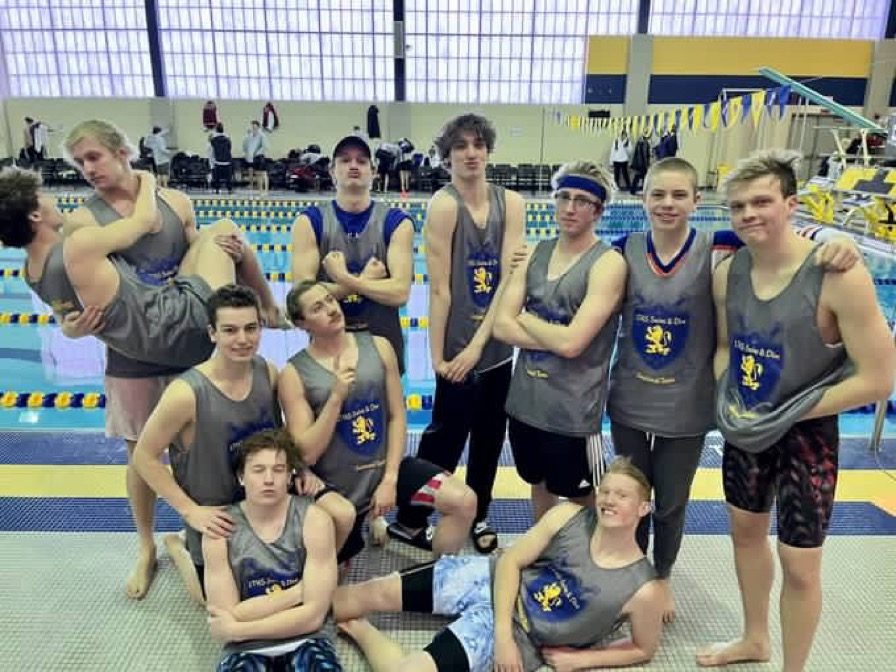 Lyons, which won state titles in boys swimming in 2016 and 2017 and took second in 2018, is bringing a huge contingent of athletes to the IHSA state meet this weekend.

Lyons is sending three relay teams and individual qualifiers in four events to the event, which will be held Friday and Saturday, Feb. 25 and 26, at the FMC Natatorium in Westmont.

Will the Lions bring home a trophy this year? That’s yet to be determined, but they are in position to score some points, especially in the relays.

Lyons finished second in its own sectional on Saturday, racking up 277 points. Hinsdale Central took first with 304.

Other Lyons swimmers heading to state are Alec Peras and Matt Adler in diving, Wanless in the 100 free and Foley in the 100 breast.

Riverside-Brookfield diver Harrison Nolan was a sectional champ with a 604.95, the second-best sectional score in the state. Teammate Nate Kissel was an at-large diver for state. Drew Rosa is heading to state in the 200 IM.

Reavis’s Joey Countryman won the 200 free in 1:41.81 and the 100 free in 46.03, the latter which was third-best in the state. The Rams 200 free relay team of Daniel Dziwisz, Mauricio Gonzalez, Kamil Bierant and Countryman also qualified for state.

Stagg’s Alex Smolecki won the 200 IM with a 2:01.11. He also qualified in the 200 breast and teammate Ronald Latwis is an at-large qualifier in diving.

Marist’s Brae Sanchez won the 100 breast event with a 56.42, the second-beat sectional time in the state.

Girls Basketball
McAuley beat Simeon, 70-46, to win its own Class 4A regional. Bella Finnegan had 30 points and Morgan Feil scored 13. The Mighty Macs are scheduled to play Lyons in the Lyons Regional.

Second-seeded Marist won its own Class 4A regional with a 66-52 victory over Stagg and is scheduled to face third-seeded Homewood-Flossmoor in the sectional semifinal at Bolingbrook on Tuesday. Elise Ward had 22 points and 10 rebounds, while Mary Clare Brusek had 18 points and Emily Bojan hauled down 23 rebounds.

In Class 3A, state power Nazareth crushed Kennedy 65-15 in the Goode Academy Regional and was scheduled to face Payton Tuesday in the De La Salle Sectional.

Corcoran vaults at state
Sandburg junior Elysa Corcoran, who is a part of the Andrew co-op team, finished 29th in the state gymnastics meet at Palatine. She finished with a 9.0500.