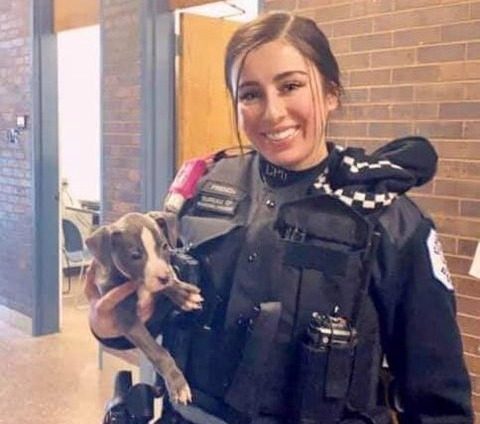 Heroism, sacrifice to be honored

A 29-year-old woman remembered as a hero and martyr among many—in Chicago and elsewhere—will be saluted at the Archer Avenue St. Patrick’s Day parade, set for Saturday, March 12.

The late Chicago Police Officer Ella French, shot to death during a traffic stop near 63rd and Bell last August, has been named honorary grand marshal of the parade. 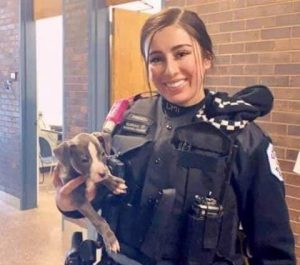 “Officer Ella French will forever be remembered with the utmost respect and admiration in neighborhoods across Chicago—especially Garfield Ridge and Clearing, which are home to so many police families and other staunch supporters of law enforcement,” said Al Cacciottolo, a member of the Clear-Ridge Men’s Social Athletic Club (SAC), one of two groups hosting the parade. “Like every police officer on the street, she routinely confronted danger so the rest of us don’t have to—and tragically, she paid for it with her young life. Her untimely death broke our hearts, and we are dedicated to always remembering her.”

The parade’s other host is the International Union of Operating Engineers Local 150.

Cacciottolo added that Officer French’s partner, CPD Officer Carlos Yanez Jr., is expected to ride a float in the parade with his family. At the same time French was fatally shot, Yanez was shot in the eye. He fought for his life in the hospital and to this day travels a long road of rehabilitation. Like French, Yanez has been widely acclaimed as a hero.

Revenue from parade sponsorships will be donated to the Chicago Police Memorial Foundation’s Get Behind the Vest Program. In recent years, CPMF has given away some 11,000 vests to CPD officers.

Protective vests wears out and typically need to be replaced every five years. Just one bullet permanently damages a vest, making it unusable. Chicago police officers are responsible for replacing their own vests. While CPD officers receive a vest when they join the force, they are required to pay for replacements, which usually cost $500 or more.

The Chicago Police Memorial Foundation is a not-for-profit organization dedicated to honoring the lives of fallen police officers and assisting those in need. CPMF provides assistance to the families of Chicago police officers who are killed or catastrophically injured in the line of duty.

It is anticipated that local schools, churches, Scout troops, youth athletic associations and others will have units in the parade. Units will have to register in advance with parade organizers. For details, contact Ed Maher at [email protected] Those hoping to be in the parade must register before Friday, Feb. 25.

Parade staging will be at Byrne School, 54th and Oak Park. Step-off is set for noon at Archer and Oak Park, with parade units heading east up Archer to Narragansett, where the parade will turn south and disband at the west parking lot of Kennedy High School.

By JERRY NOWICKI Capitol News Illinois [email protected]nois.com SPRINGFIELD – Ten months after Illinois lawmakers passed the Climate and Equitable Jobs Act which set a goal of putting 1 million electric vehicles on state roads by the end of the decade, state agencies are engaged in a flurry of regulatory planning aimed at meeting those goals.…