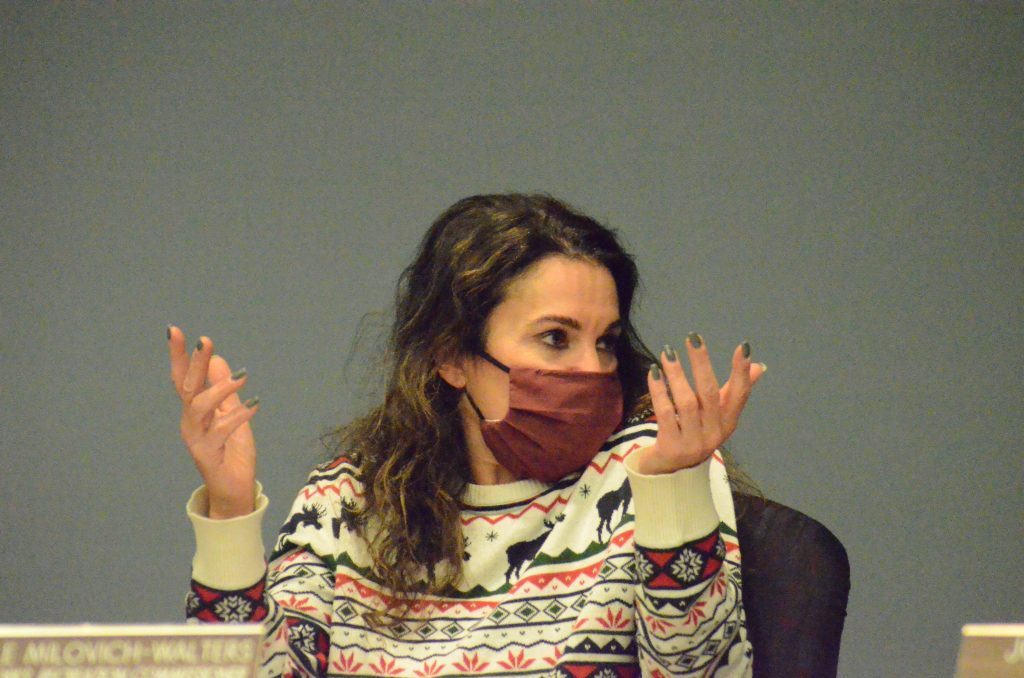 Palos Park Commissioner Nicole Milovich-Walters said she has found serving her community to be rewarding. (Photo by Jeff Vorva)

There are a couple of ways people can perceive Palos Park’s Village Council going without a fifth commissioner for months.

On the surface, it would appear to outsiders that the council is sitting on its hands. Or, it can look like the council has not found the right person yet.

How hard could it be to find someone to take that spot?

In this case, very hard. 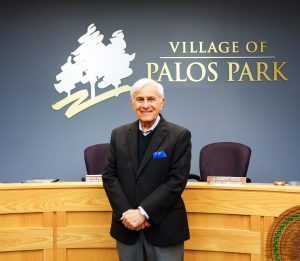 Palos Park Commissioner James Pavlatos died Aug. 31 after a long battle with cancer. (Photo by the Village of Palos Park)

Mayor John Mahoney said that he and the council have been “diligently working” on getting a new commissioner to replace James Pavlatos, who died on Aug. 31.

According to an Illinois statute, towns must fill the position within 60 days of when the vacancy occurs. Palos Park passed that deadline long ago.

Mahoney said the right person hasn’t been found yet.

“I was hoping to have someone at this meeting, but that didn’t occur,” he said after the Feb. 14 meeting. “Hopefully, the next meeting. Hopefully, soon.

“We’re not going to bring someone before the council that we don’t believe will be best for our village council.”

He said he and council member have talked to a number of candidates.

“Not everyone wants to do a job like this,” Mahoney said. “Sometimes people who might be best aren’t looking to do this. I would have fallen under that category. Some of these people are not looking for things to do. They are busy people and those are sometimes the best people to serve.”

There are some good and bad aspects of serving on a small-town council.

The bad is that that it’s low pay for a lot of extra work. Those who work 40-hour weeks have to shoehorn extra time in for meetings and plenty of preparation work for the committees they serve on. Plus, there are public appearances and other time-consuming tasks.

Nicole Milovich-Walters, a commissioner since 2007, said she makes $100 per month for serving and taxes are taken out of that.

“You’re not doing it for the money,” she said.

She said that there are ups and downs to serving but she hasn’t regretted it all these years.

“It can be quite cumbersome but when you have a great staff, it makes it so easy,” she said. “It never feels like an imposition. I’ve been lucky and blessed for 12 years or 14 years or however long it’s been.”

Milovich-Walters, a lawyer, said she always wanted to serve.

“For me literally, I lived in Chicago and I said, ‘I’m going to be an alderman someday,” she said. “I just wanted to be involved and give back a part of my community. When we moved back here and we heard they were looking for someone for the board, my husband [Todd] looked at me and said, ‘Isn’t that what you always wanted to do?’ And I said, ‘By gosh, you’re right.’

Over the years, she has served on various committees and said one of the most rewarding parts of the job is involving her daughters, Alexandra and Sydney, in her government work.

She said Alexandra made wristbands promoting green initiatives during a parade in 2007 in which actor and environmental activist Ed Begley Jr. was a grand marshal.

“To this day, she is doing philanthropic work,” Milovich-Walters said. “I think we laid the foundation back then thanks to me being able to be involved with the council.”

It’s still up in the air as to when that fifth chair will be filled. But if there is anyone out there that is thinking about serving either now or in the future, Milovich-Walters said she recommends it.

“It’s a fulfilling way to live, especially in a small town,” she said.