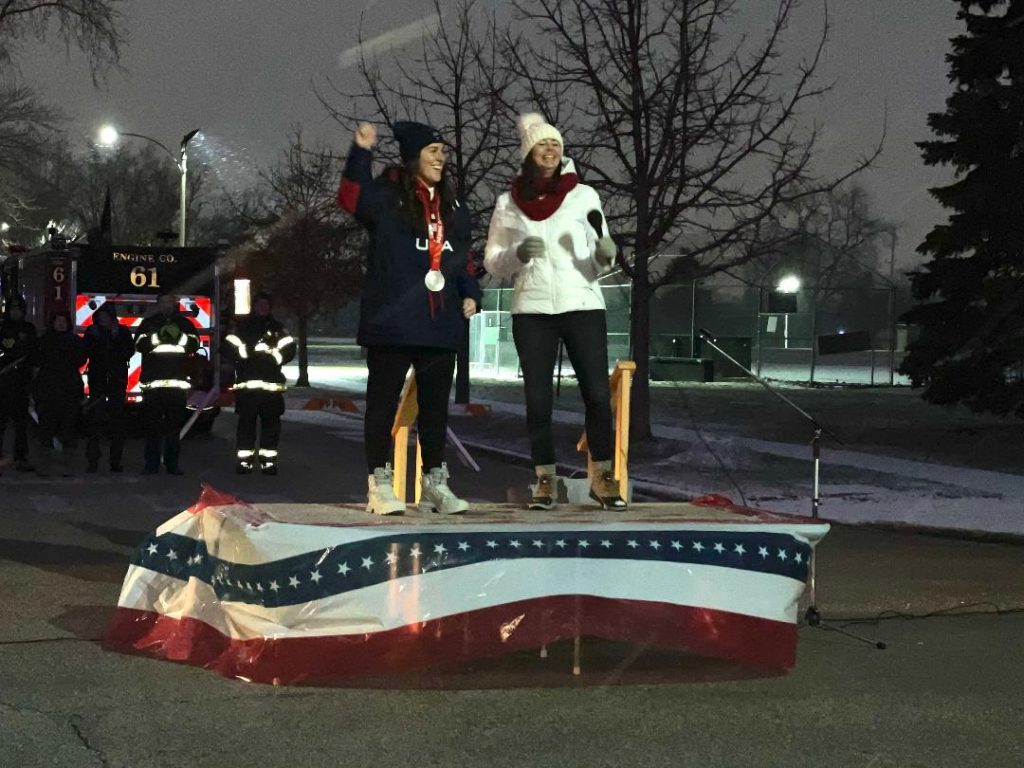 The Evergreen Park community has been cheering on 19-year-old Murphy as she and Team USA battled in the women’s hockey tournament at the Winter Olympics in Beijing.

Countless residents have decorated their houses and proudly wore USA T-shirts and jerseys, businesses cheered for Abbey with Team USA on their signs, and community officials and public buildings have continued to fly the Olympic flag proudly throughout the village, including the Evergreen Park Public Library. 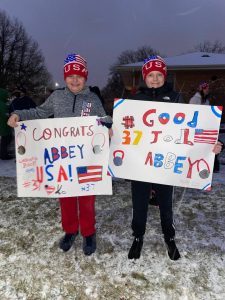 Connor Zurella, 9, and his brother, Liam, 12, cheer on Abbey Murphy as she was welcomed back to Evergreen Park Thursday night.

“We are so proud of Abbey and all her amazing accomplishments,” Frank Murray, director of the Evergreen Park Public Library, said.

Murray, also an Evergreen Park resident, was happy to welcome Murphy back home.

“An Olympic silver medal in one of the most competitive and arduous sports is unreal,” Murray said. “Congrats, Abbey, Evergreen Park is honored to call you one of our own.”

“Abbey is an extraordinary person and a phenomenal athlete,” Burke said. “We were all cheering for her and couldn’t be more excited that she brough home the silver medal. She made Evergreen Park proud.”

“I live right down the street here and this is awesome,” Conner said. “Congrats, Abbey!”.

Murphy said the entire experience has been surreal, but she was happy to be home. 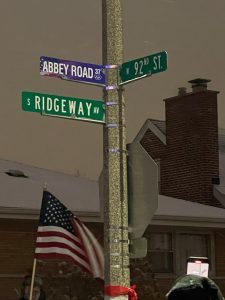 “I want to thank everyone,” Murphy said.

During Thursday night’s homecoming, Burke gifted Murphy with an Olympic flag, courteously of the village of Evergreen Park and also unveiled an honorary street sign naming Ridgeway Avenue, which is the street where Murphy resides, to Abbey Road in recognition of the young athlete.

Murphy said she was grateful and humbled for the surprise unveiling. She took time to talk with residents, sign autographs and take photos.

“This is so cool,” Liam Zurella, 12, of Evergreen Park, said, who also resides on the newly named Abbey Road.

A Mother McAuley graduate and ice hockey forward, Murphy was the second-youngest player on the Olympic team. She is described by McAuley officials as a fun-loving, hardworking, and dedicated athlete.

Murphy is a sophomore at the University of Minnesota, but took a year off to devote herself not only to the Olympics, but to the game she loves. 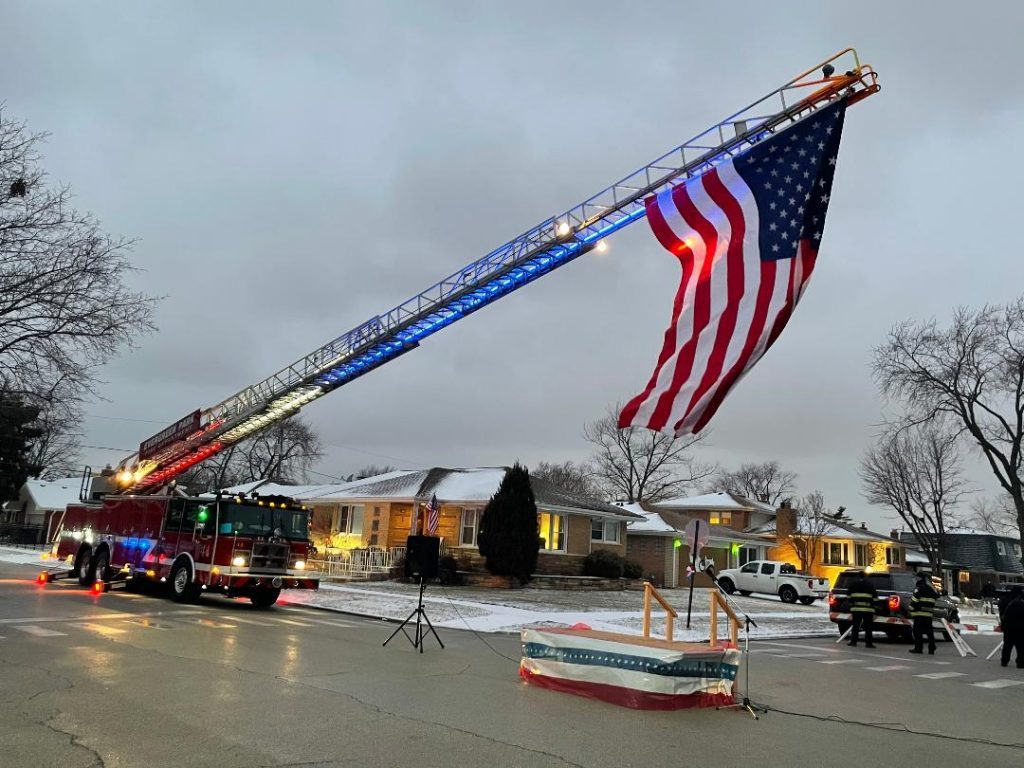