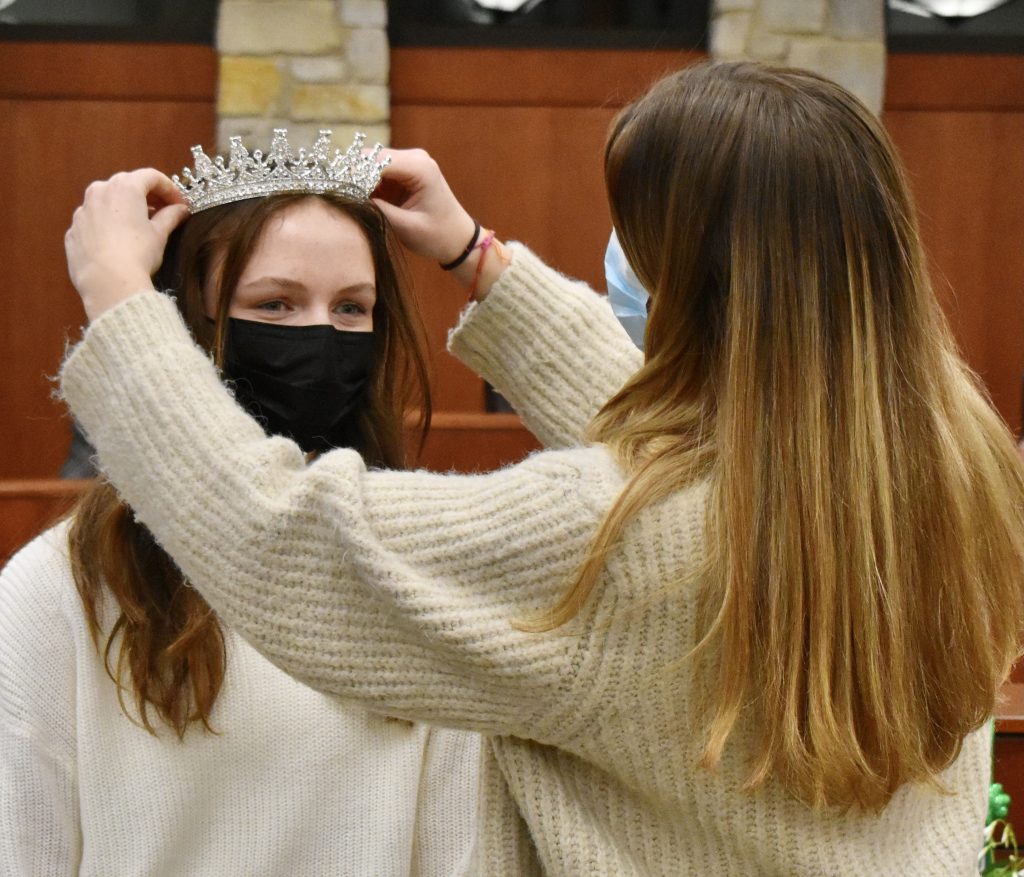 “I never imagined being queen, but I am now,” Ramicone said. “I’m so proud to be queen because I’ve lived in Countryside my whole life,”

The Lyons Township High School senior, 17, was crowned this year’s parade queen during the Feb. 23 meeting of the Countryside City Council.

The parade starts at 1 p.m. Saturday, March 5, winding its way through the streets of Countryside. 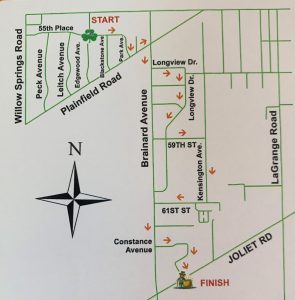 And what is “super Irish?”

“Her cousin, John, would sing Irish songs for us,” she said. “It was really cool.”

Colleen Ramicone said “I think it’s super cool” when asked about her sister being the St. Patrick’s Day Parade Queen.

“Maybe I’ll steal the crown from her,” Colleen joked.

The girl who crowned this year’s queen enjoyed a two-year reign.

Faith Benson, a Lyons Township senior, was queen for the 2020 parade. There was no parade in 2021 because of the pandemic.

“It definitely had its perks,” Benson said. “I got to be one with the community. It was super fun. Riding in the back of a convertible. Great time. It was a little chilly, but we had blankets. Hot chocolate.”

The queen and her court were serenaded and marched out of the city council room by piper Kevin Dahill, of Countryside.

“When (Countryside Mayor) Sean (McDermott) called up on a Saturday morning, I have to admit, I thought he was joking,” Boyle said. ”He said, ‘We want you to be the Grand Marshal.’ I said, ‘You’ve got to be kidding me’.”

Boyle, of Burr Ridge, is well respected in the Irish American community.

He has served more than 25 years on the board of directors of Chicago Gaelic Park, a proud Irish American institution on 147th Street in Oak Forest. He served as president therefrom 1989 to 1992.

Boyle has strong ties to the city, having worked for 37 years at Countryside Bank. He is now is director of First National Bank of Brookfield.

All proceeds from the parade will benefit BEDS Plus, which helps the homeless, and Interfaith Community Partners, which helps senior citizens.

“I can’t think of anything more appropriate for St. Patrick than taking care of the elderly and providing housing for the homeless,” McDermott said.

The queen and her court also have a history of helping others.

Catherine Ramicone is in the National Honor Society, on the student council and volunteers at Brookfield Zoo through the King Conservation Science Scholars.

Colleen Ramicone and has helped plant trees through the Environmental Club at school. A member of the Smile Club at Nazareth, she works with senior citizen residents at Bethlehem Woods.

Perez volunteers at the First Congregational Church of Western Springs where she also teaches Sunday school.

Maeve, who turns 9 on March 4, is a competitive Irish dancer who has performed since she was 4 years old. She danced during the city council meeting. 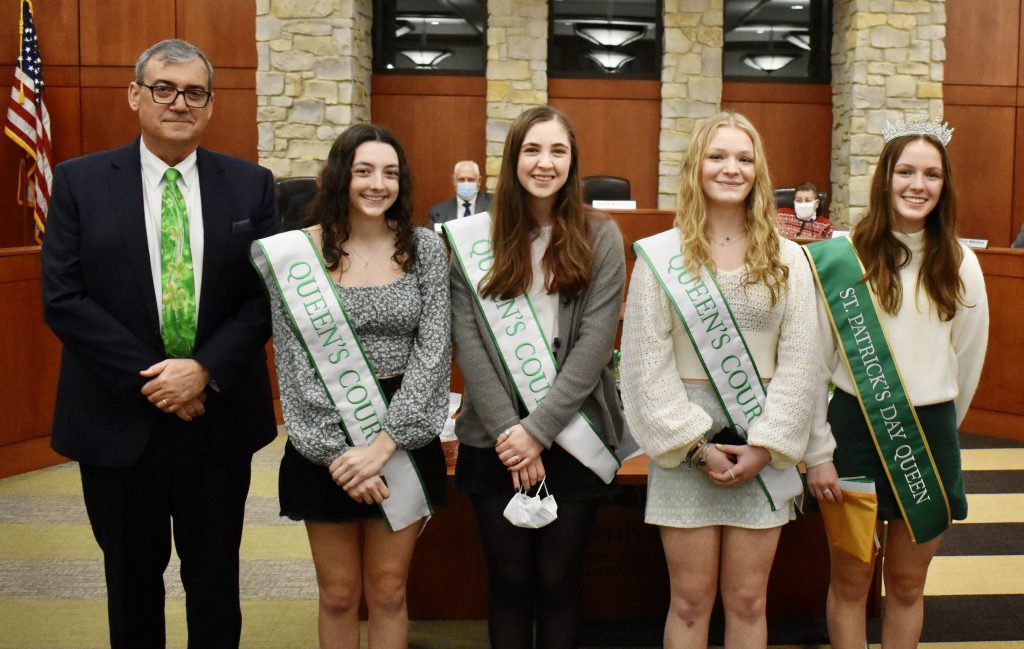