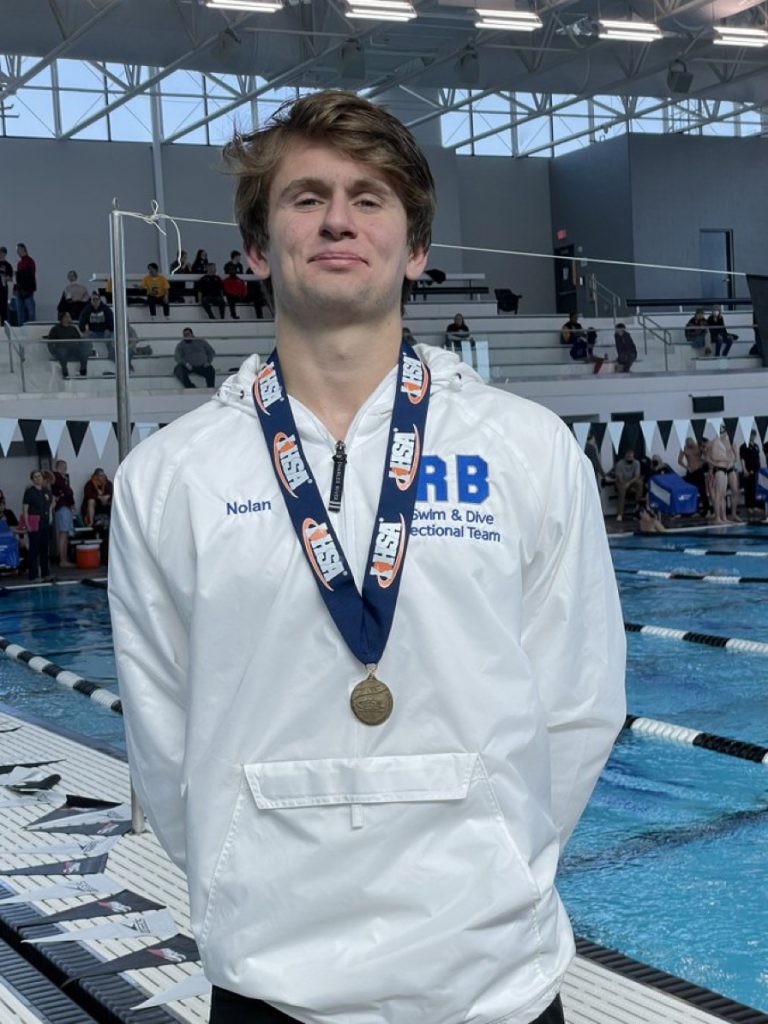 The boys state swimming and diving finals were held Feb. 25 and 26 at the FMC Natatorium in Westmont.

Nolan, who will swim collegiately at Alabama, racked up a 569.50 score, which broke the state record set by Marian’s Joey Cifelli, set in 2015. Nolan was the lone diver in the state to hit the 400 mark on the first day of the meet, when he scored 400.45.

Nolan is the second state champion in team history. John Scheda earned first in the 50 free in 1964.

Powered by strong finishes by its three relay teams, Lyons finished third at state. It’s the fifth top-three trophy for the program, the last coming in 2018.

The 200 medley relay team of Quinn Collins, Aidan Foley, Colin Bade and Jack Wanless took second with a time of 1:31.49.

The 200 free relay team of Al Vitek, Quinn Collins, Graeme Grantt and Wanless took third with a 1:23.62. A fraction of a second separated the top four teams.

Two other area swimmers finished in the top 12. 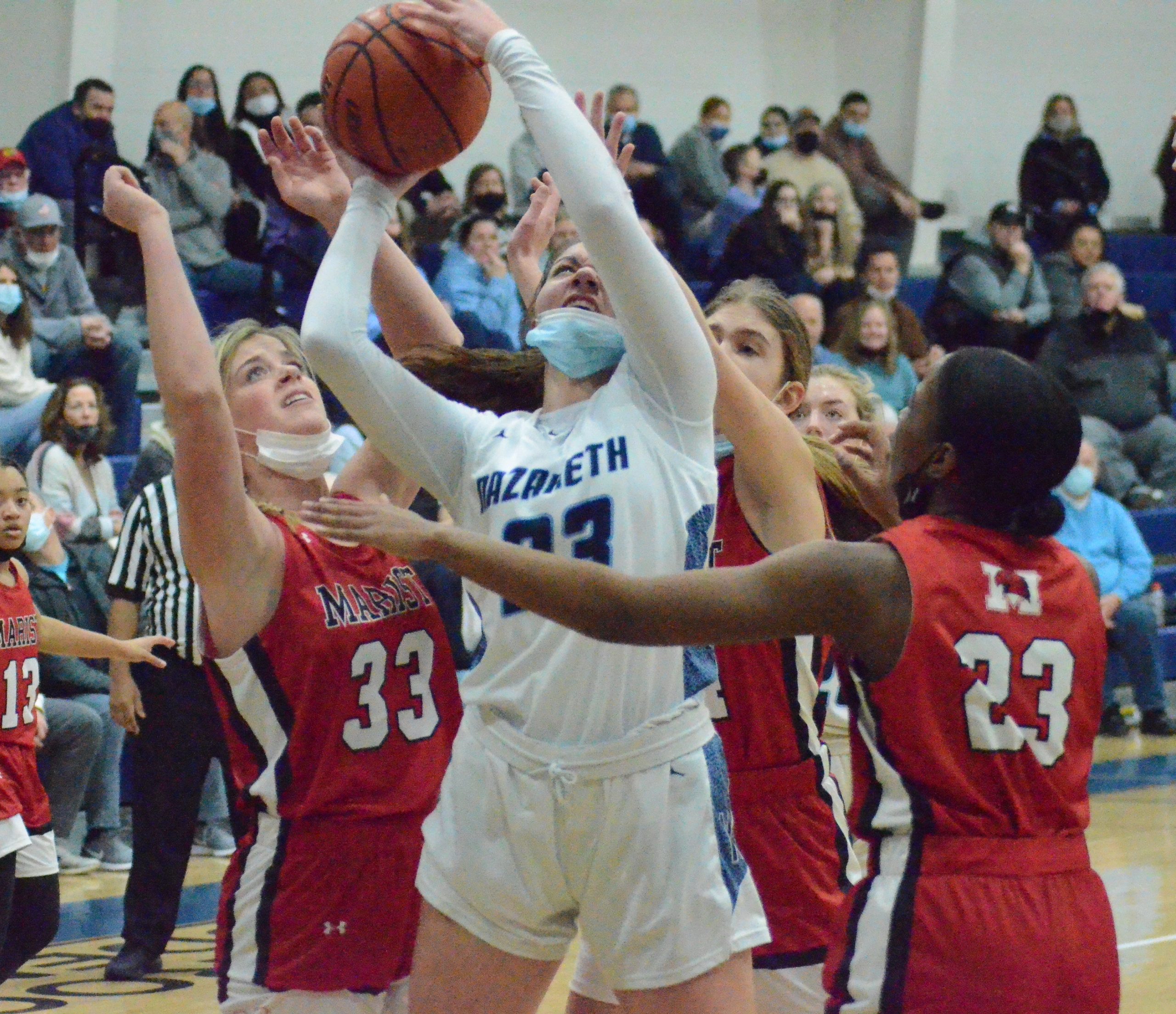 Nazareth’s Danni Scully, shown in a game earlier in the season against Marist, and her teammates won a Class 3A sectional. Photo by Jeff Vorva

Nazareth was the only area girls basketball team to win a sectional championship.

Amilia Dray scored 18 and Olivia Austin added 15 in the sectional title-winning victory over the Meteors.

The Roadrunners are scheduled to take on Fenwick in the De La Salle Supersectional on Monday. The winner faces either downstate Morton or Marian Catholic at 11:45 Friday in the state semifinals. The state tournament will be held at Redbird Arena on the campus of Illinois State University in Normal — the site of Nazareth’s Class 3A volleyball state championship in November.

Some top area athletes have signed letters of intent or made official commitments to colleges in recent weeks.

At Evergreen Park, James Williams and Mike Torres are heading to the College of St. Francis. Williams and Torres will play football for the Fighting Saints, but both are also wrestlers who qualified for the Class 2A state tournament this season.

Tunney was one of 26 students from Illinois to win a spot on the IHSA All-State Academic team. Emma Landsly from Sandburg also made the team, as did Brother Rice’s Jack Lausch.

Making the honorable mention list from the area were Luke Stockbridge of Lyons and Brian Winstead of Marist.

The IHSA announced the 2021-22 Officials of the Year awards and Hannah Shehaiber of Chicago Ridge earned the honor for girls soccer, Glenn Gabriel of Hickory Hills won for girls swimming and diving, and Joe Geiger of Orland Park won for boys track and field.