February 28, 2022/Comments Off on International soccer tournament coming to Bridgeview 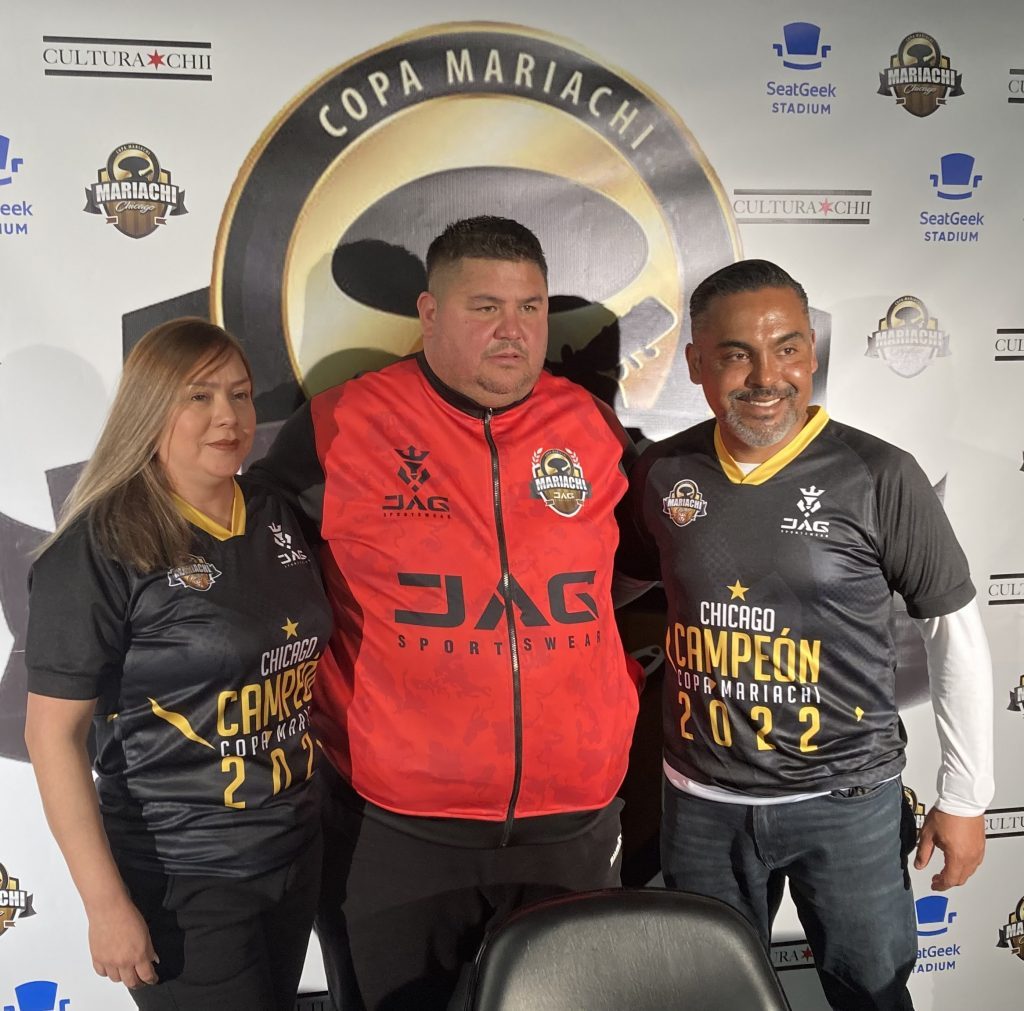 Mitzi Blanco and Julio Roa (center), of Copa Mariachi, with Emilio Herrera of JAG Sportswear are bringing an international soccer tournament to Bridgeview this summer. (Photo by Steve Metsch)

Thirty-two soccer teams from North, Central and South America will be at SeatGeek Stadium in Bridgeview this summer, vying for their share of a $100,000 prize.

Copa Mariachi Chicago will be played at the stadium June 4 and 5.

The winning team will get $80,000, and the second-place team pockets $20,000, Copa Mariachi owner and founder Julio Roa said.

As snow fell on Feb 24, promoters gathered inside SeatGeek Stadium to discuss a warm-weather event that’s expected to boost the local economy.

Copa Mariachi has been held elsewhere in the country, last year in Houston, Roa said. Chicago is a great location that’s centrally located with plenty of soccer fans, he added.

“I know a lot of people who have played in Copa Mariachi,” Roa said. “Plus, the support people have, that’s why it’s good to come here.”

He expects many fans to come out and cheer teams from their home countries.

“There’s going to be a lot of games played,” Roa said. “Each team plays three games. … There are enough fields. Here at the stadium and the outside fields.”

“It’s amateur, but we try to do it as professionally as we can,” he said. “We have three months to work and we’re going to do our best.”

All the uniforms for the teams will be provided by JAG Sportswear, said company representative Emilio Herrera.

“We are so proud to sponsor Copa Mariachi Chicago 2022,” Herrera said through interpreter Tico Fernandez of LMD Radio.

“We know each team and each player has his own identity, so we will be doing our best,” Herrera said through Fernandez.

AA Luna Catering is in charge of the food and beverages.

Paul Cantrelle, manager of the Hampton Inn that stands a long kick from SeatGeek Stadium, is thrilled.

“Getting a huge, massive event like this brings a lot of excitement to not just the stadium, not just the hotel but to the whole area, to Bridgeview,” Cantrelle said.

Cantrelle expects the 109-room hotel will be sold out during the tournament. Other hotels and restaurants will also benefit, he said.

“It’s important as we start to bounce back from the economic downturn that we’ve had in the past two years,” he said of the COVID-19 pandemic.

Tickets for the tournament will cost $20 each day, Roa said. Sales have not yet begun.

Those attending will get more than soccer games.

“We’re going to have music, singers. It’s like a party, a Spanish party,” Roa said with a smile. 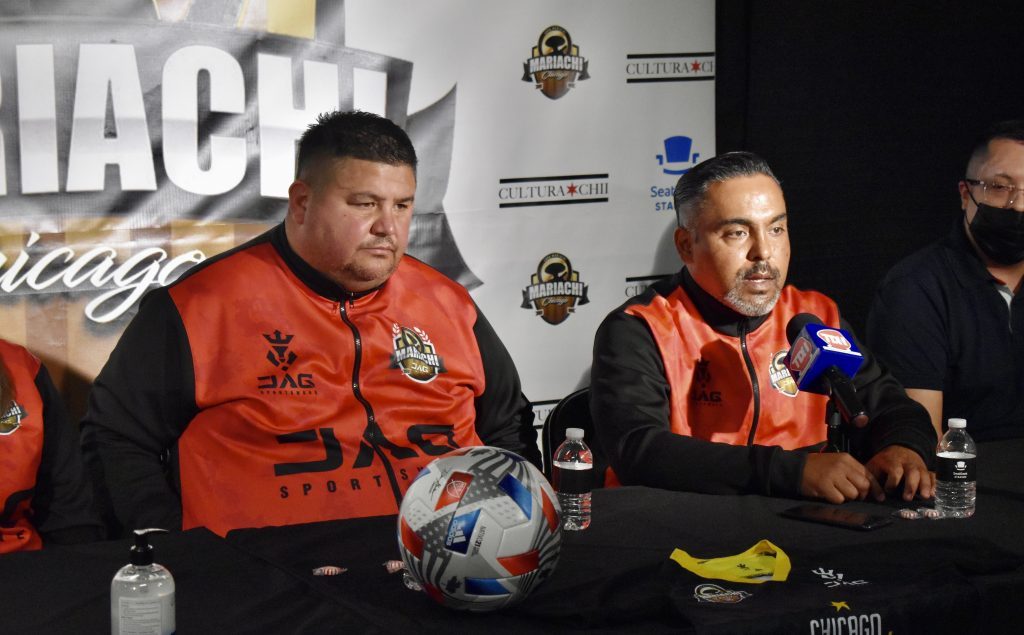 Emilio Herrera (right) is with JAG Sportswear, the company in charge of uniforms for Copa Mariachi, which was founded by Julio Roa.