March 6, 2022/Comments Off on St. Rita’s season comes to end against Kenwood 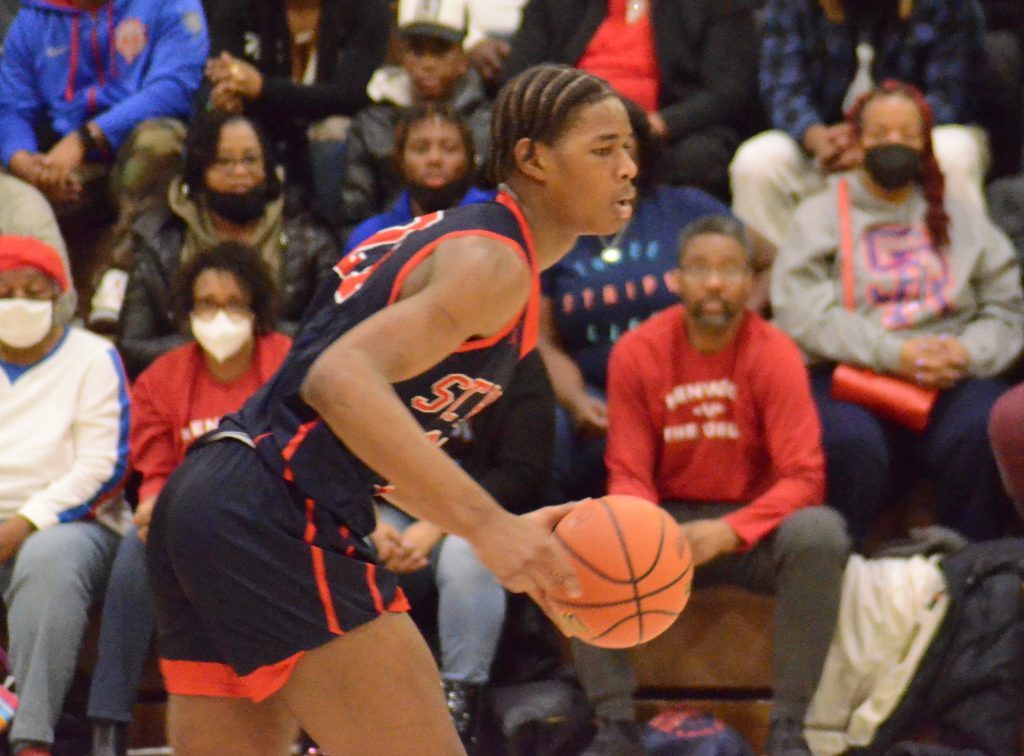 If this St. Rita team returns intact next season, look out.

The Mustangs were six minutes away from winning their first sectional championship, holding a six-point lead against top-seeded Kenwood at the Class 4A Thornwood Sectional on March 4.

The Broncos, however, roared back and went on a roll the rest of the way for a 75-68 victory and the program’s first sectional title.

For St. Rita, there is plenty of reason for optimism moving forward. The Mustangs started two juniors, two sophomores and a freshman, and two players who came off the bench were freshmen.

However, high-level basketball being what it is, it can’t be ruled out those players will not return in 2022-23. Players transfer and the Mustangs have already lost one talented player. Jaedin Reyna, a sophomore who was a starter this season — and who has an offer from Illinois — left the team toward the end of the season.

So, nothing is guaranteed.

St. Rita Coach Roshawn Russell said he was happy with the steps his team took this season. 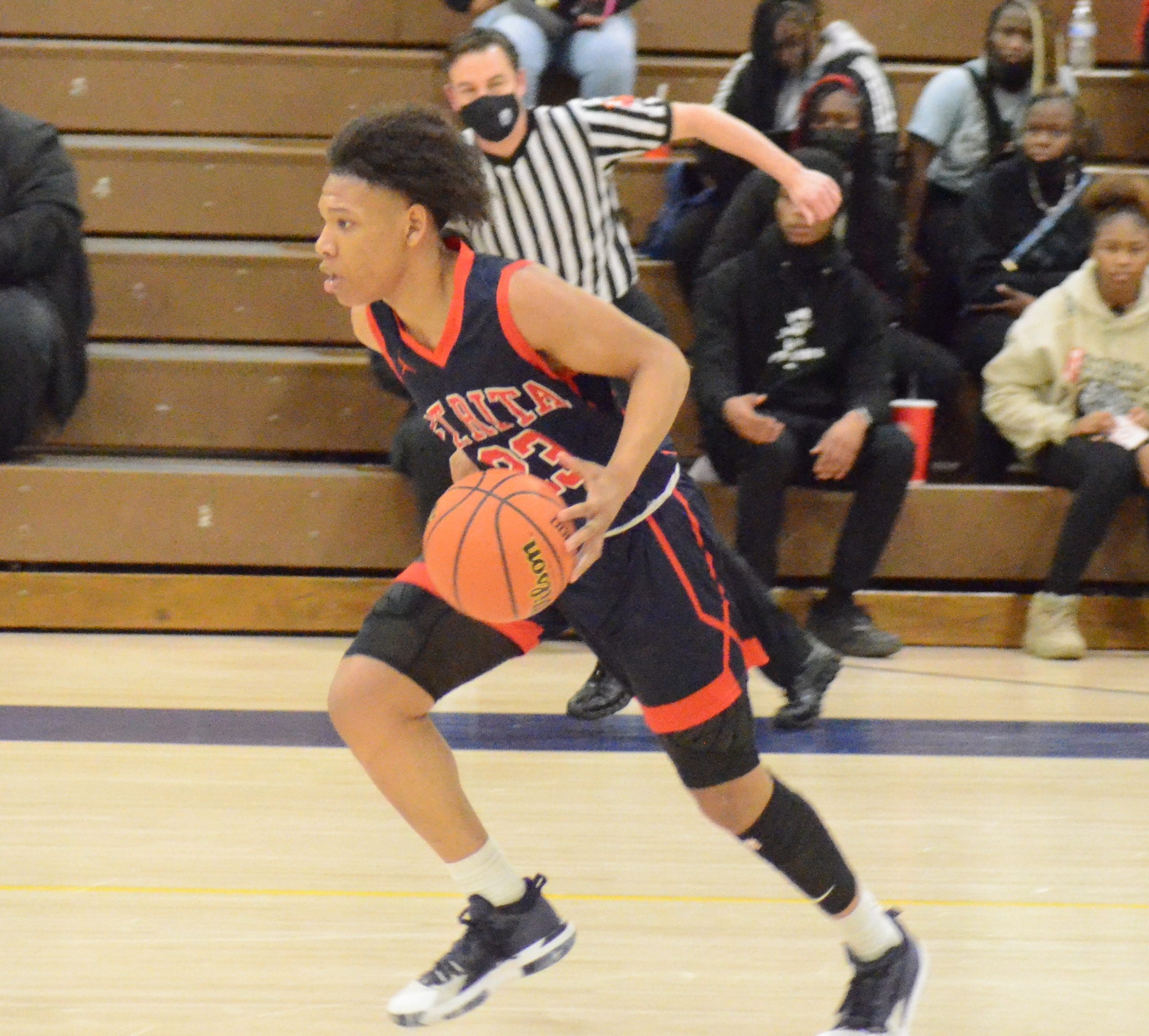 The Mustangs played national competition, scored 111 points in a wild shootout against Yorkville Christian, finished 11-3 in a strong Chicago Catholic League Blue conference, and got revenge on Homewood-Flossmoor for a 61-59 regular-season loss with a 68-58 victory over the Vikings in the sectional semifinals.

“I don’t want our guys to hold their heads down about anything,” added junior Kaiden Space, who led the Mustangs with 19 points in the sectional title game. “This year, it’s been the farthest we have been [in the playoffs] in school history. We made history and it’s time to get over that hump next year, and I guarantee we’ll be back.” 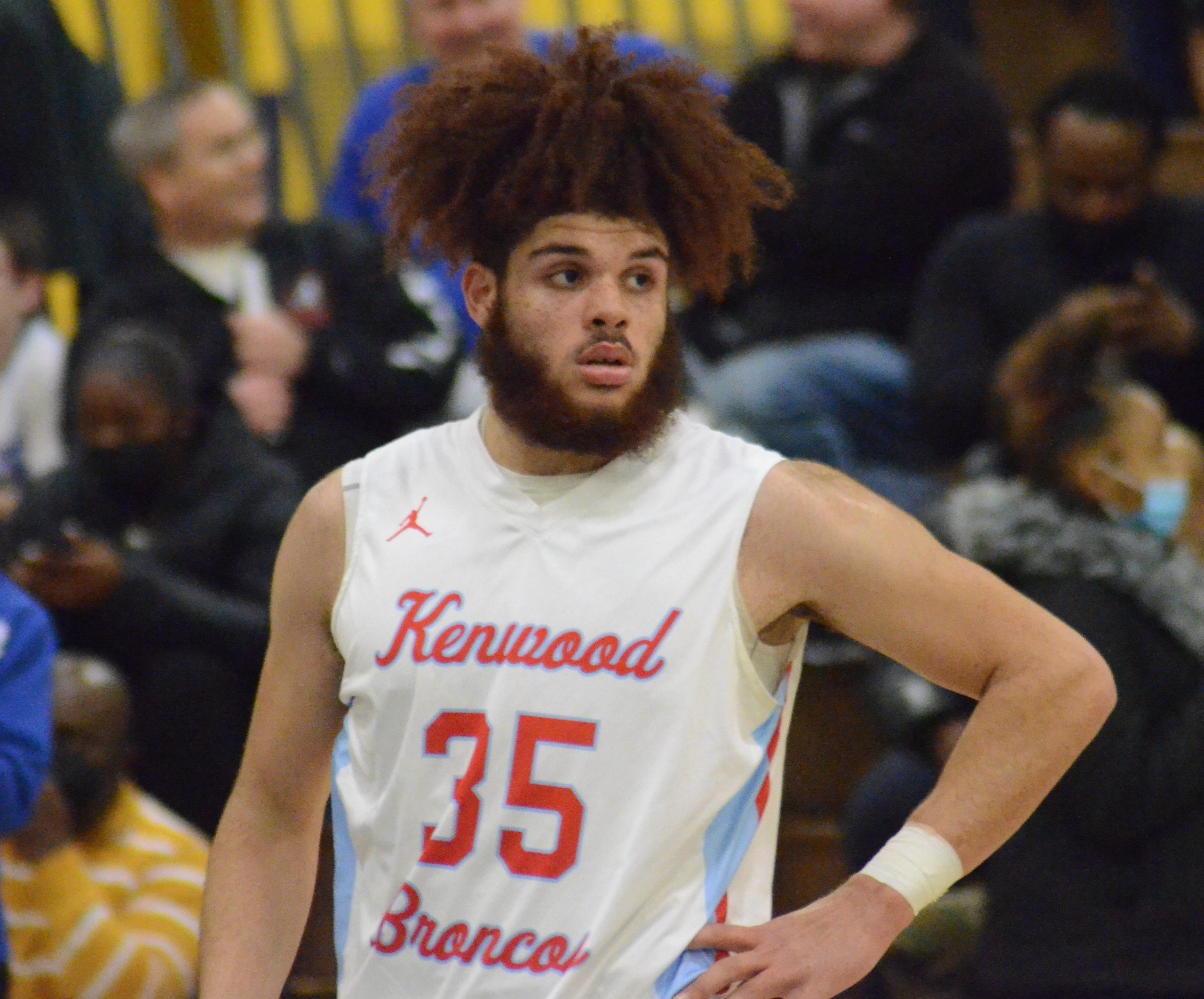 Kenwood junior Solomon Mosley, a transfer from St. Rita, started against his former team in the sectional championship. Photo by Jeff Vorva