Skip to content
March 15, 2022/Comments Off on Police Reports 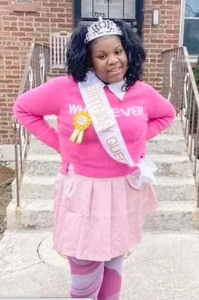 Shot in the head on her 12th birthday

Nyzireya Moore was on her way home from a birthday party, according to published reports. Relatives rushed her to nearby Holy Cross Hospital.

She was later transferred to Comer Children’s Hospital, where she died at 11:32 a.m. Friday, March 4.

Police said the shooter fired from the street, and that the Moore vehicle was not the intended target of the shooters. No one is in custody.

Boy shot in Back of the Yards

A 15-year-old boy was shot in the right leg as he stood on a sidewalk in the 4700 block of South Wood at 2:20 p.m. Sunday, March 6. The victim was taken to the University of Illinois Hospital, where he was listed in good condition. Police said the shooter fired from a vehicle that pulled alongside the victim. No one is in custody.

A 26-year-old man was shot multiple times in the torso as he stood outside in the 3400 block of West 47th Street at about 11:30 p.m. Saturday, March 5. The victim was taken to Mount Sinai Hospital, where he was listed in critical condition. Police said the victim was engaged in an argument with a man who pulled a gun and shot him. No one is custody.

A 16-year-old boy was shot in the left thigh as he stood on a sidewalk in the 6100 block of South Artesian at 11:05 p.m. Wednesday, March 2. The victim was taken to Holy Cross Hospital, where he was listed in good condition. Police said the shooter fired from a passing vehicle. No one in custody.

A 21-year-old man was shot in the knee during a carjacking that occurred at about 12:30 a.m. Tuesday, March 1. Police that the 21-year-old man and a 38-year-old man were at the Shell gas station at Archer and Nagle when two gunmen slipped into the back seat. They pulled pistols and demanded the victims drive. They complied; but a short time later, in the 5700 block of South Moody, the older victim bailed out and the gunmen shot the younger man. The offenders then fled into a nearby vehicle with a third offender, which sped away. Both victims were taken to Advocate Christ Medical Center, where they were listed in good condition. No one is in custody. At a CAPS meeting, a CPD sergeant said neither the victims nor the perpetrators live in Garfield Ridge, and that the crime stemmed from “a financial disagreement” going back 15 years.

A 36-year-old Scottsdale man was charged with domestic battery after he was arrested at his home in the 4600 block of West 87th Street at 9 a.m. Sunday, Feb. 6. 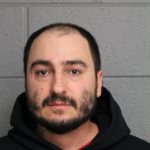 Timothy E. Peckler allegedly punched a 33-year-old woman in the face during an argument.

According to public records, Peckler was arrested by CPD in October 2017 at 87th and Halsted and charged with driving on a revoked license and unlawful use of a weapon.

According to the Illinois Department of Corrections, Peckler has served time in a state penitentiary on a burglary conviction. In 2017, he was sentenced to seven years in prison for possession of a weapon by a convicted felon. He was paroled in 2020. 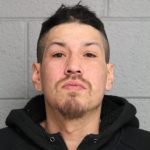 A 39-year-old Lower West Side man was charged with aggravated DUI, illegally transported alcohol in a vehicle and failure to reduce speed to avoid an accident after he was arrested in the 3900 block of South Pulaski at 7 p.m. Monday, Feb. 14.

According to public records, Serba was arrested by CPD in July 2017 near his home and charged with aggravated unlawful use of a weapon. 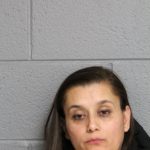 Noemi Hernandez allegedly scratched the face and neck of a 17-year-old boy during an argument. 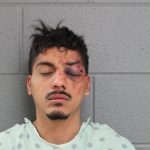 A 29-year-old Vittum Park man was charged with domestic battery after he was arrested at his home in the 5400 block of South Archer at 9:28 p.m. Friday, Feb. 18.

Gerardo Ismael Lopez allegedly pulled the hair of a 34-year-old woman and put her in a headlock during an argument.

According to public records, Lopez has been arrested four times by CPD since 2016 on such charges as aggravated assault, driving too fast for conditions, leaving the scene of an accident, resisting arrest and criminal damage to property.

Man arrested after search of his home

A 28-year-old Scottsdale man was charged with two counts of possession of a controlled substance, as well as possession of a large amount of cannabis, after he was arrested at his home in the 7800 block of South Kostner at 1:36 p.m. Thursday, Feb. 17.

Bilal Suleiman was apprehended by officers executing a search warrant on his home, a CPD spokesman said. 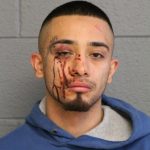 A 25-year-old man from suburban Oak Forest was charged with criminal trespass to a residence and assault after he was arrested at a home in the 7300 block of South Kedzie at 6 a.m. Sunday, Feb. 12.

Manuel M. Alejandro, of the 15300 block of South Orchard Lane, allegedly entered a residence and refused to leave—and then told a 48-year-old man, “I’ll kick your ass,” a CPD spokesman said.

A 54-year-old man from suburban Berwyn was charged with battery after he was arrested at a residence in the 7300 block of South Kedzie at 2 p.m. Saturday, Feb. 12. Fernando Martinez Gomez, of the 2800 block of South Harvey, allegedly slapped a 45-year-old woman during an argument. Arrested at the same time was 22-year-old Elizabeth Martinez, who lives at the Kedzie address. She was charged with battery after she allegedly punched the 45-year-old woman in the face. 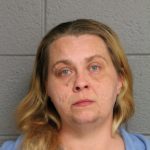 A 37-year-old woman from suburban Oak Lawn was charged with possession of a controlled substance after she was arrested during a traffic stop in the 3200 block of West 46th Street at 5:37 p.m. Tuesday, Feb. 8.

Crystal A. Frenden, of the 9800 block of South 53rd Avenue, reportedly was found to be in possession of a small amount of crack cocaine, a CPD spokesman said.