Skip to content
March 15, 2022/Comments Off on Charge 2 in ‘Christmas lights’ slaying

Two men have been charged in the December beating death of a 49-year-old man hanging Christmas lights outside his Gage Park home. 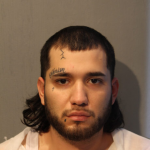 Téllez, a married father of three, was hanging lights with a daughter when the attack occurred. According to published reports, a neighbor also tending to holiday decorations heard the young girl scream and then saw Téllez lying in the grass, still clutching a strand of lights.

Téllez was taken to Advocate Christ Medical Center, where he died at 10:32 p.m.

The outpouring of sympathy from family, friends and total strangers was considerable, and a GoFundMe page raised more than $70,000 for Téllez’s survivors–$60,000 more than its goal. 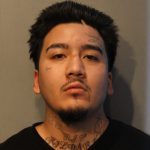 Late last week police and prosecutors said Barrios and Mendiola murdered Téllez as part of a four-crime spree starting on the Northwest Side and ending on the Southwest Side.

Officials named the pair in 13 separate crimes, with the final six in the Midway area.

After Barrios and Mendiola allegedly murdered Téllez with a crowbar and a baseball bat, they reportedly smashed the windows of a car several blocks away. At 6:49 p.m., they allegedly hit a person with a baseball bat and robbed that person of a cellphone in the 3800 block of West 56th Street.

At 7:08 p.m. in the 5800 block of South Kolmar, the pair reportedly hit another person with a crowbar and baseball bat, taking a bookbag from the victim.

At 7:29 p.m. in the 5500 block of South Albany, Barrios and Mendiola allegedly punched and robbed a person. Sixteen minutes later near 57th and Albany, they allegedly terrorized a man, his wife and four-year-old son as they sat in their car—breaking the windows and robbing them of $60 cash and the man’s paycheck.

Finally, at 7:50 p.m. in the 3400 block of West 54th Street, the two allegedly smashed a vehicle’s windows and stole cash and a cellphone from inside.

Police said the pair used Barrios’ mother’s car as they drove around committing crimes. Authorities said they later found a bat and crowbar inside the vehicle, and DNA and fingerprints were used to link the two to the string of crimes.

Each man faces between 25-29 counts of felony-level crimes.

Bond was denied for each man last Friday, and both were due in court again earlier this week.