Skip to content
March 18, 2022/Comments Off on City is anti-business, grocer’s son says 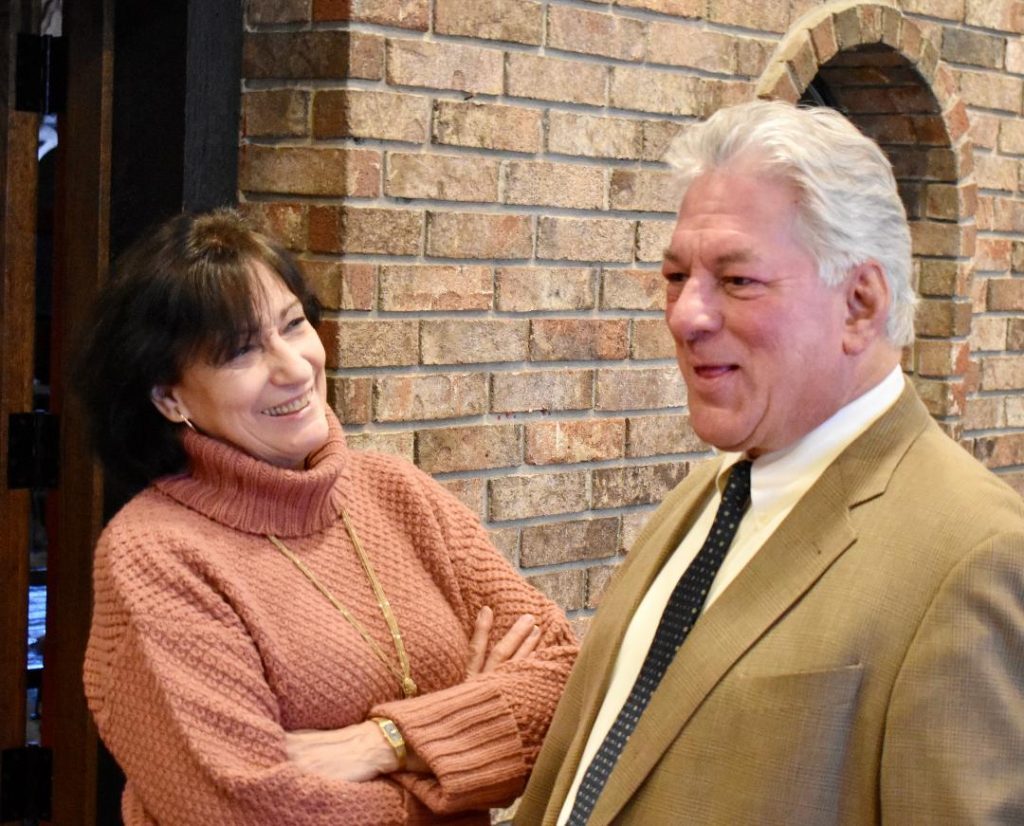 John Kass, whose father and relatives built a grocery business with hard work, knows about the pressures facing business owners in Chicago.

The city is not doing enough to help small businesses, the former Chicago Tribune reporter and columnist recently told a gathering of Southwest Side business leaders. 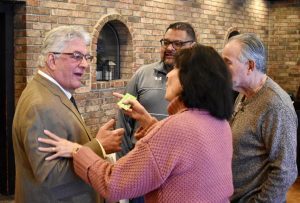 Kass spent years covering City Hall. He knows where the bodies are buried, so to speak. He knows the inner workings of the fifth floor, also known as the mayor’s office.

Now self-employed, Kass is a shop owner of sorts.

But instead of selling prime cuts of meat as did his father, Kass weighs in on a favorite game – politics – on his “The Chicago Way” podcast and his columns at johnkassnews.com.

On March 9, Kass was guest speaker at a United Business Association of Midway luncheon at the Red Barrel Restaurant in Archer Heights.

Kass was asked what can be done to help businesses owners on the Southwest Side.

“I’m thinking as a shopkeeper like I was and am,” he said. “Get the government off businesses’ back. Cut their taxes. … How can you have a business with (such high) taxes?”

He dislikes the city coming down hard on businesses.

“Don’t sic inspectors on them every day. ‘Why don’t you have the third sink?’ Know what I mean? ‘I’ve been cutting vegetables in this sink for 20 years, now you tell me to get another sink?’ That kind of thing drives people crazy,” Kass said.

He sees Chicago’s rising crime rate as a deterrent to business.

“How do you have a business when your customers think they’re going to get shot on the way to your business?” Kass asked.

He was very disappointed with Mayor Lightfoot when she endorsed Kim Foxx for re-election as Cook County State’s Attorney in 2020.

“What message is the Democratic Party sending?” Kass asked regarding crime.

“Gangbangers on ankle monitoring cap another person in the head. Gangbangers driving around, on electronic monitoring, but the monitor is plugged into the car.”

He said a person very familiar with politics told him “the Democratic Party is saying ‘get the blank out.’ It’s the truth.”

He will not support Lightfoot if she seeks re-election.

“Give me a law-and-order candidate,” he said. “You want a minority? Paul Vallas. Paul Vallas is a minority to me because Greeks are a minority. We weren’t even white until Jackie Kennedy married Aristotle Onassis.”

He recalled writing a column saying then-Mayor Richard J. Daley signed an executive order on the wedding day that Greeks were white. “People believed it. Satire is a bad thing,” Kass said smiling. 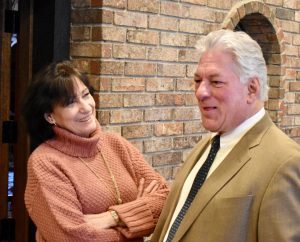 After the meeting, Steve Rosenbaum, president of Hoyne Savings Bank and a former Oak Lawn village trustee, said Kass was right about businesses.

“One of the biggest aspects we encounter is fees placed upon businesses, whether it be a driveway inspection fee, a sign inspection fee and the like,” Rosenbaum said “When he touched upon that, that’s what came to mind, fees added on with no service provided,”

“That’s why a business association such as UBAM serves as a real conduit to elected officials. We can have an exchange of ideas,” he said.

UBAM Executive Director Anita Cummings has been impressed by “the spirit of our people” battling crime and the pandemic.

“John re-emphasized the beginnings of success. Hard work,” Cummings said. “That’s how our businesses are. And, they’re in this organization to promote everybody’s economic development.”

In 2022, UBAM hopes to add more gardens, expand to Bedford Park and work with the city to beautify Cicero Avenue from the Stevenson Expressway to Midway, she said.