March 20, 2022/Comments Off on Batter Up: Richards and Stagg show resilience in baseball’s opening week 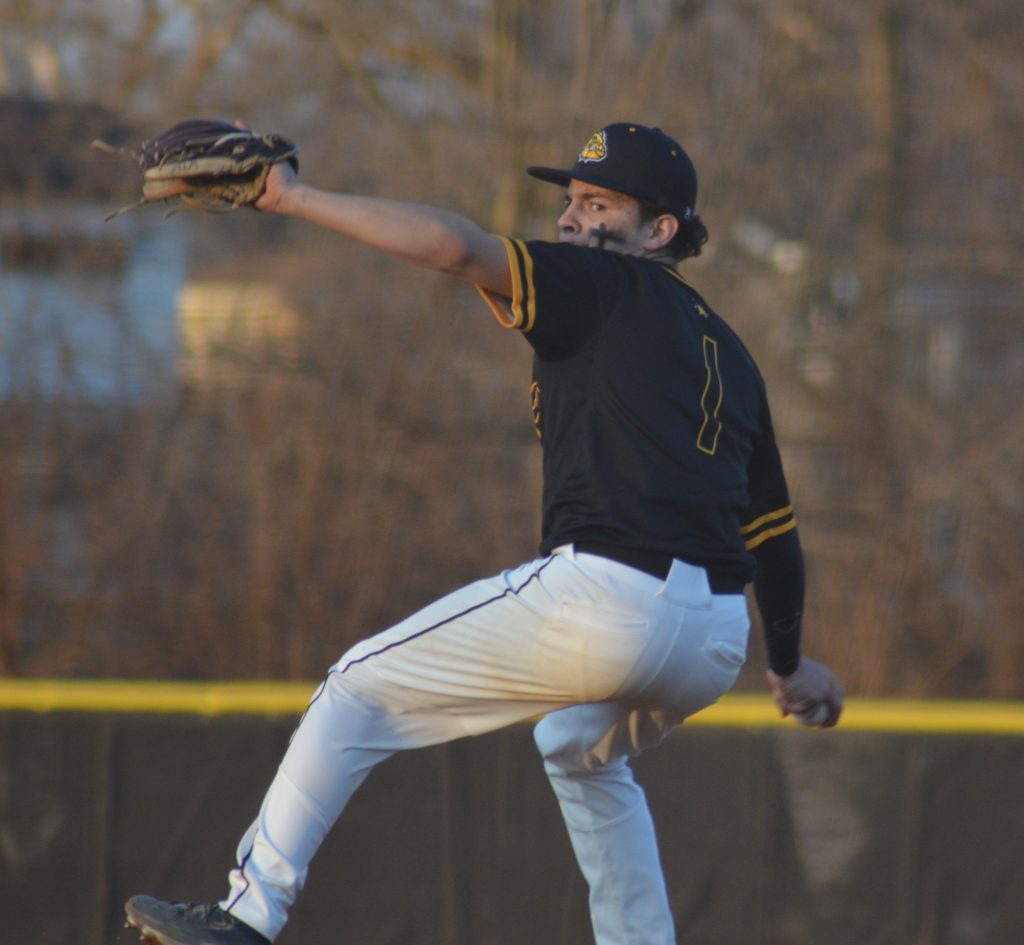 Richards’ Christian Rosales delivers a pitch in a huge come-from-behind victory over Stagg on March 16. Photo by Jeff Vorva

If the infancy of the high school baseball season has proved anything, it’s that Stagg and Richards are two resilient teams.

Just when they look down and out …

The Bulldogs opened the season on March 14 with a 4-0, five-inning road loss to Marist.

Officially, Richards had just two hits — both by Cole Maranda.

Unofficially, Richards’ players and coaches left the Mount Greenwood campus a happy group. The Bulldogs scored four runs in the top of the sixth to tie the game and had the bases loaded with two outs when the umpires called the game because of darkness.

Per IHSA rules, the game reverted back to the fifth inning, handing Richards a shutout loss.

“The guy said it was too dark, which it was,” Richards coach Jeff Kortz said. “We’re not complaining. But I’m so proud of the way they competed.”

Two days later, the Bulldogs were down 6-1 to Stagg in the second inning at home in Oak Lawn.

Christian Rosales pitched shutout ball in the final three innings and his two-run double in the third helped give the Bulldogs a 7-6 lead.

He may find himself as a closer on the mound, but against Stagg he became a closer with the bat as his RBI single gave the Bulldogs their 16th run to put an end to the contest.

“We all play well together, and we did what he had to do,” Rosales said. “We put up 13 hits and all of us contributed.” 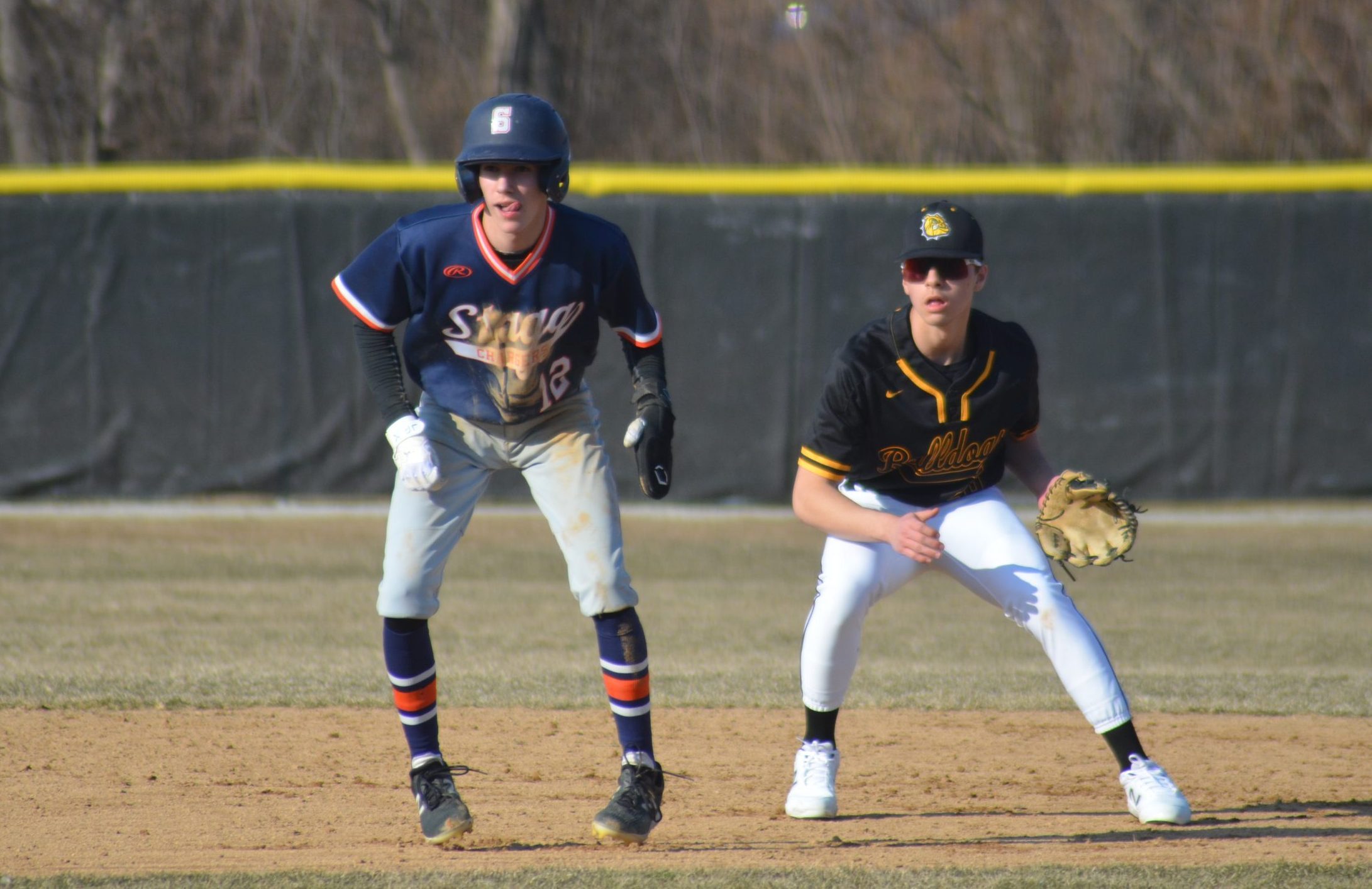 Stagg’s AJ Zavala (left) and Richards shortstop Ethan Lopez get ready during a pitch in their non-conference matchup in Oak Lawn. Photo by Jeff Vorva

The Chargers opened the campaign with a 10-2 road victory over Chicago Christian in Palos Heights. Mark Wolak had three hits and drove in three runs while Bobby Janski added three hits.

The next day, they their home opener to Simeon, 6-1, with errors hurting the Chargers.

Errors also played a role in the loss to Richards, as they committed five miscues.

Stagg coach Matt O’Neill wasn’t happy with the errors, but he said playing in 70-degree weather during what is usually unpredictable weather in March was a good thing.

It was a loss that was devastating, but the Chargers were able to bounce back. They played their fourth game in four days and won 6-3. AJ Zavala picked up the win with seven strikeouts and Janski walked three times and scored twice.

That gave the Chargers momentum heading into a trip to Alabama, where they were scheduled to play Pulaski Academy (Arkansas), Fort Smith (Arkansas), Boaz (Alabama) and Long (Alabama). 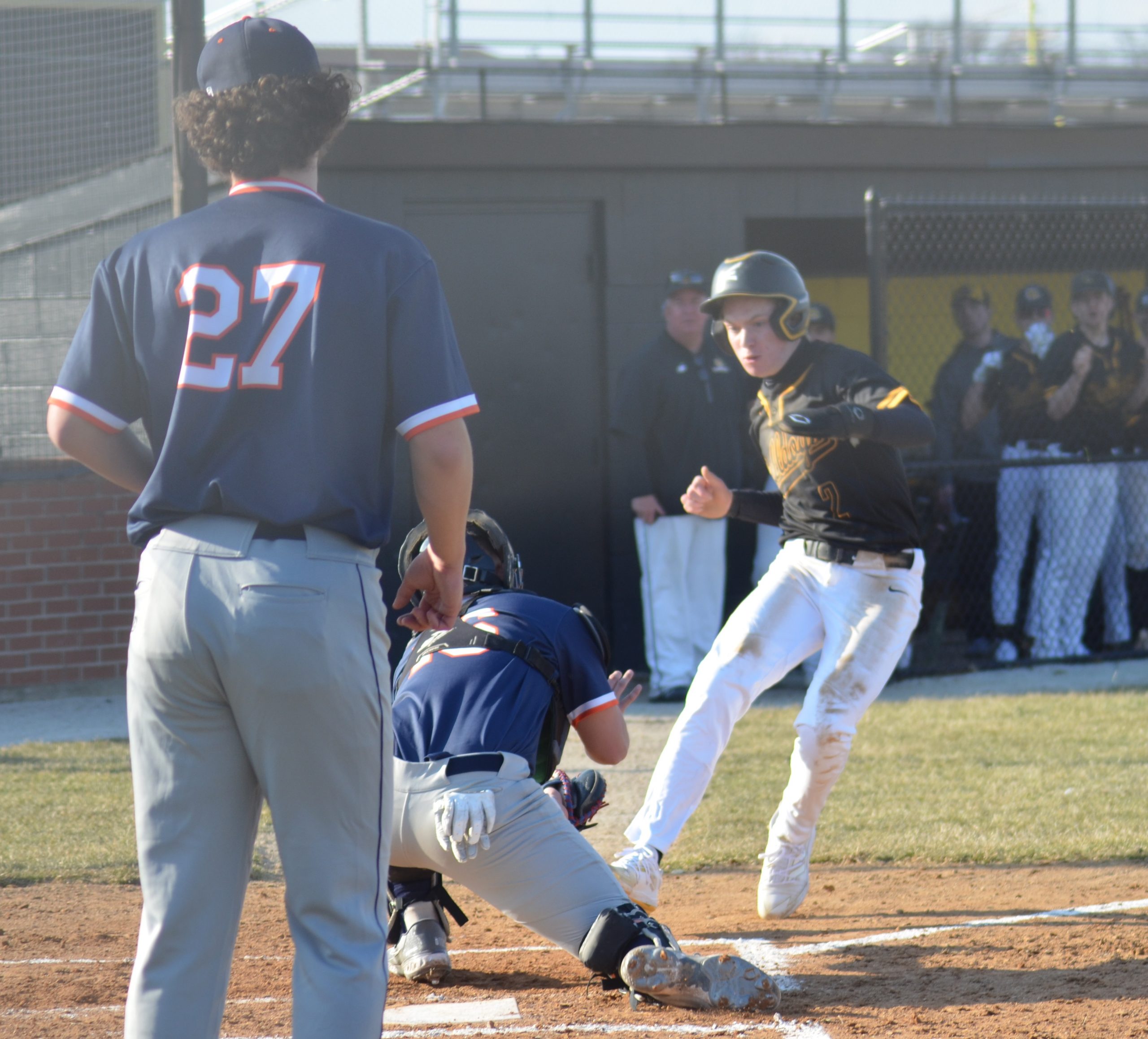 Richards’ Cole Maranda scores a run during a rally in a 16-16 victory over Stagg. Photo by Jeff Vorva