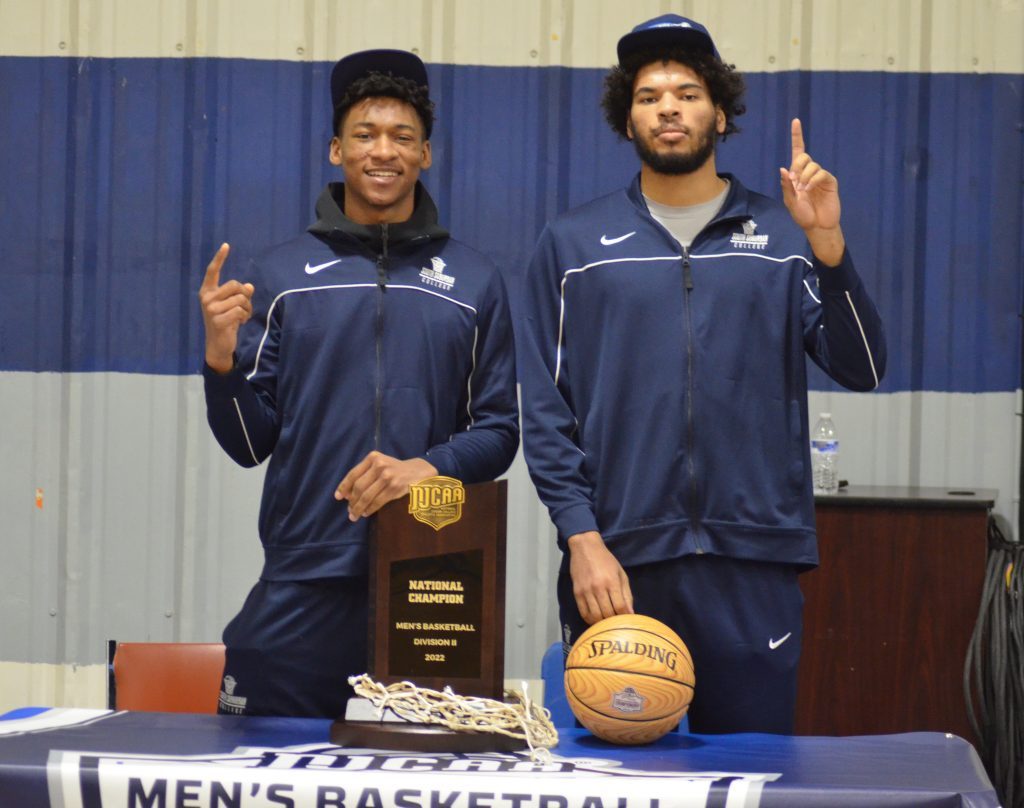 Area athletes participated in three national championship basketball games on Saturday, and a couple of them can lay claim to being national champs.

Bartmann, a 6-10 sophomore, started and had two rebounds, two blocked shots and a steal in the title game. Brundidge, a 6-7 sophomore, came off the bench at the end of the game.

“It felt good to be out there,” said Brundidge, a transfer from Governors State. “Everybody was happy.”

Neither player is sure what their future in basketball holds, but they hope to hear soon from four-year colleges.

Nazareth graduate Jovanna Martinucci and former Argo star Tadriana Heard, both sophomores, were key players for the Panthers, who ended the season 30-3. Heard was named to the all-tournament team.

To get to the title game, the Panthers hit 18 3-pointers in an 84-72 victory over CCBC Essex of Maryland in the semifinals. The victory snapped Essex’s 34-game winning streak.

It was the first time in Morton College’s history that any of its athletics teams made it to a national championship game.

Can the area get another athlete in a championship game?

Indiana University of Pennsylvania is in the NCAA Division II Elite Eight, which was scheduled to start on Tuesday in Evansville, Indiana.

Former Sandburg standout Tommy Demogerontas, who played at Moraine Valley and Northern Illinois, is a key contributor averaging 10.4 points and 6.3 rebounds per game.

All-Staters
No area players made the Illinois Basketball Coaches Association’s first-team all-state teams for 2021-22, but there were some that made second and third teams, plus some honorable mentions.

In Class 4A, Lyons senior Tavari Johnson was a second-teamer while Riverside-Brookfield senior John Paul Hanley, Brother Rice junior Ahmad Henderson and St. Rita sophomore Morez Johnson each made the third team. Of the 36 players on the first three teams, Johnson was the only sophomore.

In Class 3A, Mount Carmel junior Deandre Craig made the second team while De La Salle senior DaJuan Bates was named to the third team.

But don’t shine up a state championship trophy just yet for the RedHawks. Out of the top 15 nationally ranked teams, five are from Illinois. Barrington is ranked fifth, Glenbard West sixth, Hinsdale Central 13th and Lincoln-Way East 15th.

Marist and Lincoln-Way East could be on a collision course this weekend in Marist’s 24-team invitational.