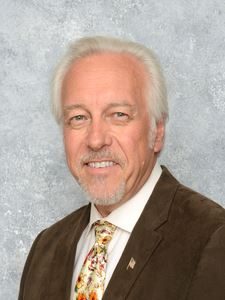 Insufficient parking has led the Chicago Ridge Village Board to put a damper a prospective business owner’s proposal for a live music venue in the 10700 block of South Ridgeland Avenue.

Damon Payton, a cousin of Walter Payton, came to the March 15 Village Board meeting seeking a business license to open Kola’s Kafe in a vacant storefront at 10721-29 S. Ridgeland Ave. Payton said he had experience working at the House of Blues and the Cubby Bear bar in Chicago since 2004 and wants to open his own place.

“My vision is to create a place to spend time with your close ones while listening to good music. I want it to be a hotspot for live jazz and blues music—the perfect spot for “date night,” he said.

But the proposal was tabled indefinitely after several board members noted the lack of parking and suggested more suitable sites are in the village. Payton said he had permission to use the Jack & Pat’s store lot next door after 6 p.m., but his business would open earlier.

“I love this concept but unfortunately, I don’t think it will work at that location. It is a tough situation there,” said Trustee Bill McFarland, noting that there are only three spaces on the street in front of the site. “I wish you would look at other available sites in Chicago Ridge, including in The Commons, where there is plenty of parking,” he added.

“I am on this board a little less than a year and you are not the first person we have told that to,” said Trustee Andrew Siegel. In fact, at least two businesses were given licenses for that site in the last several years, and they all failed.

“We probably should have stopped you at the staff level. You are not going to make a dime. There is no room to put anyone there and there is no foot traffic,” said Trustee Jack Lind. “I could not in good conscience give you a license. Until we can figure that (parking situation) out, it doesn’t make any sense.”

“I believe the board is trying to do you a favor here. We don’t want you to open and then close six months later. If there was a suitable location, I think I would love to see you here,” said Mayor Chuck Tokar.

The board also postponed a vote on a business license requested by the Turmosayya Association of Chicago to open a banquet facility at 6254 W. 111th St. after health McFarland and Trustee Elaine Davenport raised health and safety questions about the site. Representatives of Turmosayya, who want to relocate their facility now in Bridgeview, agreed to come back to a board meeting in April after the village health and fire inspectors check the property.

The board did approve a request from Police Chief Jim Jarolimek to return to the department command structure in place before Rob Pyznarski retired as chief in November. That includes having two deputy chiefs followed by a captain overseeing sergeants and officers. Jarolimek held one of the deputy chief seats, alongside current Deputy Chief Galske, and that slot can now be filled, perhaps by Captain Anthony Layman with promotions to follow down the line.