March 24, 2022/Comments Off on ‘Squatters’ are removed from Oak Lawn neighborhood 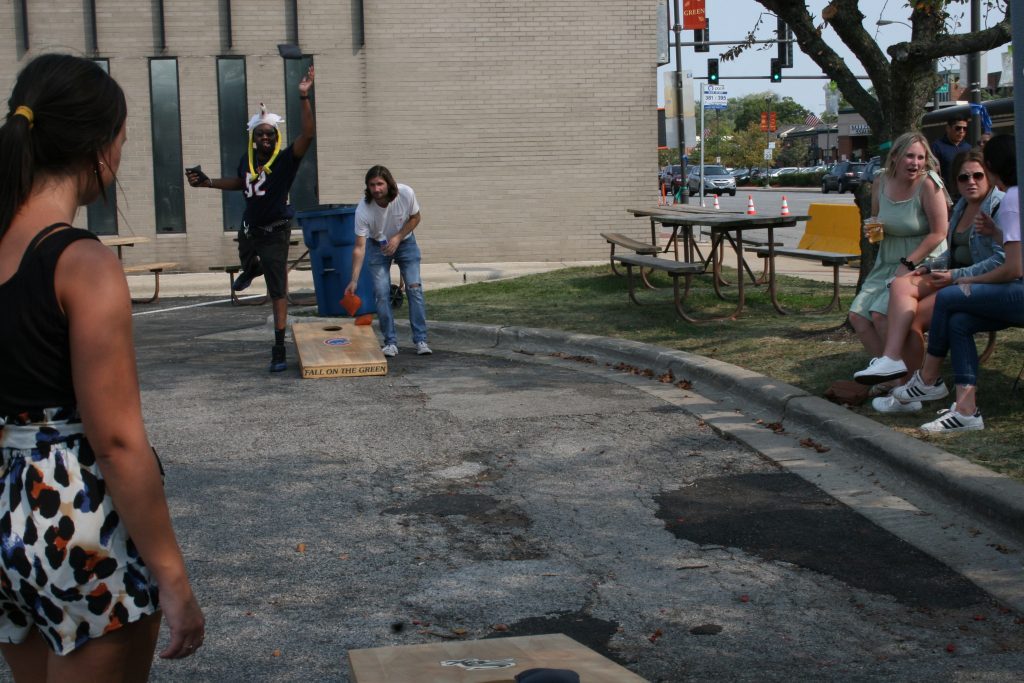 Bags and other adult entertainment will be the highlight of the new Fall on the Green this year. (File photo)

Adult music fest to replace Fall on the Green

While the effects of the pandemic are in decline, reports of “squatters” taking up residence in foreclosed homes in Oak Lawn has become an issue.

However, the village has begun to fight back and are eliminating the presence of individuals residing illegally in foreclosed homes.

Robert Douglas, who has lived for over 51 years on the block of 108th and Leclaire, thanked the police, the village board and Tom Phelan, the village manager, for their persistence in removing several squatters who had been living in a foreclosed home on that block.

“I just want to thank the council, the police force and village manager for all they have done,” said Douglas during the Oak Lawn Village Board meeting Tuesday morning. “After 36 hours, they were finally removed. It was ugly but it was done. The police did a great job.”

Tom Phelan, the village manager, said squatters have become an increasing problem in Oak Lawn due in part to the pandemic. An increase in foreclosed homes resulted in more individuals living illegally in residential neighborhoods.

But Phelan added that police can’t just break into these homes because each situation is different and there are laws protecting residents. Some of the individuals who are living in these residences are under the impression they are renting from a legitimate owner. However, that is often not the case.

“Police can only act to a certain point,” Phelan said. “It shows how clever they have become. They come with leases that are obviously bogus. But in this case, these squatters had been at a previous spot. It’s a problem and we thank the people of Leclaire Avenue for being so diligent about this.”

Phelan also had some positive news. Foreclosures are declining in the village and that means that the number of squatters in the village will be reduced.

Mayor Terry Vorderer added that if a situation regarding squatters develops on anyone’s block, call the police immediately.

Phelan then brought up another dilemma. Some residents have been inclined to feed geese near businesses and homes in the village. While they think they are helping wildlife, they are only creating a health hazard, Phelan said.

“Not only that, it can cause a rodent problem,” Phelan pointed out. “To make this clear, the police will not remove the geese. A third party will take care of that.”

Someone also said during the meeting that this has become an issue. He noticed that rodents increased near a certain location in the village after someone continued to feed the geese. The person added that with the help of the police, the problem has been eradicated.

Trustee Paul Mallo (3rd) said that the annual Fall on the Green event will be replaced with a musical festival appropriate for adults. The main reason for the change, Mallo said, is that issues have occurred with some youths becoming destructive during the fest.

Mallo said that items for children and teens will be added to the Concerts in the Park on Sundays and Movies in the Park during the summer months.

Phelan explained that the changes to the Fall on the Green had to take place.

“The adult stuff was fine, but the kids stuff became a problem,” said Phelan, pointing out there were reports that youths and young teens were yelling at people and being disrespectful.

Instances were also reported in which kids were throwing around pumpkins, Phelan said.

“Trustee Mallo came up with the idea of adding more kids stuff during the summer,” Phelan said. “There will be changes and people will have to get used to them. In the past, we had Oak Lawn Days and we don’t have that anymore. We have had a lot of great events and a lot of great history. But sometimes changes are needed.”

An announcement on the expanded bus service should be coming soon, Vorderer said.